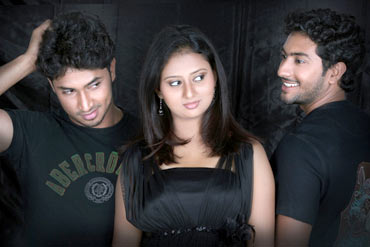 Premism, Thipparalli Tarlegalu and Satya are the three Kannada movies releasing on the same day this week.

Premism is for those looking for a "youthful entertainer with an unexpected climax" while Thipparalli Tarlegalu, starring Komal, is a political satire. Satya is "a touching" love story by SK Films that has churned out super hits like Shh... and Anuraga Sangama.

Premism, directed by Ratnaja of Nenapirali fame stars Amoolya, and debutants Chetan and Varun. The film is partly based on a true incident that the director had heard. "Chetan and Varun are childhood rivals despite their fathers -- one a police commissioner and the other a constable -- being best of friends. Things heat up when the two boys fall for the same girl," says Ratnaja. He adds that the climax will be beyond everyone's expectations.

"This film has been a wonderful experience more so because the character is like the real me. I've experimented with my looks as well. You'll see me in gowns for the first time," Amoolya says.

Speaking about dubbing, she says, "I play a matured character and thus was not sure if my voice would suit my character. But my director coached me through it. I'm happy with the end result," she says.

Varun, who has been working closely with the producers for over three years now, is also happy with the way the film has shaped up.

"A scene where a car comes and hits me during a fight sequence has especially come out well. People will also like the Sa ga ma pa ne sa song that we have shot at Teerathgarh falls, Chattisgarh," he adds.

The team has shot in Belgaum and Mysore.

The film was due for release in January and in defense of the delay, he says, "Post production work consumed time. Also as the length of the movie is slightly more we waited for students to finish their exams, so that they could spend more time in the theatre."

Finally, why the title Premism?

"This is a youthful entertainer with love as its central theme. As love translates into prema in Kannada, I wanted to use it in the title. Also 'ism' is usually attached to negative concepts and I wanted to change this. After the film releases, Premism will be a popular phrase among lovers." 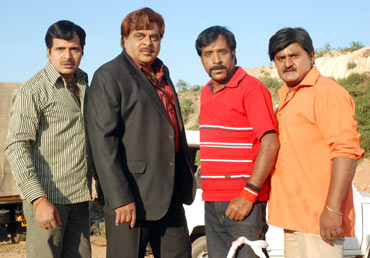 If love stories are not your cup of tea, they why not go for Thipparalli Tarlegalu, a political satire that shows the apathy of politicians and bureaucrats towards common man.

A barber, washer man and tailor, played by Om Prakash, S Narayan and Komal, respectively are the main protagonists. Tired of government neglect, these three decide to do something for the residents of their locality.

The story is about how these three make away with a truck load of unaccounted money from a politician's office and use it to serve the poor. Ambareesh as Kanwar Lal (A legendary character he played in Antha, also directed by Babu) helps the three men in their mission against corrupt officials.

Ultimately this film urges people to question the lackadaisical attitude of officials and politicians.

He will also be heard speaking Marathi in the film, which has been shot in the slums of Laggere, Bangalore. "A heart wrenching incident took place while shooting there. In a scene, some new artistes were to show clogged drains to the visiting 'corporation officials'. They ended up touching real drainage water as they feared that if they didn't seem natural in their act, they would be yelled at by the crew. This shows how struggling actors are ready to go to any lengths to get a role!"

There were confusions regarding who owns the rights of the film a few days ago, however the director said that everything was under control and the issue would be sorted out. 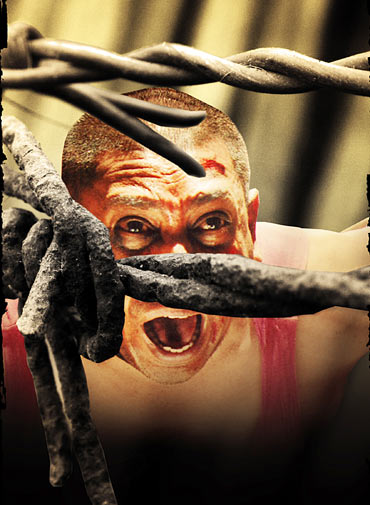 Satya, which stars Kumar Govind and Dimple, is a story of a village boy wanting to become a doctor.

Dimple pays his college fee to return a favour and as the film progresses, even develops feelings for him. A scheming classmate of hers however hatches a plot to separate them.

Govind has written, directed, choreographed and produced the film.

"Satya is an honest film. I'm sure it'll stay in the hearts of people. I've taken a risk with the screenplay and hope people will like it. I've shown the film to a few industry and media friends and all of them went home satisfied," says Govind, who was last seen in Upendra's Dubai Babu. Satya has been shot across India.