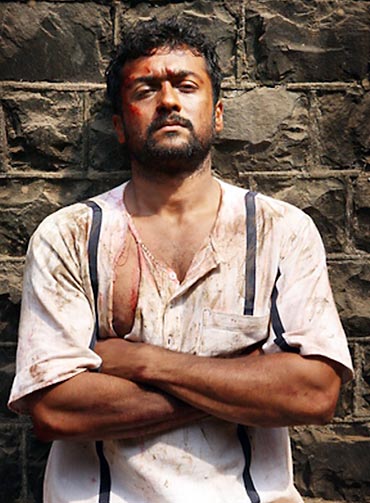 In Tamil, after Kamal Haasan, Suriya is considered an actor with tremendous range, and unlike his contemporaries Ajith or Vijay, he has the potential and courage to experiment with roles.

His performance in the Tamil original Ghajini spawned a Hindi remake of the same name starring Aamir Khan, who praised the Tamil actor's understated and subtle performance.

In this exclusive interview to rediff.com's Shobha Warrier, Suriya talks about working with RGV and choosing a film like Rakta Charitra as his debut film in Hindi. Excerpts:

Was it to expand your horizon as an actor that you accepted RGV's Rakta Charitra?

I've been in the Tamil industry for at least 10-12 years. Luckily I got the chance to work with great directors on some great scripts. I still get good work in Tamil. But when interesting characters and scripts available in other languages come to you, you don't feel like saying 'no' to them. So yes, in that way, it is like expanding my horizons as an actor.

Ram Gopal Varma has always fascinated me as a director because he creates his characters differently and takes his ideas to new heights. So, I knew unless I got out of my comfort zone, I would not be able to enjoy his style of film making. He will not come to Chennai to make a Tamil film, for sure. So, the only possibility for me is to get out and be a part of his venture.

I am happy in Tamil, and I had no desire to be accepted as an actor who acted in a Hindi film. I didn't want any hype about the Hindi film I am doing; I want to concentrate on the film and the character. I will be happy if I am appreciated for the work I am doing. 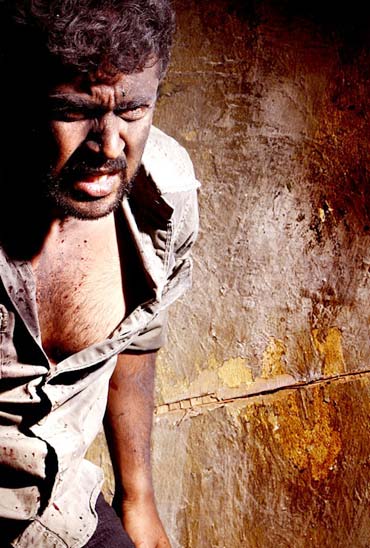 So it is not the fact that it is a Hindi film which means national exposure, but the character that fascinated you?

Of course, the story and the character fascinated me the most. With all due respect to the national audience and a big platform that Hindi films give, I want to do good work and be appreciated for it. I don't want the hero tag when I am acting in a Hindi film. I don't want anyone to say that another Tamil hero is trying to make it big in a Hindi film.

What exactly interested you about Suri who is a real life character?

Rakta Charitra is inspired by real life incidents. It is not from anyone's imagination that he was created. He is a fellow human being who went through many gamut of emotions in his life. For me, as an actor, it was a journey to live the emotions he went through in real life. I found his journey very exciting.

How did you assimilate the character and his emotions, and started the journey?

Actually I didn't go to any jail or do any research for the film. I only followed the briefings and explanations given by Ramu sir. Of course, I have seen some photographs of Suri.

Did you read about him?

I went through a brief synopsis of what happened to him. Basically, I had no intention to do a caricature of him. I didn't want to be his xerox copy.

So, your portrayal of him will be an interpretation of him, and what he went through?

You can say that. It is the way I see that character and portray him on screen. I have only looked at the whole thing as extraordinary reactions to extraordinary situations by an ordinary human being. It is like understanding what he goes through when he was put in extreme situations. What he has gone through, the gamut of emotions, I have not seen in real life.

'Ramu sir has complete control over what he does' 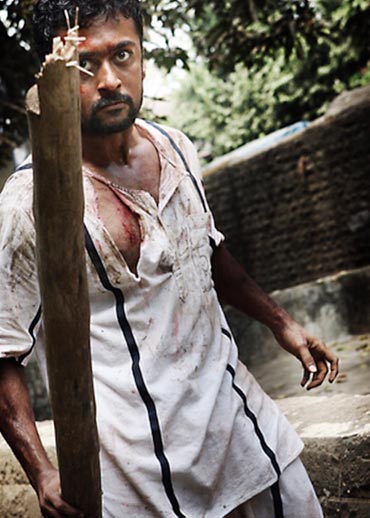 When Ram Gopal Varma offered you this film and the character, did you ask him, why me?

Actually, I didn't because we had been discussing about many stories for quite sometime but nothing took off. One day, he told me this story and said, 'you should do this film and this character.' Soon, the discussions turned serious. He felt, it was more than doing another Hindi film, and I also felt the same.

How was the experience of working with Ram Gopal Varma?

I would say with Ramu sir, I don't see myself as doing a Hindi film. I might have got offers from other people but the south connection really helps. He was able to understand what I felt about many things. He was able to bridge the gap. I think it happened with Kamal sir, Rajni sir etc with producers from the south. I am enjoying working in the film mainly because Ramu sir is from the south and there is that comfort level.

I was able to sit and chat with him like a close friend. He speaks very intelligently about anything on cinema, and he has analysed the medium so much that it is a pleasure talking to him. You learn so much from him. He also has complete control over what he does. 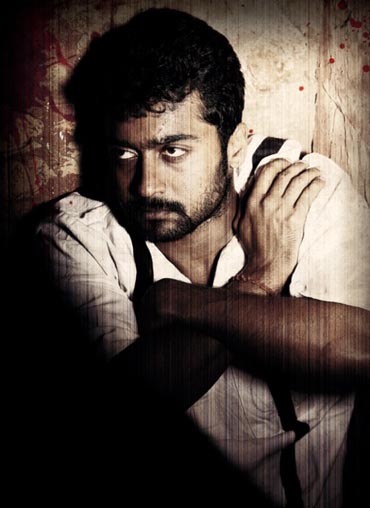 Have you picked up Hindi now?

I have a tutor who teaches me the language, so I am a bit familiar with the language. Now, I have started liking it.

Ramu sir is making this film in Hindi, Tamil and Telugu, and he saw to it that we shot the Tamil version first and then moved to the other languages. I feel close to the film because I am basically a Tamil actor. I get the emotions right because I know the language.

Was it tough working in a language that is not known to you?

It is tough because you don't get the nuances of the language. If you know the language, you know how to modulate a word to your advantage. On paper, a word may sound different. It even sounds different when an assistant director or director says it. What is more important is how you use the word and the emotion when you utter the dialogue. It changes according to the personality.

Recently, Sudeep said that the Hindi film industry is not very welcoming to south Indian actors. Do you feel that way?

I don't know. I have only worked with Ramu sir so far. I think you have to produce good work, that is all. So far, I have not felt anything different in the work space.

One thing I must say because of the interviews Aamir Khan had given about me during Ghajini, there is a lot of respect for me. In every interview, he used to say, the original was done by Suriya and whether he would be able to match my performance. It was very nice of him to say such things. I must really thank him for putting me on a pedestal. Not many actors do that. So, a lot of people look up to me from Aamir Khan's words.

'I don't see myself doing a lot of Hindi films' 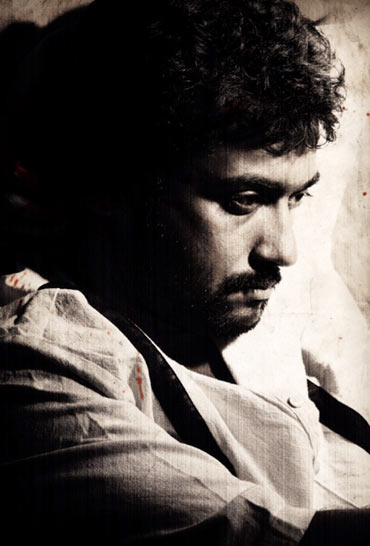 Recently Ram Gopal Varma wrote a blog about you as Mr Eyes...

I know. I read the blog [laughs shyly]. I think he has praised me too much in the blog! Ramu sir kept saying this while shooting. He also said that he booked me because of my eyes only, because the original character's eyes are very powerful.

Thanks to my director Bala sir, I have trained myself to use my eyes while acting. I think there are other actors who are more powerful with their eyes in expressing emotions. I must thank him, though for his kind words.

Are you looking forward to the reaction to your first Hindi film, or are you only interested in the character?

Of course, I value the response. It is another segment of people with a different sensibility altogether. I will be happy if I can satisfy their sensibility. I will be happy if I am accepted and am looking forward to the release of the film. But I don't see myself doing a lot of Hindi films. I will do a Hindi film only when I get a character that I will not get here in Tamil. Tamil film directors and Tamil people are making me more than happy, otherwise.

Your next Tamil film is a commercial one like Singam. As an actor, how different is it for you to act in a film like Singam or Vaaranam Aayiram or Rakta Chartira. What are the kinds of films you enjoy?