Vote: Which Raima look is the best? 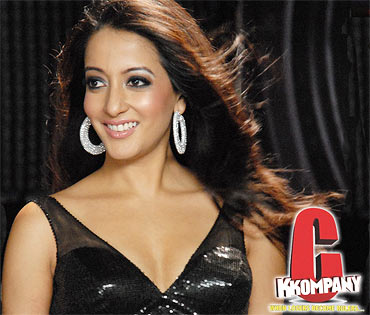 Offbeat by choice, Raima Sen is least interested in joining the swimsuit brigade.

Instead the reserved beauty aims to leave a mark by doing exquisite films and roles. Be it her bit role as Shabana Azmi's daughter in debut Godmother or a young widow in Aparna Sen's upcoming, The Japanese Wife.

No wonder there's nothing run-of-the-mill or filmi about her on screen style. A peek into her changing looks in the movies. Vote for the ones you like best at the end of this slide show.

Considering her consistently earthy styles, it's quite a surprise to see Raima transform into a quintessential Bollywood heroine in this glamorous black number in Ekta Kapoor's leave-your-brains-behind brand of comedy, C Kkompany. 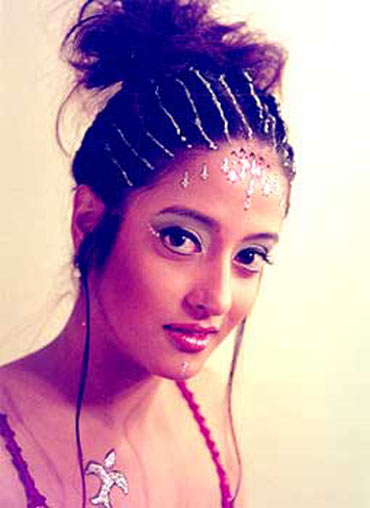 Her Deepa is significantly contemporary and rebellious in her presentation. A tad too defiant, if we may say so what with all that bling in her hair and glitter tattoos all over. 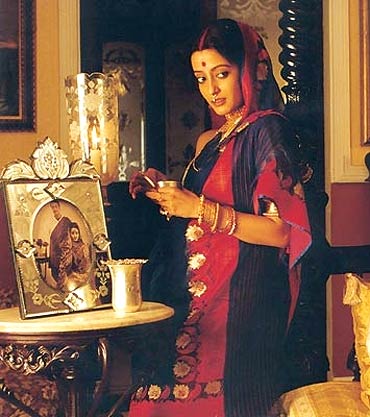 Although predominantly an Aishwarya Rai vehicle, Rituparno Ghosh's adaptation of Rabindranath Tagore's novel stars Raima as Ashalata, a naive newly married girl exploring the various facets of her rather active intimate life while involuntarily competing with Rai for her husband's affections.

Set in early 1900s, Raima channels the Sen factor to look every bit of a traditional Bengali bride. 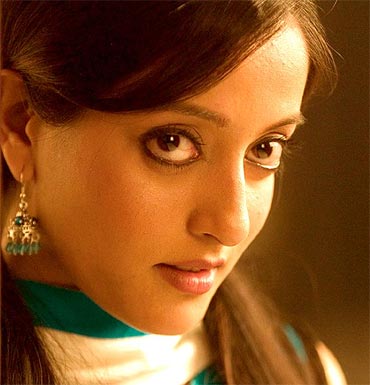 To her credit the actress does complete justice to her puff sleeves and comely pigtails. 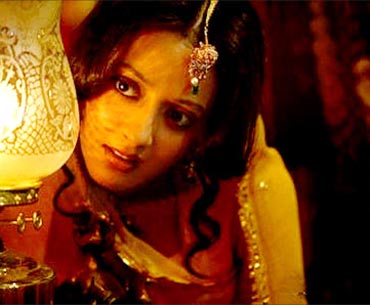 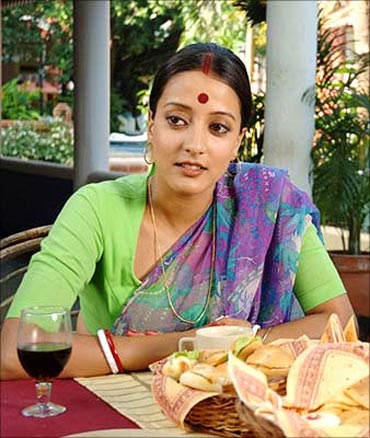 As the secretly spirited, newly-married on her honeymoon reluctantly adhering to her conservative husband's traditional values, Raima is comfortably ethnic in floral print saris and an oversized bindi.

It's not a look we care for but Ms Sen totally works it. 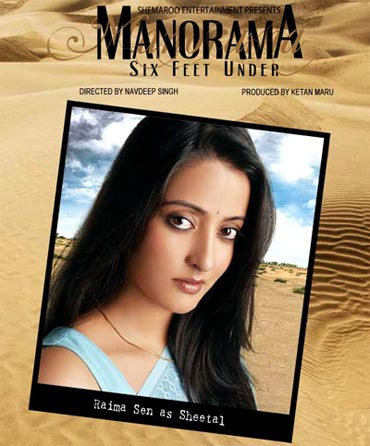 Doe-eyed Raima is back to her ethnic ways as the salwar-kameez clad vision of small-town simplicity in Navdeep Singh's striking tribute to Roman Polanski's Chinatown.

She never gets it wrong, does she? In Aparna Sen's Raima plays a white-sari clad mom to an eight-year-old sharing a unique friendship with Rahul Bose who's married to a Japanese pen friend.

Her look may be sober but it's an interesting shade and if the promos are anything to go by, she's got another feather in her brief but mostly delightful oeuvre. 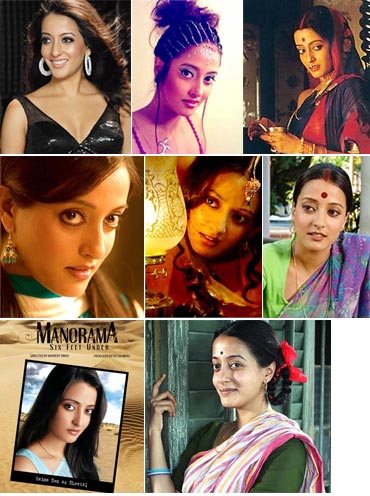