Why Bond is better than breakfast 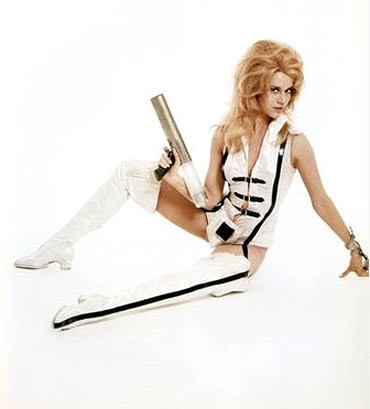 Image: A scene from Barbarella
Raja Sen in Mumbai

Men who make lists scarcely take other ones seriously, and so it is with me and this latest poll coming our way via the BBC's Radio Times. The publication asked over 2000 men and women about their favourite, most iconic female characters in filmdom.

The results are hardly surprising, men picking out characters gifted with incredible bodies who rocked very little clothing, while women choosing sass over skin and characters stronger than the films they were in. Mostly, that is.

I was asked for my take on the Mars/Venus choice wars, and while lists really prove nothing at all, this one's fun because of how obviously divided the choices are, and also because I just wanted to picture five terrific catfights. Heh. 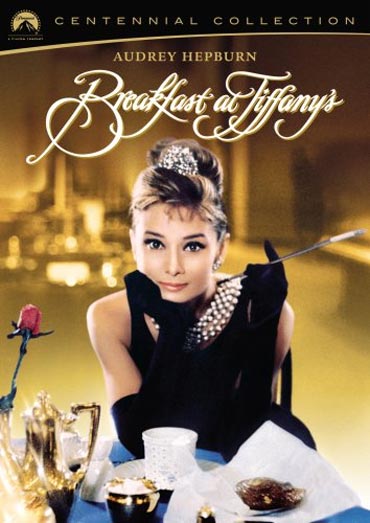 Image: A poster of Breakfast at Tiffany's

Julia's Vivian Ward knows sportscars and sex, but the reason women root for her is cause of how completely she buys into the fantasy of a man in shining Porsche coming to her rescue and sweeping her away from the world. Oh, and that smile.

Meanwhile, all men love Hepburn's Holly Golightly but it just isn't something most of them admit. Golightly is an inimitable screen character, a sophisticated stunner who takes a few dollars for the powder room, and while cloaked by both euphemism and Givenchy, is the single-finest screen prostitute of all time.

Vivian's thigh-high boots would easily give her an early advantage, and the scrappy streetwalker surely tougher than her elegant counterpart.

But don't forget that Holly's army of suitors includes the dubious Sally Tomato and a future President, and that the first sight of Golightly blood would drive the chauvinists into a 300-ian frenzy, trampling Vivian with malice far more hardcore than a snooty store assistant.

Holly all the way, undoubtedly.

4. Travellers of lands far far away 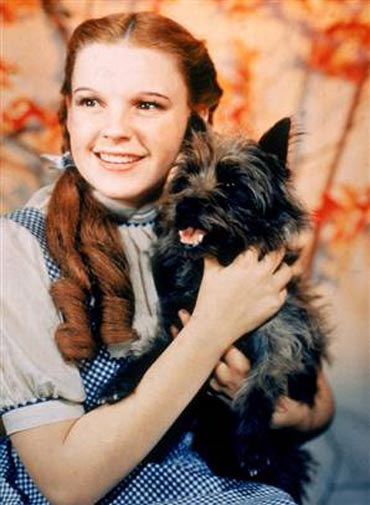 Image: A scene from The Wizard of Oz

At number four, we see two excessively disparate characters who each made great, memorable dents in space and time.

The men pick Jane Fonda's ridiculously ravishing Barbarella in that delicious film of the same name, while the women pick Judy Garland for her role as Dorothy in The Wizard Of Oz.

Garland drips innocence as Dorothy, going from black and white Kansas to the technicolor magic of Oz, and finding friends and foes along the yellow brick road.

On the other hand, Fonda's Barbarella wears an infamous costume that ensures men sit bolt upright and enjoy every moment of B-movie goodness and surprising style, especially the naked opening credits.

Dorothy's killed Wicked Witches and battled flying monkeys, but you have to admit Barbarella's charms are of an all-encompassing kind.

If the woman in that outfit can seduce an angel, she can make a pretty good run for getting Dorothy hot and bothered -- quite like a moment from Alan Moore's Lost Girls. The winner in this fight is purely us, fellow fanboys.

3. Girls living high above us 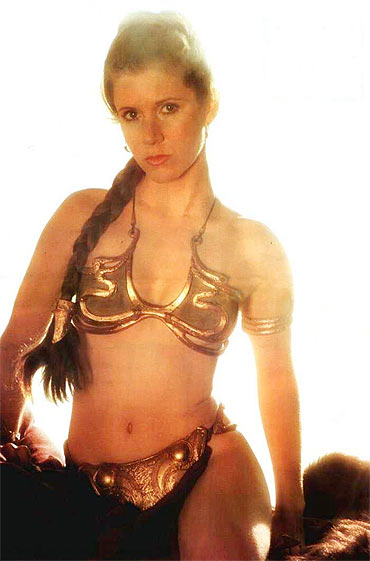 Image: A scene from Star Wars

At number three, there are a couple of ladies who really might not be that different after all.

Men pick Carrie Fisher for her role as Princess Leia in Star Wars, while women go for Julie Andrews as Mary Poppins in Disney's supercalafragilisticexpialidocious adaptation of PL Travers' books.

Poppins lives above the clouds and comes down to earth using an umbrella as a parachute, changing children's lives and opening their minds up to imagination.

Princess Leia does essentially the same thing, only she does that by wearing a shiny swimsuit.

The thing about Leia -- and nobody should ever diss that gold bikini -- is that men have really only voted her onto this list because Darth Vader can't carry it off.

Poppins, who can animate the world just to teach kids to drink their medicine on time, is going to own this battle as she shows Leia just why her Oscar-trophy gold is better bling than any twopiece. 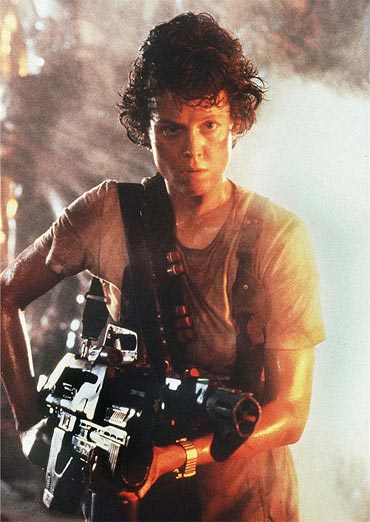 At number two, men vote in arguably the toughest screen babe of all time, Sigourney Weaver's Ellen Ripley who kicked butt all through the Alien movies.

Women, on the other hand, pick an even more iconic female character, albeit one who combats war with overwhelming love, Julie Andrews' unforgettable Maria in The Sound Of Music.

Maria, a free-spirited nun frequently finding herself in trouble, plays initially unwilling governess to the family of a strict disciplinarian non-Nazi, in a life sprinkled with songs, while Ripley takes on an alien who kills the rest of her crew, sleeps for 57 years, and is sent to battle more aliens when she wakes up.

Ripley truly is one of cinema's most influential action heroines, one who stood her own steam without any men to take away from her blockbuster-redifining spotlight.

Maria can turn curtains into dresses and solve tween troubles with wonderfully musical ease, but that really isn't likely to help as Ripley hunts her down and shows her just how lethal brown paper and string can really be.

Ah, this one's a shoo-in for Ripley.

1. Why Bond is better than breakfast 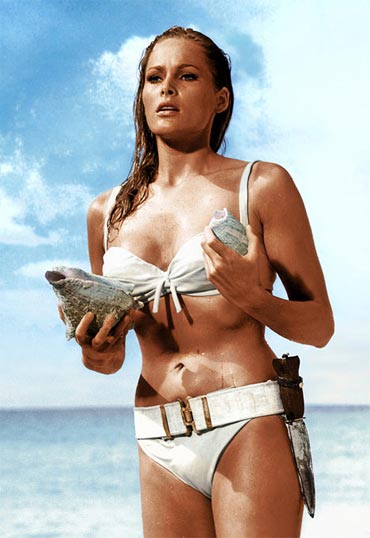 Image: A scene from Dr No

At number one come a pair of big guns, the men voting in the first and arguably hottest Bond girl of them all, Ursula Andress playing Honey Ryder in Dr No.

The women, on the other hand, class things up by going to the single most beautiful woman in history and to her most iconic, most gorgeous part -- to Audrey Hepburn's Holly Golightly in Breakfast at Tiffany's.

Honey Ryder walking out of the waves is one of the most memorable moments of screen libido, and while the Swiss goddess might not be the most conventionally beautiful of Bond girls, she's the first and the rawest.

Meanwhile Golightly -- who can casually climb into bed with a neighbour who looks like a brother, wrap a blanket around herself because she's out of partywear, and can play Moon River on an acoustic guitar and make it sound better than ever -- is the ultimate in desirable females, but we're scared of saying that simply because she's too good to be true.

Oh come come, you know Holly won't fight Honey, honey. She'll take one look at the fit-looking beach babe, widen her lovely eyes to the point of apoplexy, and start pouring her drinks.

Within the hour we'll see Ryder collapse, right in the middle of a Manhattan party, with Rusty Trawler carrying her out helpfully while Holly bats an indulgent eyelash and waves her cigarette holder triumphantly.

Oh, Breakfast beats Bond any day of the week. It's just that we men aren't man enough to admit it, really.