Ready for these hot babes and a Prince? 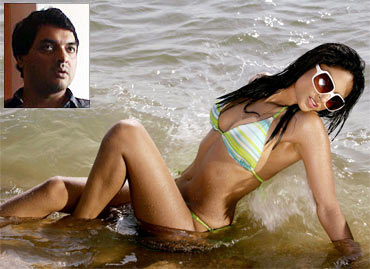 Image: A scene from Prince
Nithya Ramani in Mumbai

Debuting as a feature film director with Prince, Kookie says that the film pushes the envelope as far as technology is concerned. What's more, he got Shiraz Ahmed (writer of Race and Wanted) to write the script, which he says is a huge plus point.

A music video director for the past nine years, Kookie has been under the Tips banner right from the very beginning. The movie, produced by Tips, stars Vivek Oberoi, Aruna Shields, Nandana Sen and Neeru Bajwa.

Kookie spoke to Nithya Ramani about the film, its technology and why he chose to go with new faces. Excerpts:

'If we had taken known faces, the mystery would have been lost' 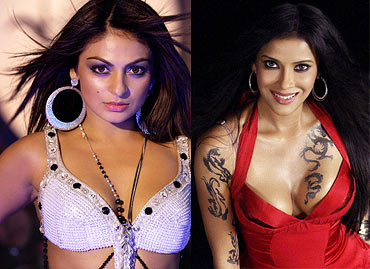 Why three heroines and new ones at that not counting Nandana?

If you look at the pictures of the three actresses, you will realise that they range between the two extreme ends of a spectrum. That is exactly what we wanted. We wanted each actress to come across strong on the screen. The film is about six days of the characters' life which means we didn't have the luxury to building up the characters.

The person should come onscreen, make an impact, make you know her immediately and create the distinction between the other two. Neeru, Aruna and Nandana are three extremely different people.

As far as Nandana is concerned, I would like to mention that as important as the action is for the film, the acting quotient is equally or more important and that is why we needed someone who could pick up lines in no time and deliver the best. Nandana has a great character in the film with different shades. I needed someone who could play the role convincingly. She too took it as a challenge and did something that she hasn't done before.

We picked Aruna because we were planning a music video at the same time and all my music videos have new faces. I searched for models through the Internet and an agency in London where I happened to see her portfolio. She looked interesting because she is half Indian. She has the looks of an Indian but an attitude that is not from here. Knowing her better, we learnt that she was fearless and that is what we wanted for this film.

Neeru is a Tips artist and she has done a few Punjabi films. I have also worked with her in a music video. One of these three girls is Maya and if we had taken known faces or even one known face, then that mystery would have been lost.

'I wanted Vivek for his acting abilities' 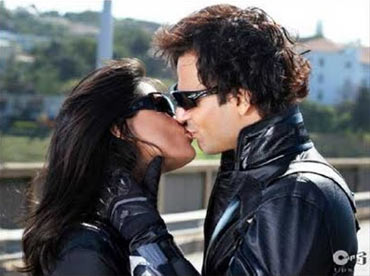 Why Vivek as Prince?

I have known Vivek for the past nine years and I wanted him mainly for his acting skills. We had two or three choices but zeroed in on Vivek. We wanted someone who could pull off the character and raise the bar physically.

Who came first? Tips or Vivek?

More or less the same as I have been working and making music videos with Tips for the past nine years, and like I said, I've known Vivek for about the same amount of time. 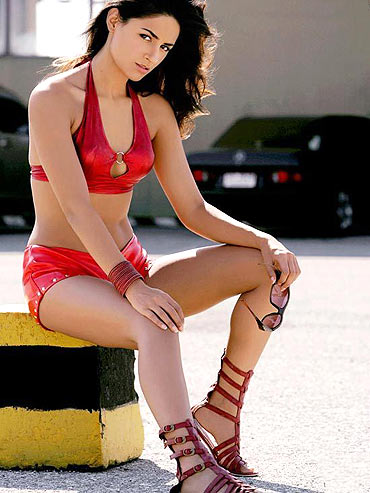 What made you do the pre-viz [technique that attempts to visualize scenes in a movie before filming begins]?

When you decide to do an action movie, it is very important to be able to connect with your crew. You may have an idea in mind but when you tell it to your crew, they will wonder how it will be done. That is why I came up with the idea of pre-viz.

People can actually see what I am thinking and understand what I want in my movie. Our first day of shoot was with 350 people and eight cameras on top of a building where Vivek was supposed to jump off. We canned that shot in a day or two. Now to be able to do that, the heads of all departments need to be on the same page.

If not for the pre-viz, it could have taken six days easily.

We got a story board artist who made the story board [series of illustrations or images displayed in sequence] first and then we got an animator who animated the story board. The length of the pre-viz was about an hour while the whole film is two hours and six minutes.

'Music is an integral part of my film' 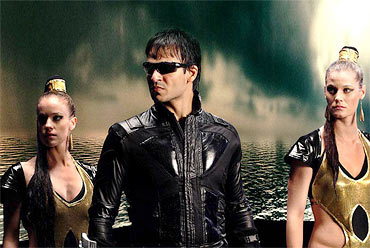 Being an action film, what is the importance of music in your film? As the movie is produced by a music company, was there pressure to add songs in the film?

No. There have been many action movies like Don, Dhoom, Race and many more that had strong music albums. Being a music video director, it is not possible not to have music in my film. I feel music is an integral part of my film. The film has three songs and two background tracks. The music flows with the film and the characters and at no point will you feel that the song has been inserted unnecessarily.

Kumar [Taurani, managing director of Tips] was very clear that we shouldn't add songs just for the heck of it. He gave me the freedom to use the songs. He said that we weren't out to make a music album, but a film and whatever the film requires is what we will use.