From Jai Ho to Hosanna 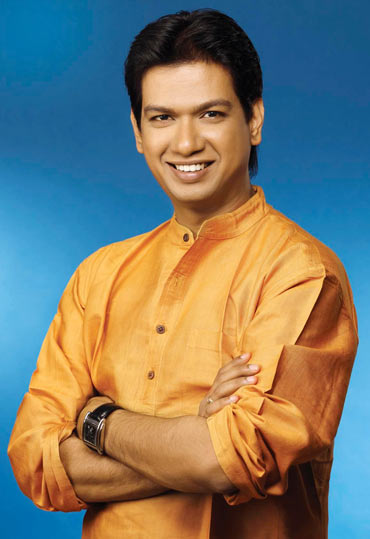 In fact, a song from the film's album, Hosanna composed by A R Rahman and sung by Vijay Prakash, has become equally popular.

The song is such a rage that Prakash, whose earlier success was Jai Ho from Slumdog Millionaire, has become a sensation in Tamil Nadu.

In this interview, the classical musician from Mysore, now settled in Mumbai, talks about his famous song, meeting Rahman and singing for him. Excerpts:

When you sang Hosanna, did you expect it to be such a rage?

When I sing, I give it my best and expect it to be a hit. But frankly, I never expected Hosanna to be such a huge hit. Definitely, the credit goes to Rahman. I was lucky to get the song because it would anyway have become a hit!

How did it come to you and how was the process of singing it?

Soon after the Oscars, Rahman sir was working on Vinnaithandi Varuvaya and Hosanna was one of the songs he composed first. I got a call from him. Gautham Menon sir and Thamarai, the lyricist, were also there when I went to meet him. The lyrics were ready when I reached there. So all I had to do was sing. The melody was so beautiful that I had to only sing it as a simple song. 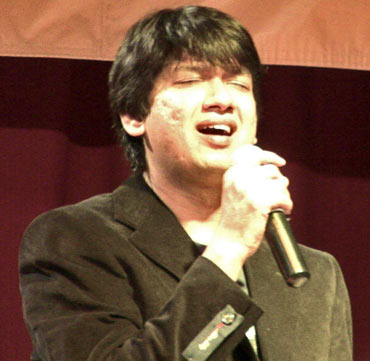 How long did it take you to record the song?

It took me around two hours. Rahman sir wanted a simple and soulful rendition. It was so easy that I enjoyed singing every line of it. Because it had a very good swinging rhythm, whether you are a singer or not or whether you like music or not, you will unknowingly dance to the tune.

What was Rahman's reaction after you finished the song?

If he likes what you do, he will immediately express his opinion. He is always very supportive and encouraging. You can always tell when he likes a song.

It was a very happy situation in the studio. I enjoyed myself while recording the song. There was also singer Srinivas sir as part of the whole process. All of us were singing and swinging. Rahman's greatness is that he knows how much each singer can contribute.

When I heard the full song with strings and voices, and guitar and chorus, it sounded so different and great. I could only say, wow! That is the beauty of a Rahman song!

'Wherever I go, I am asked to sing Hosanna' 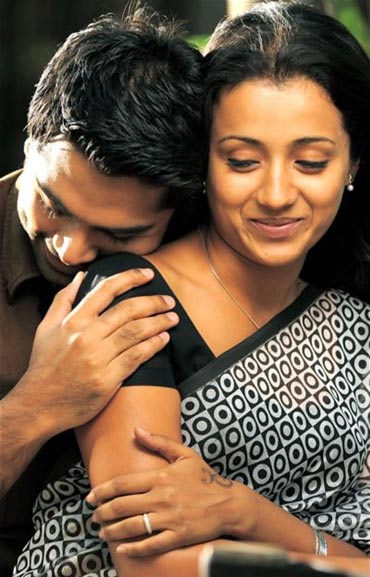 Vinnaithandi Varuvaya had a unique audio launch in London and Chennai. How was it singing all the songs with the guitar playing in the background?

I couldn't go to London but I sang Hosanna in Chennai. At that time, the songs were new and people had not heard the song before. But after that, wherever I go, not only in Tamil Nadu but all over India, I am asked to sing the song again and again.

The song picturisation of Hosanna also is a rage. How did you feel when you saw the song on screen?

I saw the film in Mumbai. When the song started, there was a big applause in the theatre. It was a thrilling experience to see your work being appreciated.

Which is your favourite song in the album?

Mannipaya sung by Rahman sir and Shreya is my favourite.

Aaromale, of course is a classic. That song will stay for years to come. It is a very unique composition, an amazing song.

'Rahman is very simple and kind' 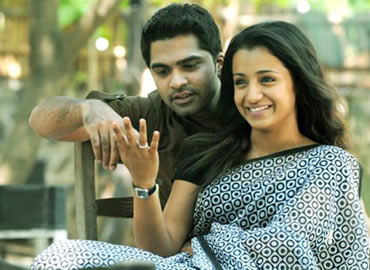 Let us just go back a little. How did you meet Rahman?

I am a trained Carnatic singer from Mysore. We hail from Andhra Pradesh and my grandfather has written 300 kritis in Telugu. So, Carnatic classical was a part of my growing up years. I also performed in a lot of concerts.

But after coming to Mumbai in 1995, I got exposed to other genres of music like Hindustani classical, ghazals, folk, etc. I started giving voice-overs and till date, I must have given more than 7000 voice-overs and more than 3000 jingles. Gradually, film songs also happened. But I still do classical and classical fusion concerts.

It was in 1994 that I first Rahman. He had become a sensation after Roja. I went to Chennai to attend the Margazhi festival (the music festival held in January). I was at the Narada Gana Sabha and Rahman had come for a concert. I ran to him for an autograph which he obliged. He was very simple and kind. I must say, even after achieving so much, he remains the same.

How did you get to sing for him?

Through Brij Bhushan from Mumbai, a very good friend of Rahman's. Bhushan would suggest names of singers to him. It was he who suggested my name to Rahman.

I think in 2004, 10 years after I met him first. Then, in 2004, I suddenly got a call from his office. He wanted me to work in a Tamil movie called New and also the Hindi film Swades. I was very excited to get the call from him. I went to his hotel in Panchgani (in Maharashtra). He was working there because the Swades team was shooting there. Everything happened very fast. By the time we finished recording both the songs, it was the next day.

After that, I worked a lot with him in Bose - The Forgotten Hero, Yuvraaj and Blue. I was also a part of Jai Ho.

'Jai Ho was a turning point in my career' 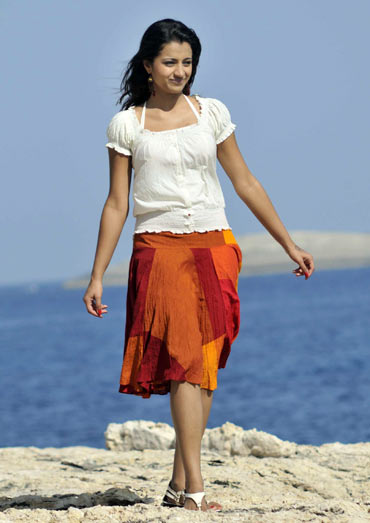 How was the post-Jai Ho experience? How did life change after that one song?

When we recorded the song, not even in our wildest dreams did we expect it to be such an experience. I want to thank Rahman sir as a musician, as an artist and as a human being. I love and worship him.

The song was mainly sung by Sukhwinder Singh but Mahalakshmi, Tanvi Shah and I were also a part of it. There was Rahman himself in it. It was only after the song won the Oscars that people knew there were quite a few singers in the song! From then on, I started getting a lot of offers and shows from the south. Jai Ho took all of us to an international stage. It was a turning point in my career as a singer.

Is Hosanna also another turning point?

Hosanna has given me an identity as it is a full-fledged song of mine. It is a very, very important song in my career. I will cherish this song forever. It has been a great journey and I am enjoying it very much.