Looking at Raavan, three times over! 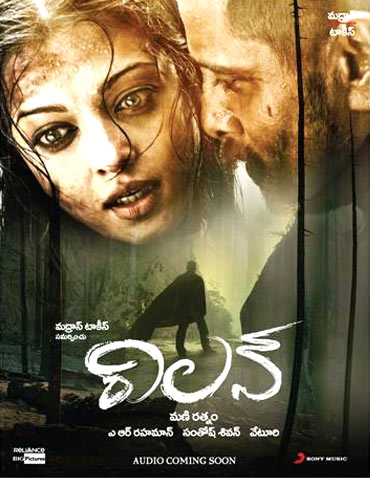 Image: A poster of Raavan in Telugu
Shobha Warrier in Chennai

One of this year's most anticipated films is Mani Ratnam's tri-lingual: Raavan in Hindi, Raavanan in Tamil and Villain in Telugu.

The Hindi version stars Aishwarya Rai Bachchan (as Sita), Abhishek Bachchan (as Raavan) and Vikram (as Ram) in the lead roles. The Tamil and Telugu versions are minus Abhishek. Instead, we have Prithvi Raj in the lead.

Will Mani Ratnam turn the villain into the hero? 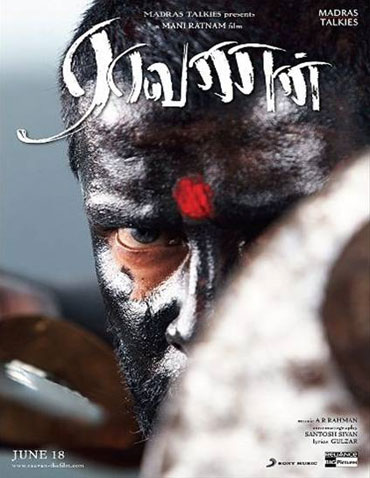 Image: A poster of Raavan in Tamil

From the questions the director asks on the movie's Web site, it is evident that it is his quest to look at the epic Ramayan from today's perspective.

This reminds us of the way the Jnanapith award winner M T Vasudevan Nair rewrote a folk tale as Oru Vadakkan Veera Gaadha. MT wrote the script and Hariharan made the film, and Chandu, the villain in the folk tale, was portrayed as a victim.

The buzz is that that Mani Ratnam has made the film from Raavan's perspective. For evidence, look no further than the director's note: Ten heads, Ten minds, A hundred voices, One Man!

Did such a man ever exist? Was he just a myth or does he live even today? What is the line that divides good and evil? Does our understanding change when we look from the opponent's perspective?

The tension between opposites often seems so electric that it isolates them from the rest of the world, leaving just the two. Are ten heads better than one? Is there a Ram inside Raavan? And a Raavan inside each of us?

Will Mani Ratnam turn the villain into the hero? 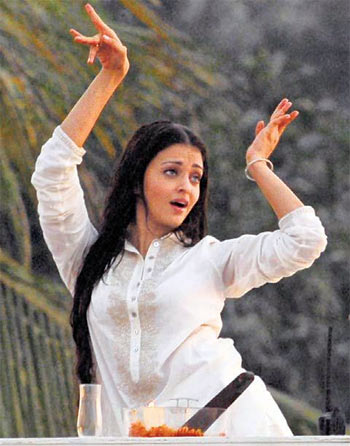 While we have to wait till June 18 for Raavan to release, the music album (in Hindi), releases in Mumbai on April 24.

Since Roja, a highlight of Mani Ratnam's films has been A R Rahman's music. We eagerly await what the maestro has come up with this time.