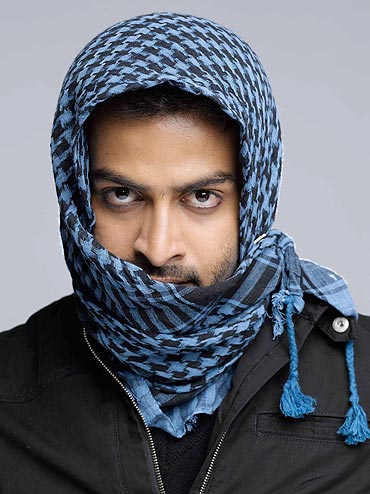 He has been regarded as the next big thing in Malayalam cinema ever since he made his mark with Nandanam. By now, Prithviraj has grown up as a one of the emerging superstars.

Now, he teams up with Mammootty in director Vysakh's Pokkiri Raja, which will hit the theatres soon. He is also excited about his role in the Tamil version of Mani Ratnam's Raavan.

Here's what he has to say about his films and future projects. Excerpts:

What is Pokkiri Raja about?

When you will see how Mammootty and I have been portrayed in the movie, you will know what the film is about. The movie is a fun ride. I am not saying that you should leave your brains back home when you go and watch the film; it's just that it's not a thought-provoking drama.

The two actors are placed exactly the way people would like them to be placed. What people look forward to see in a Mammootty-Prithviraj film, you will get it here in this movie. 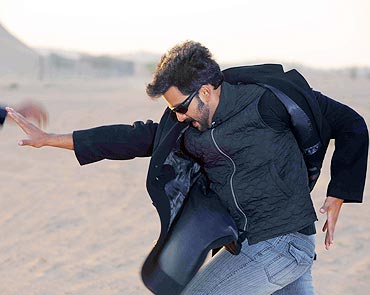 How was it working with Mammootty in Pokkiri Raja?

It was a fantastic experience. Though I have worked with him before, it is for the first time that we are sharing screen space together. It was really nice working with him and hats off to the man's commitment.

For instance, when I reached the gym early in the morning, he was already there. The way he takes care of himself and the care he takes in every shot is something that all of us should strive to imitate. When you work with him, you will come to know why he is called a star.

With films like Pokkiri Raja and Thanthonni, most of your high profile projects have loud characters as the heroes. Aren't you getting stereotyped in such roles?

By high profile project what you perhaps mean is an expensive project. When a producer is coming to invest huge money, he expects it to be a safe investment. May be the perceivably safe investment right now is the so called action-songs-romance formula.

I can't expect someone to invest in an experiment that I want to do. Still, after Pokkiri Raja, I am doing Anwar which is the most experimental commercial film I have ever done in my career. It could be the only issue based commercial film that has happened in Malayalam of late.

The issue based films are usually classified as parallel cinema. Anwar is an issue based high adrenaline action film. It is a fantastically shot, well written, high intensity, highly emotional action drama.

'Veettilekkulla Vazhi is one of my best films' 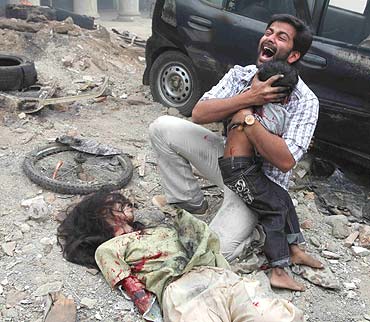 Image: A scene from Veettilekkulla Vazhi

There have been reports that it is based on 'love jihad'?

No, it is not on 'love jihad'. All I can say is that, I play an educated Muslim youth whose life turns topsy turvy following an issue. Soon after, he becomes the problem and the solution as well.

You have also done, Veettilekkulla Vazhi, which is a serious film...

Veettilekkulla Vazhi is probably one of my best films. It's a brilliant film and will be going to my DVD collection. It has been very well written, superbly shot and performed well by everyone involved. It could be the first cosmopolitan Malayalam film. Perhaps, the language least spoken in the film is also Malayalam. The languages spoken in the film include Hindi, Tamil, Rajastani, Punjabi and Ladakhi, but still it is a Malayalam production. It deals with a humanitarian issue.

I have bought the rights to the film. I believe the film should be made in every language as it has such a brilliant theme. It's the journey of a man and a boy, together to find the boy's father. Veettilekkulla Vazhi has been shot in six different states. Ideally, as a Hindi production, it's a Rs 30 crore film, but we did it for Rs 1.5 crore.

As an actor, which film gives you a high, the commercial films or the ones like Veettilekkulla Vazhi?

As an actor obviously Veettilekkulla Vazhi, Akale or Daivanamathil will give more satisfaction than a hardcore commercial film. But people have given me so much liberty and now if people call me a star; these commercial projects are the sustenance here.

You have to do these types of films for the other kinds of films to be possible. If you start losing your judgment on what you believe is good cinema, then there is a problem.

'I can only do five movies in a year' 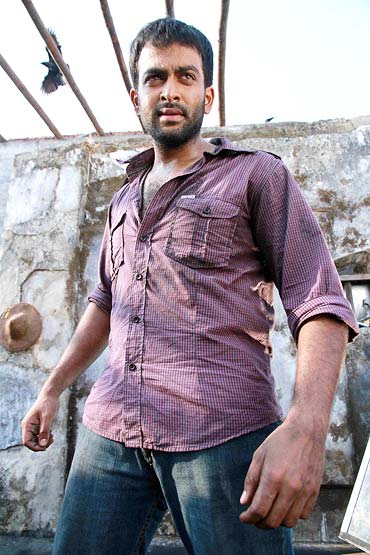 How do you rate your brother Indrajith's performance in Nayakan, which released on the same day as your Thanthonni?

Nayakan is a brilliant film and I really loved it. It may not be the perfect cinema, but its path breaking. Indrajith was brilliant in it and without any doubt; Nayakan is the best performance of his career.

Also, we have a new director and a good writer, and that's what we desperately need. Actors like Mammootty and Mohanlal grew up with spectacular writers and directors, and actors in my generation need to find filmmakers who we can grow up with.

Lots of young faces are coming into Malayalam films of late...

It is bound to happen. When I said a statement about the comparison with the Australian cricket team, some thought it was funny and the others thought it was even outrageous.

What if the actors now reach a point in their career where they can't be doing what they are doing right now any more? They have been here for 30 years, there is not going to be another 30 years for them. Everybody knows that. Then we shouldn't be in a place where there is nobody.

We should not be in a situation where out of the five theatres in Kochi, four are running non-Malayalam films. So if that has to be avoided, young talents have to come. It's not just about actors, technicians should also come. I feel fortunate that I am able to sell a Rs four crore film on my name. But then, I can only do five movies in a year. There should be five to six people who are capable of shouldering the responsibilities in less than three years time from now.

'Raavan is going to be a visual spectacle' 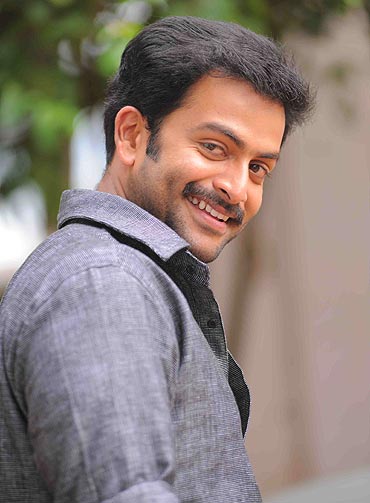 So, finally you have competition from your generation?

I wish there was more competition. I have lots of films waiting for me. There is a December 2011 project waiting for my dates!

You're on a signing spree. But what if you want to change your schedule later on?

Now that is a different issue. Without multiplexes, we have to pre-book theatres. Or else you won't get enough theatres to exhibit the films. It happened with Thanthonni, where we had to shift theatres. That is the biggest problem we have right now.

Projects are designed to meet release deadlines and that is the unhealthiest way you can do films. Before you even start writing a story, you have to book theatres and that situation happens only in the Malayalam film industry.

We don't have enough theatres to release films and that is a big issue. I don't have a script for the December 2011 project but the theatres have been booked already. We just hope things fall in place by then.

What about the film which everyone seems to be talking about, Mani Ratnam's Raavan?

The film will hit theatres on June 18 and I have dubbed for the film. Raavan is going to be a visual spectacle. It is probably Mani Ratnam's most visual film and without any doubt, his biggest film. In fact, he has told me he won't attempt anything so big from hereafter.