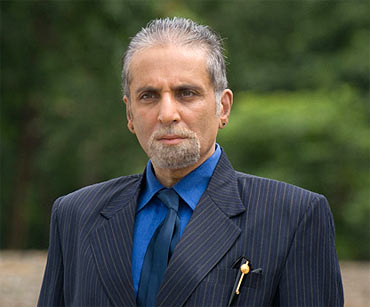 It is difficult to imagine that he has a son who is in his fifties! Yet, that is the truth.

Meet Aditya Raj Kapoor, the 53-year-old businessman-director-filmmaker-actor. The celebrity actor's son is in limelight recently because of his role in the film Chase, which released on April 29.

Here's what he has to say about the film and why he decided to wait until now to get into films. Excerpts:

Where were you all these years?

It's very funny when people keep on asking me where I was all these years! I was here in Mumbai. I started my career as a simple warehouse employee then rose to become a project manager.

When you were young, didn't the thought of becoming an actor come to your mind?

When I was young, I got the blessings of my family guru Bholebaba who advised me not to get into film industry. He wanted me to wait, settle down, have a family and then join films. That is what I did and I am happy that I waited till this time.

Luckily I got some nice roles in my career now. I am doing negatives roles in all my films, some of which will release in the next 45 days.

Tell us something about your films?

I have a number of films lined up. The film that released last month -- Mumbai 118 -- is an art house film. Chase just got released and in May there will be one more film -- Deewangee Ne Haad Kar Di.

'My dad is an independent person' 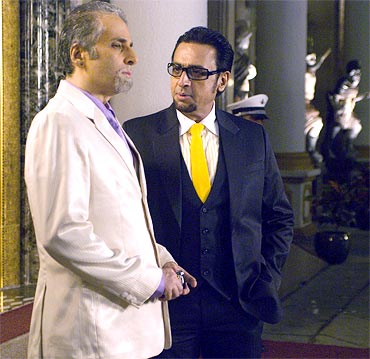 Tell us something about your character in Chase?

I play a rich industrialist who does all the bad things to earn fame and money. He is the one who starts the chase. I have a very different look in the movie -- a French beard with gelled hair and dark glasses.

The director -- Jug Mundra -- wanted me to look different in the film. I enjoyed my character.

Do you regret not becoming a hero?

Sometimes, yes. Specially when I couldn't afford a tempo driver for my warehouse and had to drive my own van. People would point fingers at me and say, 'Look what Shammi Kapoor's son is doing.' But I am glad that I underwent that struggle.

Did you have the support of your family?

Yes, of course. I had the full support of my parents. They realised I wanted to do things differently and have always encouraged me. My dad is an independent person. Throughout his life, he has emphasized this.

When I shared the news about me doing negative roles, he was happy that I had finally got a break. He said that though the villain always got bashed up by the hero, most of the time he would be surrounded by pretty girls. 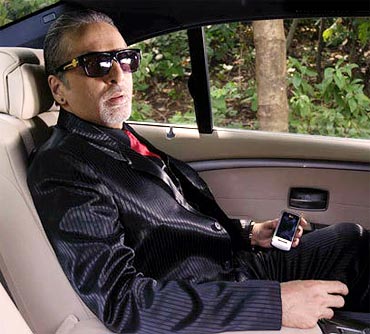 How did Ranbir and Kareena react about your delayed start in films?

They were all very happy. They do read all the articles about me and we often discuss or interact through Twitter/Facebook. I keep telling Ranbir that he is the fourth generation Kapoor, while I am the fifth generation Kapoor who started his career little late [smiles].

Do you feel having the Kapoor tag is an extra pressure on you?

Not really. I am lucky that way, because if I had started young the expectations would have been sky high. But now there is no pressure.

Is it true that you started off as an assistant director to Raj Kapoor?

Yes. My introduction to film industry was through Raj and Randhir Kapoor. I joined Raj Kapoor as an assistant at the end of Bobby and did Dharam Karam with him. In fact J P Dutta and Kuku Kohli were the other assistants along with me.

We were all colleagues though JP is elder to me. He left for Delhi to do his first film Ghulami while Kuku continued for one more film. I became Raj saab's chief assistant in Satyam Shivam Sundaram. That film helped me understand what direction is all about.

During that film Kumar Gaurav was also assisting us for a brief period. He of course went on to become a star and I was going to be launched by Raj saab as a director. But during the premiere of Satyam Shivam Sundaram, I decided to make a career in business instead. I wanted to do something different in my life. So I turned away from the film industry and concentrated on my business of 25 years.

'I have grown up with Junglee' 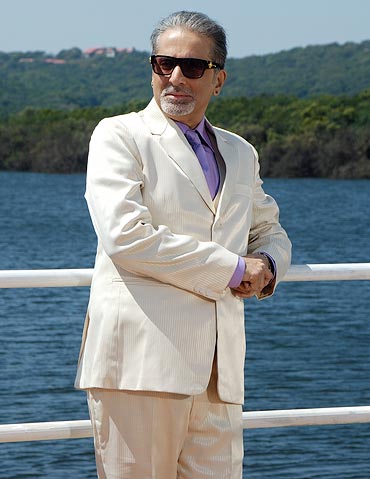 You call yourself Aditya Raj Kapoor. Any particular reason?

There is a funny story behind this. When I was in boarding school, our principal asked me about my middle name. Somehow I was under the impression that it was Raj, since my grandfather's name was Prithviraj Kapoor. On top of that, my father's real name is Shamsher Raj Kapoor. Thus, I told my principal that my middle name was Raj. It has stuck since then!

Which are the films of your dad you like the most?

I have grown up with Junglee, fell in love (in my teens) with Kashmir Ki Kali and matured with Teesri Manzil where my dad played a rockstar.

What is the difference you notice in the film industry from the 1960s to now?

I guess the industry is more systematic and faster today. There's also so much variety. Take Love, Sex Aur Dhokha for example. It is a hit, yet socially relevant film.

Could you tell us something about your personal life?

I am a married to a beautiful woman -- Preeti -- a homemaker. She loves to do oil paintings and has learnt to play the flute from Pandit Hari Prasad Chaurasia. She is also learning classical music from Pandiji's wife. We have two children -- a son who is in Houston and daughter, who works with Jet Lite as an editor.