Abhay Deol: I wasn't perceived as a successful actor 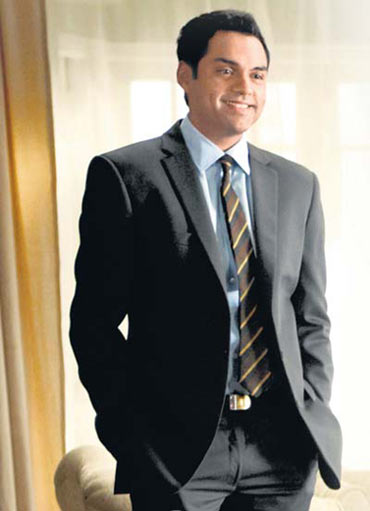 Image: A scene from Aisha
Joginder Tuteja in New Delhi

At the beginning of his Bollywood innings Abhay Deol was not perceived successful as his films failed to click at the box office but the actor says initial roadblocks helped him take further risks in his career.

Abhay, who will be seen in a romantic role in Aisha after his debut film Socha Naa Tha in 2005, says he had set rules for himself before stepping into the world of Bollywood, which helped him avoid stereotypes.

"My plan was to begin with a film like Socha Na Tha and then in films like Ek Chalis... or Manorama. It was unfortunate that my earlier films flopped at the box office. I wasn't perceived as a successful actor and my career didn't make people stand up and say that 'Oh God, let's check out this guy'," Abhay told PTI.

The 34-year-old star, who has delivered gems like Oye Lucky Lucky Oye and Dev D that turned out to be commercial as well as critical success, says initial flops also helped him understand the business of cinema.

"All of this was only a blessing in disguise because now I could start taking further risks. I could afford to do films like Dev D and Oye Lucky Lucky Oye because taking such risks was worthy enough. As for some of my earlier films, it was my naivety and gullibility that they saw such disappointing releases. I was so clueless about the whole marketing. But now, I have learnt as I have moved along," the actor says.

'I tried doing something different with Socha Na Tha' 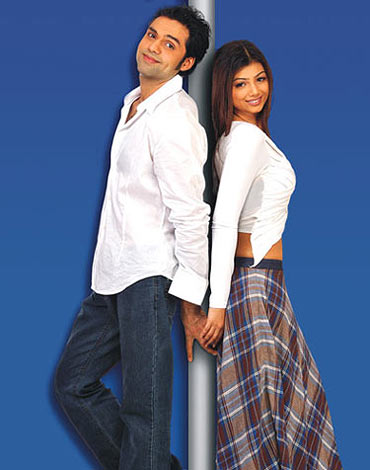 Abhay, nephew of veteran actor Dharmendra, is happy to be associated with cinema which is different and breaks quite a few rules when it comes to Bollywood diktats.

He plays a modern day Mr Knightley in Aisha, a Bollywood adaptation of Jane Austen's Emma. The actor has consciously been doing films where he could afford to take risks rather than follow a conventional route.

"When I did Socha Na Tha and Ahista Ahista at the beginning of my career, I did try doing something different. Yes, these were not films that fell under conventional cinema bracket but then these were not absolutely radical either. The change actually started with Ek Chalis Ki Last Local and Manorama - Six Feet Under," says Abhay. 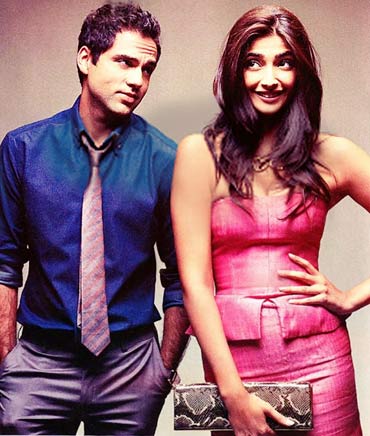 Image: A scene from Aisha

Now that he has a film like Aisha lined up and shooting of Zindagi Na Milegi Dobara going on in full swing, does he feel that in half a decade gone by, he has planned his innings quite well?

"Honestly speaking, five years back I always wanted to do stuff that was going to be non-Bollywood. I carried this sense right from my childhood days. However, don't take me wrong. I was never like 'Hey, I am different, so things have to move my way'. I had to enter the industry and see if I can act and then also demonstrate it to people. After that, I put down rules for myself around what I could do and perhaps couldn't do."

'I have faith in the people who like my work' 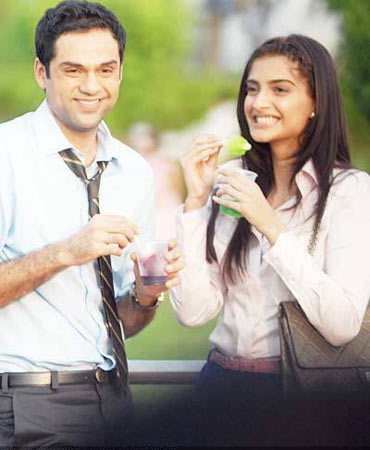 Image: A scene from Aisha

This is exactly the reason why Abhay is busy creating a niche for himself in the industry, something which is already work in progress for the young actor if following to his films is any indication.

"I have faith in the people who like my work because they have been coming over to watch my films time and again. These are thinking audience and would tell me regardless of whether they like my film or not. In that sense I am very secure because these are sensible audience to deal with."

With Aisha ready to release this Friday, it would be interesting to see if the same set of sensible audience gives a rousing reception to Abhay all over again.