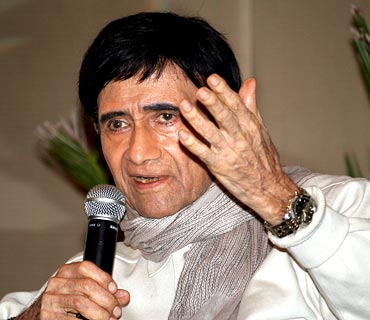 Dev Anand will turn 87 next month but the actor-director-producer shows no signs of slowing down. Recently, he launched his new film, Charge-Sheet.

So, where does he get all this energy to make his film and act as the main lead? Patcy N speaks to the actor, and discovers what keeps him going.

What does cinema mean to you?

Cinema is entertainment. Cinema is a thought that makes you think about life. Cinema is the world to me.

Have you ever approached Aamir Khan and Shah Rukh Khan for a film?

I made a film with Aamir Khan called Awwal Number. After that, I have never approached him or Shah Rukh Khan. I once thought I would make a film with Shah Rukh. But if they are not available, why ask them?

Who, according to you, is the new superstar?

I think they are all very good. Anybody whose film becomes a hit is a superstar. Today there is somebody and tomorrow there will be somebody else. No single woman or man has a monopoly for all time.

Have you had any crazy fans till date?

I get (such) calls even now! People would write letters with blood to me.

I don't understand why people are so crazy, but I was also crazy when I was young.

'Screen test and auditions are all bakwaas' 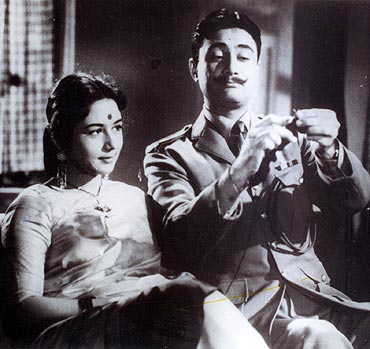 Image: A scene from Hum Dono

What keeps you going?

My futuristic thoughts and my films. Plus, the thought that the work which I do is something the world will see and give a verdict on. I have finished making Charge-Sheet but the film is not yet released. The world is going crazy to watch this film, but I have already forgotten about it and I am working on my next film.

Everything motivates me to do my work. Has anyone seen me in any commercial, or in anything that is not related to the films? No, because filmmaking and acting is my only work.

Energy begets energy. If you are lazy, you will always be lazy. And if you retire at 60, you will die at 65. It is written in a holy book that you if have life of 100 years, you should use it. At this age of 86, my mind is getting sharper. I have 60 years experience in the film line and I still use that to make my films. People make films and if they flop, they get a heart attack. But here I am still making films.

How do you select a newcomer?

There are so many people who come to me to be an actor, but I select only those people who I feel can fit my script. If they do, I immediately say yes. I don't do screen tests. I talk to them and see how their mind functions. I read their mind and cast them.

Screen test and auditions and dance tests with five-six cameras are all bakwaas. Dance comes later with rehearsals on the sets. No one is great when they begin. No one can become prime minister at the start. They all have to do hard work. Sometimes newcomers inspire you and they do an exceptional job. Nowadays actors prepare themselves and rehearse in front of the mirror. During our days, that did not happen.

Nobody gives a break to newcomers, but I give them because I want their dreams to be fulfilled.

What is it about the 1970s that we are remaking so many films from that era?

Shortage of ideas. There are so many stories in and around you, but you don't see them; you don't make your own characters. Story is about adding something to the things around you. But, no, instead you make remakes. There is no fun in it. I don't think I will do it.

Money is important to make a film. Not everyone can make them. But you should always make a film that your heart tells you to make.

'Guru Dutt was my good pal' 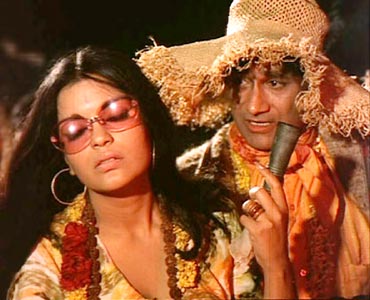 Tell us about Guru Dutt: you were very close to him?

Guru Dutt was my good pal. I gave him a break in my film Baazi. We would go cycling along and we would go on long walks. There is no one in this world who knows him better then Dev Anand.

All good actors aspire to be a star. Otherwise you cannot last in the industry.

Compare older films to today's films. Which are better?

Both are good. There is no point in saying that period was better or this is better because emotions and views are the same. Still we have divorces, sex, dramas and fights. The only thing that has changed is the technique. The cameras and lens are better. There are extra lights on the sets and a little more money is put into making the film. Plus, there is globalisation.

I am still making films today and competing with everybody -- all the new directors. I don't know where these people will be in next 10 to 15 years, but I have been (for a long time). I am happy.

People are doing good work today. Corporates have entered the industry. There are films going for festivals. But the most important thing, then and now, is that good films will work and bad films will flop.

Which film is very close to your heart?

All my films are very close to my heart. But this year my film Hum Dono will release again in colour. I like that and Hare Rama Krishna, Guide and Desh Pardes.

How do you take your flops?

'I will not give my films for remake' 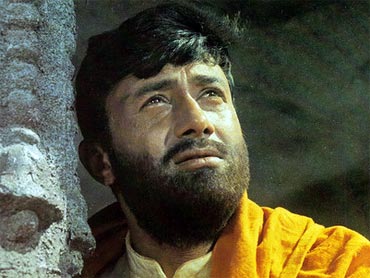 Image: A scene from Guide

Writing on twitter or blogging is static. We are always writing about yesterday or things that have happened, like 'last night I ate food'. Who bothers?

It is an amazing idea, but how many famous people can do it? Can the Prime Minister do it? Only an idle man can do it. A few busy people are also doing it, but my mind is on the move. I will not get stuck writing all this unless I am writing my auto-biography.

People write blogs for themselves or when they are popular as they know people will read them. Newspapers are nowadays using these blogs and tweet messages and they give headlines saying so on so tweeted this and someone blogged that. To me, that is static. Plus, I am not an internet man.

Will you allow your films to be remade?

I will not give my films for remake. I refused giving rights of Guide. I told that whatever you do you cannot make a better film than what I have made.

Guide is supreme in its genre. No film can be compared to it. Guide was made in two languages and went to the Cannes festival, where people appreciated it and the audience reaction was supreme.

Will you remake any of your films?

If hippies were trend of 1970s, there are drugs even today. That story was different. This will be different, because I will have to look at today's trends and the story. There is no fun in wearing anyone else's shirt (laughs).

What films comes to your mind when you think of the 1950s?

The first thing that comes to my mind is my first film Baazi. Then there was Kala Pani, and Kala Bazar and Pyaasa.

'I am very positive man' 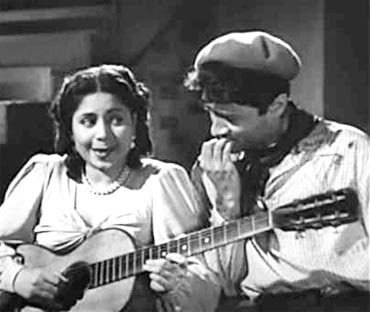 Image: A scene from Baazi

How do you compare your forthcoming film Charge-Sheet to your other films?

I don't like to compare one film with the other. How can two films be the same? If it is same, then we are bankrupt.

You have acted in Charge-Sheet

I am the only guy who is doing cinema till now in Charge-Sheet. I am the central character. My film has Naseeruddin Shah and Jackie Shroff. They are fantastic actors. We also have Divya Dutta, Yashpal Sharma and four newcomers. One of them will be a superstar, she will be just like Zeenat Aman.

What the film is about?

It is a murder mystery. I play a CBI officer. I will not tell the story otherwise, I will lose my audience. It is shot in Mahableshwar (a hill station in Maharashtra).

Charge-Sheet has a message. I don't make films without a message. A film should be easy to understand to everyone. We are not making films for international festivals or people sitting in the class room.

Is the film based on real life?

The trend is to make a film on real life and biographies. But a good fiction film is when you see it, you feel the touch of realism.

What made you cast Amar Singh in the film?

He is playing the Home Minister and a Member of Parliament in the film. I took him because he looks like an MP. I used his home for the shoot.

I met him at a party and asked him whether he would act in my film. He said yes and we went to his house and shot.

Asha Bhosle has a song in Charge-Sheet.

Asha is a superb singer. I know when she used to come to the studio and sit on the floor and rehearse. I used to put my arms around her and she put her arms around me in my film. In Charge-Sheet she has sung two songs for me.

Music in my film is outstanding. If it is not good, I don't take it.

It is a right in the royal tradition of Navketan. I am expecting fireworks. Why not? I made it. I am very positive man. For one song I have got composers from London.