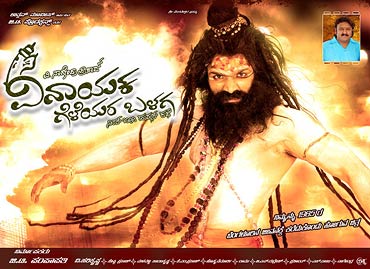 Director Nagendra Prasad is recreating the splendor of Ganesha chaturti, as celebrated in the 80s, in his soon to be released Kannada film Vinayaka Geleyara Balaga.

The film set in the year 1985, is a love story that takes place during Ganesha festival.

Five friends living in Bangalore are its main protagonists. 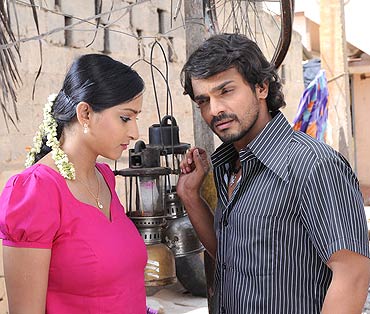 Speaking on why he chose to direct this subject, Prasad says, "I used to be involved in celebrating this festival that took place on a grander scale when I was a young boy. I used to set up pandals and collect money from people in my neighbourhood during the festival. Since I was well acquainted with the festivities I thought it would be interesting to make a film on this subject."

Through the film, he also hopes to convey the essence of this festival to the younger generation. "Most of them haven't heard about how this festival was being celebrated in those days and through this film I wish to acquaint them with the grand manner in which the festival was celebrated," he adds.

Also the film will attract the older crowd as they will identify with the festival and the incidents that take place during the celebrations, he hopes.

The film is however not based on any true incidents, he adds. "All the same we have shot it very realistically," he says.

In order to recreate life in the 80s, the director has used certain things that were in use then. "You'll get to see black and white TVs, radios, old currency notes and vehicle number plates. Super hit films Premaloka and Anand and serial Mahabharath were released during the 80s, so you'll also get to see the trends that these two films and serial had made popular," says Prasad. 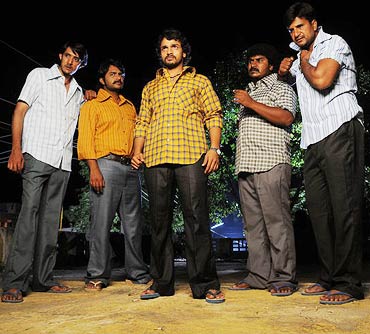 The look and costumes of the actors have also been inspired from those times. Heroine Meghana will be seen mostly in half saris and salwar kameezes.

However it is his Aghori look that is being talked about these days. "Yes, I have carried that look for a crucial scene," is all he'll reveal at this point.

Another talked about part of the film is its climax. Over 100 Ganesha idols have been used in this scene. A whopping Rs 30 lakh has been spent on the climax scene alone.

"It is a scene which involves the immersion of Ganesha idols. We have used 108 Ganeshas and we even performed pooja on all these idols before shooting the scene," says Prasad.

The team is now set to shoot the songs. "One of the songs will be shot where Neene saakida gini, a famous pathos song from the landmark movie Manasa Sarovara was shot."Only this song is a happy duet and not a pathos number!" jokes the director, adding that violin and flute dominate the musical compositions so as to reflect the trend in the 80s.

Harikrishna is the music director.