Kamalinee: I just go with my instincts 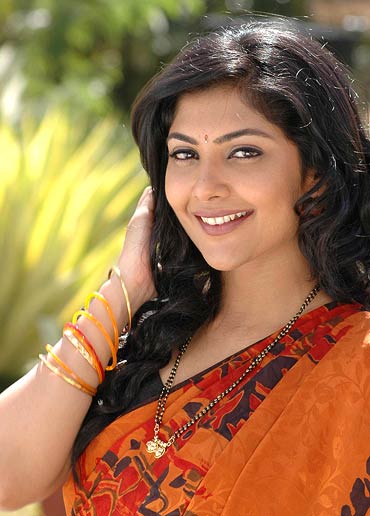 Kamalinee Mukherjee is one of those actors in Telugu cinema who chooses to play substantial characters.

She selects acting over the glam element. If one sees her career graph in Telugu cinema, Kamalinee is remembered for her roles and characters -- be it Anand, Gamyam, the cameo in Happy Days or Gopi, Gopika Godavari. She reprised her Gamyam role in the Tamil (Kathal naa Summa lllai) and Kannada (Saavari) versions too.

In this interview, she throws light on the recently released Maa Annayya Bangaram, being choosy about films and her future projects. Excerpts:

You have a Telugu release a year after your last film Gopi Gopika Godavari. Why did you take time to decide on doing Maa Annayya Bangaram? Were you not getting good scripts?

I was actually bored with the kind of characters I was doing because most of them were reflections of each other in some capacity.

During the year that I took off, there were scripts that were good but the characters were similar. I felt like I was not growing as an actor so I worked on other things.

Maa Annayya Bangaram was the first script that really appealed to me since the character of Manjula was fresh and her journey was one I wanted to go through.

'I enjoyed being Manjula' 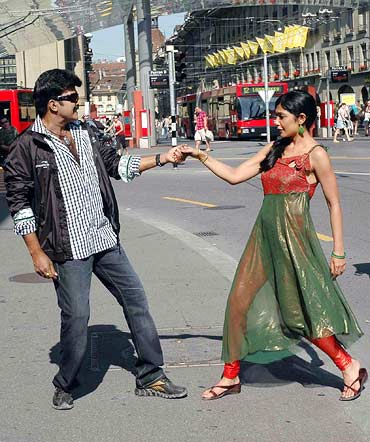 Was Maa Annayya Bangaram, therefore, an exciting film to work on?

All my recent characters have been catalysts in other people's journeys but in Maa Annayya Bangaram the film maps a growth in her character; it portrays a change in her mental makeup. She starts as a girl and ends as a mother and that process was what got to me. I enjoyed being Manjula and was excited about doing a lot of new things in the film.

The film is said to be based on the story of seven brothers. Is the story inspired by any film(s)?

The story is indeed about seven brothers and it tries to refresh our memories about the importance of family especially since we are in an age where the western concept of the nuclear unit is catching on fast.

It brings back a lot of the sentiments and traditions that are often considered dated and that's what's special about the film. I think the inspiration lies more with real life than any other film. 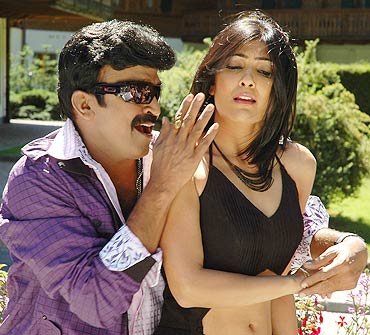 How does the change occur in the character?

Manjula starts as an urban, hip girl with a completely modern and guarded upbringing whose only family is her sister who has conditioned her in a certain way of thinking. She is educated and independent with a good heart.

Her graph is beautiful as she breaks away from her mental shackles and embraces what life has to offer. The traditions that she had no regard for earlier, at the end of the film moulds her transition. In that aspect, the film is a very Indian one.

You are working with Dr Rajasekhar for the first time. How was it acting with him?

Dr Rajasekhar is a very good human being and that defines him as an actor. His experience is intimidating, and his energy and enthusiasm is infectious. There are moments in the film that he has simply held by his emotional outpouring.

I really enjoyed being in this film with him and his sense of humour and commitment towards his family is something I will always remember. Since the relationship between us was of a husband and wife, there was a lot of intimacy and romance. But he made me comfortable enough to portray both sincerely. 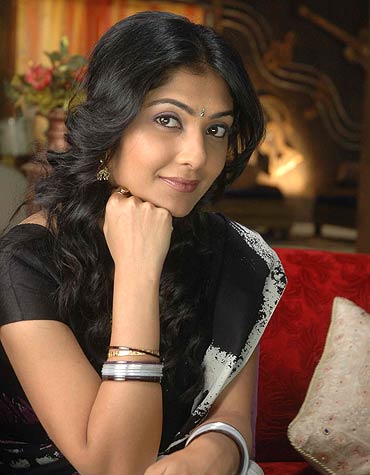 The film was shot mainly in Hyderabad since it is an urban, metropolitan story. But a couple of songs were shot in picturesque Switzerland.

How was it being directed by Jonallagadda Srinivasa Rao?

I loved working with Srinu sir. He has unbridled passion for cinema and went through the entire film with a childish enthusiasm that was refreshing. He is one of the few directors I have worked with who had no preconceived notions about my image and just went with the flow of the character. What I appreciate most about him apart from his immense patience is his guts. He has presented me in a different way and I look forward to working with him again.

Are you doing films in other languages?

For me cinema has no language and I never judge a film or accept it on the basis of that. It is either a character, or the film on the whole or a person involved (in most cases the director) that I want to work with. I just don't want to do the same thing again and again, and if that is the kind of work that keeps coming to me, then I take time off to do other things that I like so it is not a premeditated action. I just go with my instincts.

'I will return to theatre' 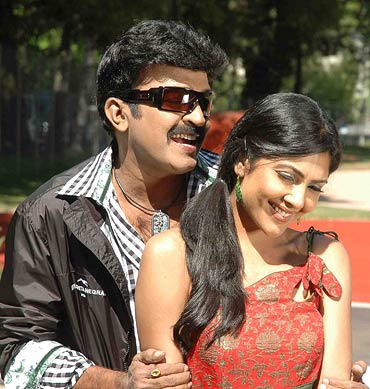 Have you signed any Telugu project?

I have presently finished shooting for Chandramukhi 2, which has me in a startling contrasting role from Maa Annayya Bangaram or any other film I've done.

I'm also starting a rip-roaring comedy with my Gopi Gopika Godavari co-star Venu, where I have a fresh, cute endearing role to play. Besides this, I am looking forward to my debut Bengali film, one which has been long overdue.

What was your reaction to the lukewarm response to Gopi Gopika Godavari?

Gopi Gopika Godavari was a success at the box office and my producers were thrilled with the results. The audience reaction and critical judgement is something that I or any actor has no control over, we can only do our best .But I realised that if I was getting bored watching myself then the audience would be in that space too and I decided to step out of my comfort zone and explore other kind of characters. The film actually was a great experience and a growth point in my life.

Are you looking at theatre also as an actor?

I love cinema and the intention has never been to be an actor only but to do well in any facet of film that I choose to be a part of. Getting good roles and enjoying living the people that I choose to portray is very important to me. Someone recently told me that the value of a heroine in a film these days is limited to her delivering five to six hit songs, which I completely disagree.

Cinema in India is in a state of flux and though most of the time, we underestimate the intelligence of our audience we are dishing out gems more often. There are real stories and well thought out characters being made and I have been lucky to have been part of that shift and accepted by fans in most roles that I've played.

Theatre is all consuming and so is films and I'm too into the latter right now to break away from it. Since my roots have been in theatre and I enjoyed it too much at some point I'm sure I will return to it.