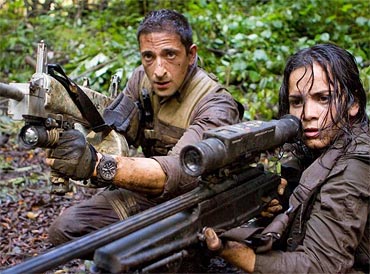 Image: A scene from Predators

It is a question that baffles modern science and beguiles the general public: Does life exist on other planets?

Hollywood, for one, has already weighed in on the issue, with a clear verdict: Aliens exist. And they might just be coming for us!

The science fiction genre has played host to our wildest speculation about the possibility of alien life. And the trend continues with this week's release, Predators.

Starring Adrien Brody and a host of beefed-up actors, the film follows a group of people who wake up on a strange planet, only to find themselves being hunted by a ruthless alien race known as Predators.

Here's a good time then, to look back at some of Hollywood's previous popular alien movies. 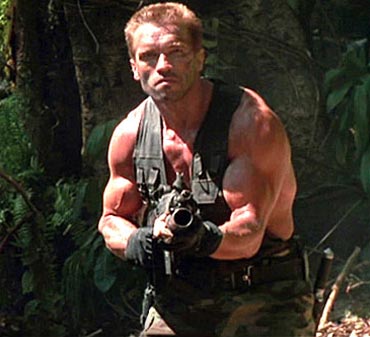 Image: A scene from Predator

Arnold Schwarzenegger starred in the original film, Predator, which followed a team of elite US Army soldiers through the jungles of Central America as they battled the Predator, a kind of extraterrestrial hunter.

While not as critically acclaimed as other films in the genre, Predators has still made its mark, with an impressive five titles bearing its name. 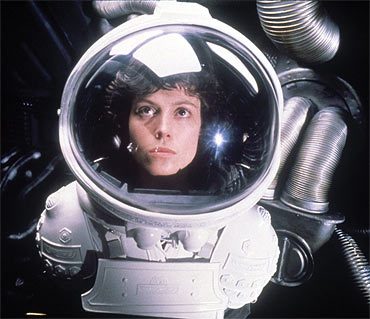 When Alien released in 1979, it single-handedly redefined the science fiction horror genre. Today, it's considered a classic.

Directed by Ridley Scott and starring Sigourney Weaver, the film is remembered for its powerful, suspenseful scenes, particularly the gut-busting entrance of the film's alien creature.

The story follows a commercial spaceship and its seven-member crew on a return trip to Earth. The crew is attacked by and must fight off an aggressive alien.

While receiving similar critical praise, the film's sequel, Aliens, directed by James Cameron, was more of an action film, with Weaver returning as the star.

Alien 3, released in 1992 with Weaver back for a third time, wasn't as highly praised as the first two installments, though it was still a box office success.

The Alien franchise was crossed over with the Predator to create two largely forgettable films, Alien vs Predator (2004) and Aliens vs Predator: Requiem (2007). 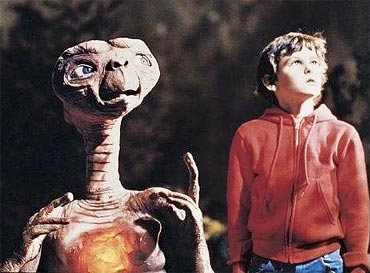 Image: A scene from ET

If the previously mentioned films show how Hollywood portrays aliens as foe, E T the Extra-Terrestrial showed how aliens could be our friends.

The 1982 classic, co-produced and directed by Steven Spielberg, told the story of Elliott, a lonely boy who befriends a kind alien creature, who's stuck on Earth. Elliot has to help ET get home -- hence the famous line, "ET...phone home..." -- without either his mom or the US government finding out what he's up to.

In addition to being one of the most commercially successful movies of all time, at the 55th Academy Awards the film was nominated for nine Oscars, including Best Picture.

Interestingly, it was Richard Attenborough's bio-pic on Mahatma Gandhi that won the award. 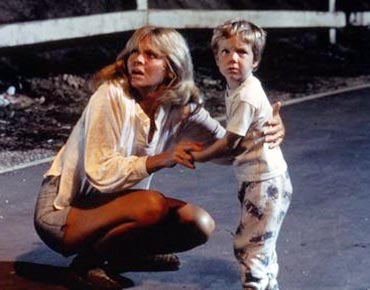 Image: A scene from Close Encounters of a Third Kind

Spielberg has never been afraid to turn his eyes upwards, to the stars, for inspiration.

Before ET was Close Encounters of a Third Kind, a 1977 classic starring Richard Dreyfuss.

More subdued that most films in the genre, CE3K tells the story of an ordinary man whose life changes after he encounters an unidentified flying object, or UFO.

There are no massive explosions or violent deaths, and the movie explores the possibility of human/alien contact in touching, awe-inspiring fashion.

Like most everything made by the master, the film was a massive critical and commercial success. 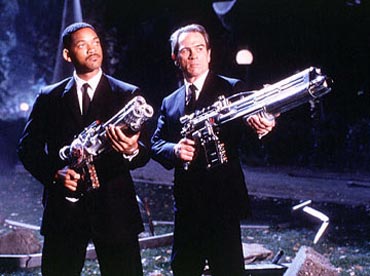 Sci-fi comedy? That's what 1997 film Men In Black set out to become from the start.

Directed by Barry Sonnenfeld and starring Tommy Lee Jones and Will Smith, the film was based on the Men in Black comic book series by Lowell Cunningham.

Made with a hefty budget of $90 million, the film featured awesome special effects and larger-than-life alien characters.

A smash-hit, the film pulled in more than $587 million worldwide, and was followed by a sequel, Men in Black II (2002), and an animated series. 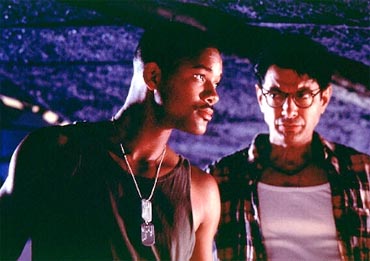 Image: A scene from Independence Day

While Men In Black was a huge success for Will Smith, it was by no means the American actor's first foray into the other-worldly.

1996's blockbuster Independence Day, directed by Roland Emmerich, tells the story of humanity's battle with an alien race that wants to invade and dominate Earth.

The film earned $50.2 million during its opening weekend in the US, breaking the previous all-time record set by Jurassic Park three years earlier. 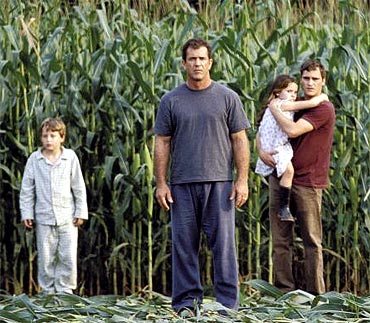 Image: A scene from Signs

Indian-American filmmaker M Night Shyamalan has long been comfortable with the strange and unexplainable.

It was no huge surprise, then, when The Sixth Sense director chose to take on the topic of alien invasion in Signs (2002).

Starring Mel Gibson and Joaquin Phoenix, the film follows a former priest (Gibson) and his efforts to protect his family from what he views as an imminent alien invasion, forecast by the growing number of distinct 'crop circles' showing up all over the world. 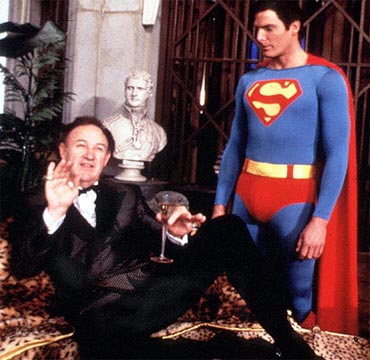 Image: A scene from Superman

Directed by Richard Donner, and based on the DC Comics series, 1978 film Superman showed a more human side to aliens -- probably because the alien was played by and looked like a human!

The film tells the story of Superman, played by Christopher Reeve, who was born on the planet Krypton, but raised by an American family after disaster struck his home planet.

As Clark Kent, a newspaper reporter, he's mild-mannered, but must become superhero Superman when the villainous Lex Luthor tries to take over the world.

Made with a budget of $55 million, huge for the 1970s, the movie is remembered for its impressive special effects. 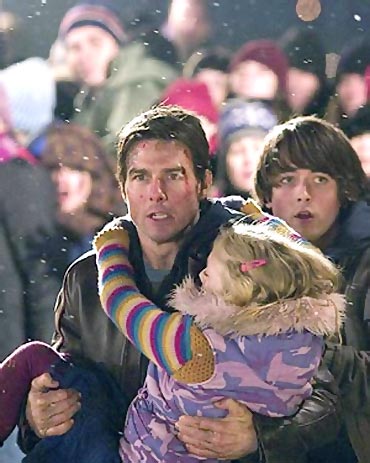 Image: A scene from War of the Worlds

In some ways, it can be said that 1953's War of the Worlds remains the standard by which alien invasion movies are judged.

A film depiction of HG Wells' classic novel of the same name, the film tells the tale of a Martian invasion of Earth.

At first, the alien race's superior technology overwhelms human defense systems; and all seems lost until the aliens begin experiencing difficulties adapting to Earth itself.

Wells' novel continued to intrigue us into the 21st century. For proof, look to 2005, when three movies were released based on the War of the Worlds concept!

The best known is Steven Spielberg's War of the Worlds, starring Tom Cruise, which was one of the year's most successful releases, grossing $591 million worldwide.