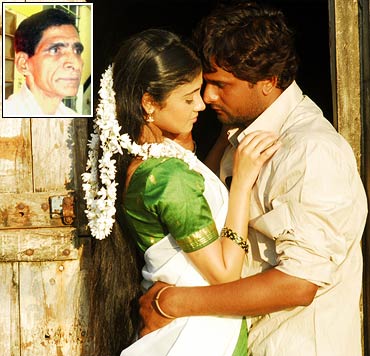 He lived next to one of the most famous cinema halls in Mumbai, worked in R K Studios and watched films and attended huge cinema events.

Narayana Mandagadde thought this was the closest he would get to the world of cinema. But fate willed otherwise and today the Kannadiga is the subject matter of one of the most awaited releases of the year.

Actor Srinagara Kitty plays him in Mathe Mungaru directed by Dwarki and produced by E Krishnappa of Mungaru Male fame.

The 52-year-old real life hero shares his life story -- from a sleepy Kannada village, his tryst with Pakistan and his Mumbai sojourn -- on the eve of the film's release. Excerpts:

Can you tell us about your early life?

I am from Muvalli village in Mandagadde, Shimoga. I was able to study only till the eight standard. I had to get a job to sustain my poor family.

I shifted to Davangere and worked in a hotel as a cleaner. Then I came to Bangalore and joined Hotel Sathkar. There I came in contact with a group of stage decorators and electricians from Mumbai. They had come to work on a show, Filmstars Night, in which actors from Hindi, Kannada and other South Indian languages participated.

Since they didn't know our language and I knew a bit of Urdu, I was asked to attend to them during their stay at our hotel. Impressed with my service, they took me to the show. I still remember the time a Hindi actor snatched the mike from veteran Kannada actor Narasimharaju who was then addressing the crowd.

I also remember seeing actors Johnny Walker, Rajendra kumar, musician Lakshmikanth Pyarelal and our own Kalyankumar and Jayanthi among others. Anyway the Mumbai team, their families and I gelled very well and they insisted that I go with them to Mumbai. 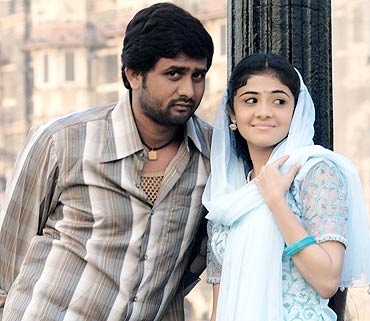 What happened in Mumbai?

I landed in Mumbai on January 26. This being the Republic Day, the city was lit up and looked beautiful. I liked the city and since I had taken driving lessons I thought I would work as a driver. But no one was ready to take me on as I was unfamiliar with the roads.

However, with the help of my roommates, I learnt to work as an electrician until I was asked to work as a trainee driver with a company. I familiarised myself with the roads and since the current driver was a drunkard, I replaced him. I worked for two years for a salary of Rs 3 per month. Since I could save only Re 1, I quit my job and joined another reputed company as a driver. It paid better and was a 9 to 5 job. I utilised my evenings to drive private taxis and this was when my life took a U-turn.

One evening two women got into my cab. They were carrying illicit liquor with them and the police caught them and jailed me also along with them even before I could prove my innocence.

But one of the officers, before producing me at the court, asked me to inform my family and when I told that my family lives in Karnataka and that I had nothing to do with the women, I was let off but not before having my license revoked.

'We survived on two chapatis while in Pakistan' 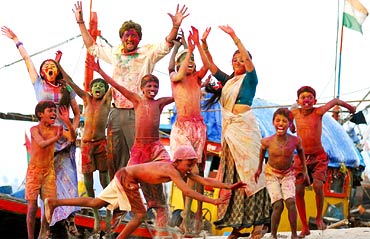 How does that explain your cross-over to Pakistan?

As I couldn't work as a driver anymore, I joined my roommates who were working as mechanics on fishing boats. Once when I went to sea with the fishermen, we were caught in a storm. And without realising, we had crossed over to Pakistan. There we were arrested for this reason and put into a secluded prison room. It was a case of Pehle laat baad mein baat... And without even asking us what had happened, they started torturing us.

Every week the guards would change and each week we were beaten up by the new staff. We survived on two chapatis. My weight reduced to 28 kgs and we started developing health problems as we were not involved any physical activity.

Yes, we were wrong to cross the border illegally, but it was not intentional. Pakistan followed the rules too. But I think we didn't need to be treated that way. They could have heard us out.

We were arrested in 1982 and released in 2003 during Atal Bihari Vajpayee's term as Prime Minister. Kargil war added to the delay in our release.

In the meanwhile, a lot had happened in India. We weren't even aware of Indira Gandhi's death. That was a sad incident. All the same we were upset that her party didn't fight hard for our release. We are grateful to Vajpayee though. By the way I didn't know that he was a bachelor like me!

'My mother refused to believe that I was her son' 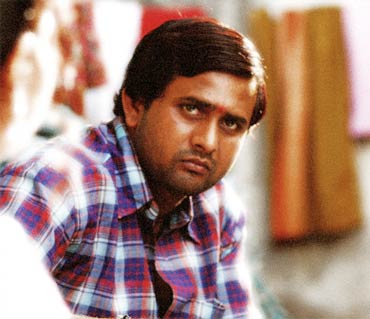 So you never had a heroine, like in the film?

I did when I was in Mumbai. I was over 20 years then. She was from Alibagh, but the border crossing incident changed things obviously. Anyway now I'm on the lookout for a new heroine. I'm sure she is somewhere around. Actually, I have found someone and may be tying the knot soon.

You said you returned in 2003, what was your family's reaction?

My sister and her husband also had their share of apprehensions. It's only after I passed their interview that they were convinced. The fact that I was out of touch with Kannada and was mostly speaking in Hindi didn't help much. But all's well that ends well.

One year after my return, my mother passed away. Today I live with my brother and his wife. I work as a manager in a local lodge.

What was your reaction when the producer and director approached you to make a film on your life?

Previously too a producer and director had approached me saying that they want to make a film on me. But in the initial stages itself, I realised that the team was trying to gain publicity in my name. The project fell through. Then a few years ago I met Dwarki; felt he would do justice to the film and thus gave the go ahead. I'm sure they have made an honest effort. I wish them luck. 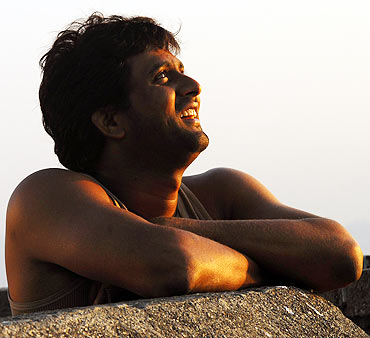 Have you met Kitty?

I am looking forward to meeting him at the premiere.

Are you a film buff?

Since I was mostly in Mumbai, I have watched lots of Hindi films. I have also caught a lot of behind the scenes action as I worked as a technician in R K Studio. I have seen some of the prettiest heroines of those times. I have even seen members of the Raj Kapoor family. But my most memorable shooting was the one where a helicopter scene was being shot. It was funny to watch how it was mounted on a crane and made to go round and round!

Has anybody proposed to write a book on you?

There were a lot of offers soon after my return. They said I could also make some money from it and come back on track. But nothing has come through until now.

But you know what? I don't have the time to write anything myself or sit with someone. And I don't need money also anymore. I'm earning my living.

Having said that, I wish to thank all the people who offered me financial support on my return. Not my family but even the general public helped me. In fact for almost two years, I was away from home attending felicitation ceremonies.

Finally, would you wish to comment on the Indo-Pak relationship?

I don't see it changing much. Pakistan needs to bury their own internal differences before striking a compromise with us.