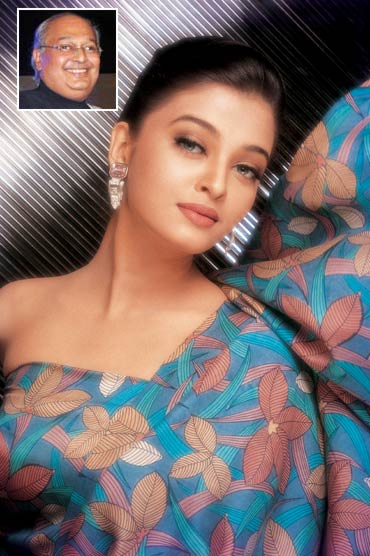 After doing his BSc in chemistry at Mumbai's St Xavier's College, Rajadhyaksha started teaching there.

Two years later, he quit to join the photoservices department at Lintas, the well-known advertising agency. A hobby soon became a profession.
After years of urging from fans, he has finally given in and compiled a collection of some of his favorite pictures and written about how he came to shoot the images.

The coffee table book, Chehere, is in Marathi and meant only for private circulation.

The ace photographer shares pictures from the book and his insights into the legends with Patcy N. 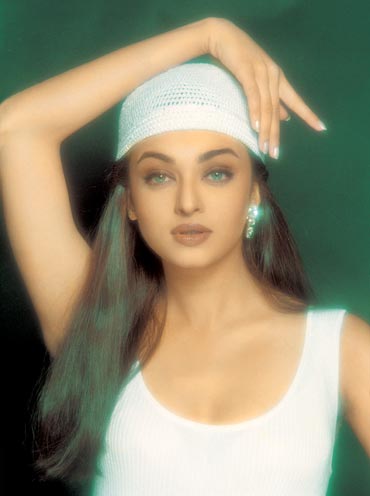 I think I did one of Aishwarya's first campaigns.

I did lots of calendars with her and her first film magazine cover; I have seen her grow.

I have always wondered whether she is a Greek goddess in an Indian temple or an Indian goddess in a Greek temple. There is a wonderful mixture of both, but at heart she is pure Indian, which is something I really admire about her.

I think her fame has been exploited by people. She is a very simple and sensitive girl. 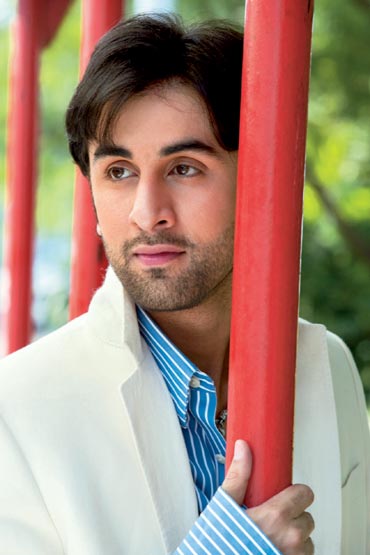 I knew Ranbir as a child. I have shot him as a kid as well as a star.

What I see in him is the energy and determination that probably his grandfather (Raj Kapoor) had.

Ranbir calls me Uncle and he is one of my favorite actors. I wish him well, but I know that he will do well. He is destined to make very good films.

I think he will get into direction soon and surprise everybody. He will probably restart the RK banner. 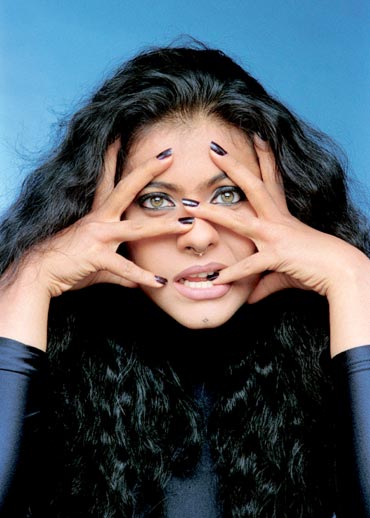 I like this picture of my dear child Kajol. It is very symbolic of her.

She is mad; she is naughty. She is always on time and she is one of the most disciplined people. She never says I am tired.

She does not like to be photographed, but put her in front of a camera and she is dutiful, well-behaved and respectful.

She has a good heart. I feel bad for her because she just cannot handle fan adulation; she is very frightened of crowds.

She likes to be like a normal human being, but with the kind of talent and stardom that she has, it is difficult to do. 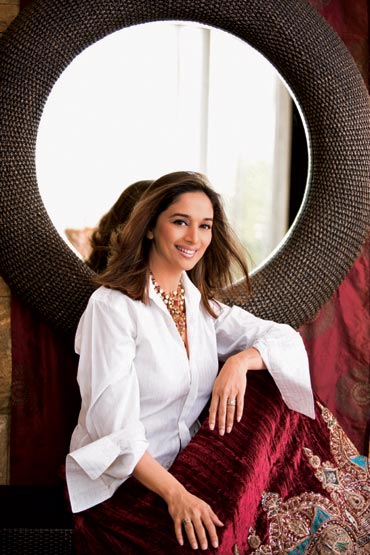 I am glad Madhuri came during my career. I would call her my muse.

There was perfection, extremely good temperament and great talent at your service, and we could make her do what we wanted.

Mickey Contractor, the stylist, and I had ideas and she would imbibe them and become what we had imagined something that I do not find in anybody else.

I have seen Madhuri in all her avatars -- a girl, a wife, a mother. I am happy to have a concurrent career with Madhuri's. 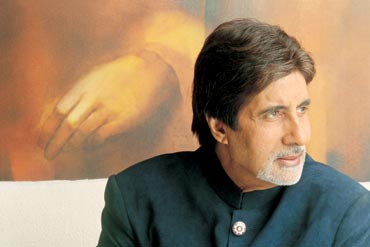 I had done a similar picture of Amitabh 20 years ago. He had liked it so much that he made copies of that.

Recently, when I met him for a shoot I asked him if he remembered that picture and the angle. Without saying anything he turned his face to that angle and we clicked this picture. It is lovely to see people in pictures through the years.

Amitabh is also very frightened of the still camera, but one of the most obedient.

I had the opportunity to shoot two generation of superstars on the sets of Kabhi Khushi Kabhie Gham.

I like Hrithik very much because he too is very obedient, good looking and disciplined. He takes his work so seriously that sometimes even when you know you have got the shot, he will make you do it again. He will say, 'No sir, little more' till he is satisfied.

Later, while selecting the picture, he realises that the first 10 shots were the best, but at least he has that interest. 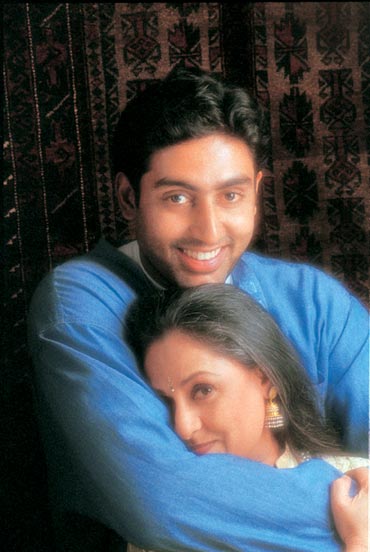 Abhishek is quite a mama's boy. I was actually shooting Jayaji that day and he just dropped in to say hello.

I just couldn't help it and I said 'Let us do a picture with your mother.'

I have shot Abhishek when he was very young too.