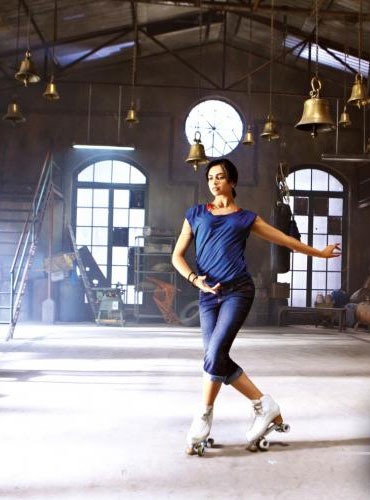 Acting isn't all about expressions and dialogues, you know.

Actors often have to prepare quite exhaustively for their parts, learning entirely new skill-sets just so their character can appear authentic enough.

Here's a look at films for which actors had to learn something new:

In Pradeep Sarkar's actioner, Deepika plays a blind girl called Pinky Palkar, a dancer. It's a film about bike gangs in Mumbai, and the striking actress had to learn rollerskating for her part. That pretty a meal on wheels, we like. 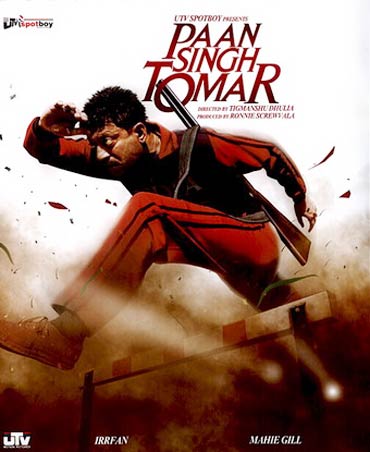 For the title role, Irrfan trained exhaustively with steeplechase coaches, even breaking his ankle in his attempts to run convincingly. Now that's an actor. 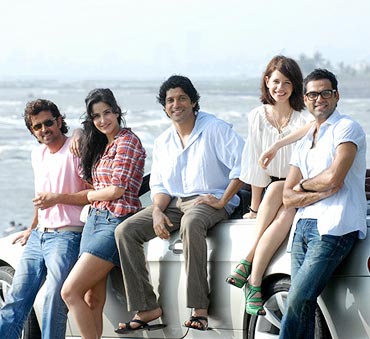 Kat in action mode? We're definitely curious about this one. 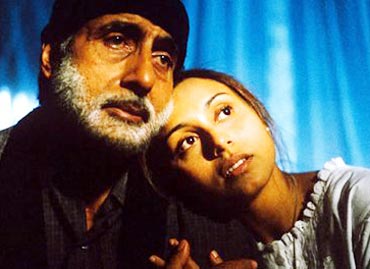 For Sanjay Leela Bhansali's excessively praised blockbuster, both protagonists Bachchan and Mukerji learnt Braille as well as sign language to give the film some much-needed authenticity.

In fact most of the cast ended up using sign language quite extensively. 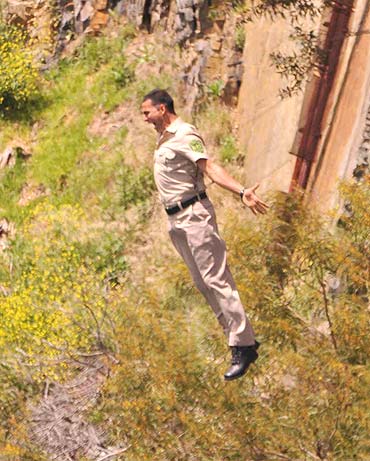 Image: A scene from 8x10 Tasveer

Nagesh Kukunoor's twisty actioner starred Akshay Kumar as a forest ranger, and the actor made sure he got to jump around quite impressively, learning the French freestyle running method known as Parkour, best seen in Bond film Casino Royale. 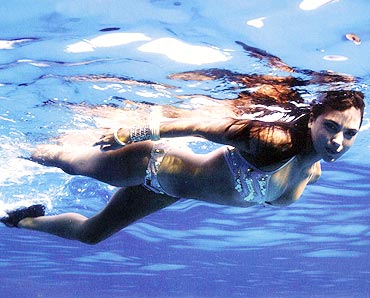 Anthony D'Souza's Blue, an underwater thriller, had everything in place with a starcast including Akshay Kumar, Sanjay Dutt and Lara Dutta.

There was just one problem -- Lara didn't know how to swim. Well, the actress learnt, and dazzled us all with her perfect bikini body. 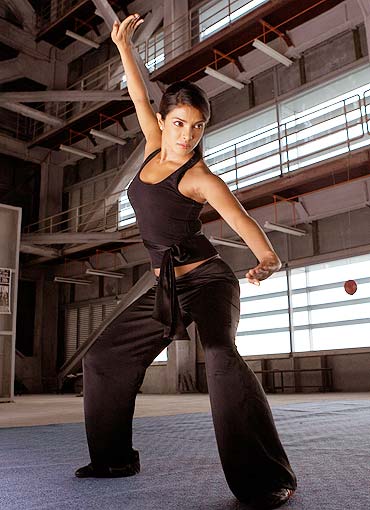 Farhan Akhtar's remake of Chander Barot's classic 1970s actioner Don might have come in for severe critical flak, but most onlookers were more than satisfied with Priyanka.

The actress did all her own stunts, training in martial arts to pull them off okay. 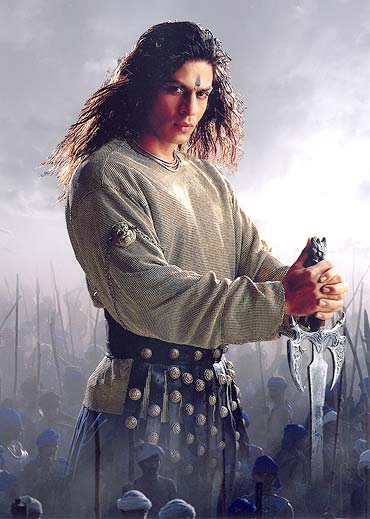 Image: A scene from Asoka

Say what you will about Santosh Sivan's massively ambitious flop Asoka, it must be admitted that the film had truly impressive swordfighting sequences.

Khan, wielding a He-Man like sword with grace, learnt choreographed swordfighting and fencing for the part. 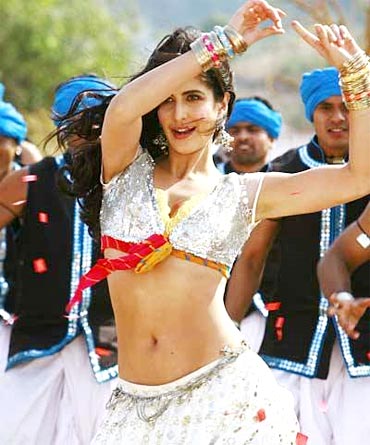 Make the song long enough, Farah, and we'll queue up even without Akki, or a plot. 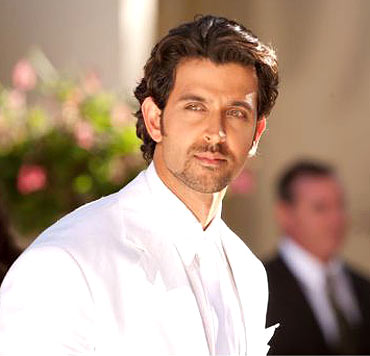 Anurag Basu's recent debacle might have featured Roshan and heroine Barbara Mori as lovers separated by language, but that didn't stop perfectionist Roshan from spending time learning Spanish to get along with his Latina leading lady.

If only that was enough.