'I have faced sexual harassment' 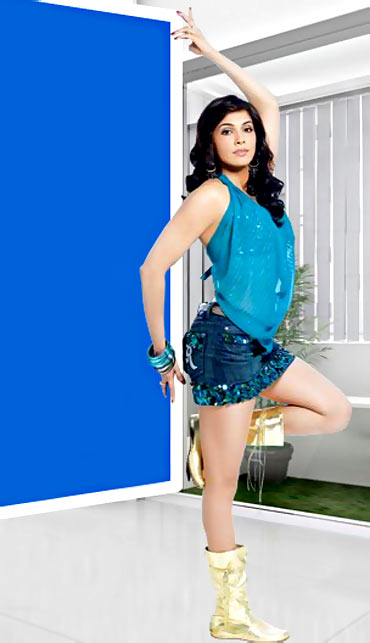 Marriage, it seems, is no longer the death of an actress. Aishwarya Rai Bachchan proved it. And now, Eesha Koppikar is set to apply it to her life as well.

The actress, who married hotelier Timmy Narang last November, is ready with her new film Hello Darling, which co-stars Gul Panag, Celina Jaitley and Javed Jaffery. It has been directed by Manoj Tiwari, and produced by Subhash Ghai.

Marriage has worked its wonders on Eesha. The 33-year-old was glowing when this reporter met her. So it's obviously treating her well? "If I say it, I may lie. But it's showing on my face na? That I am happy and enjoying (marriage)?" Eesha gushes. "I have never seen myself so happy ever in my life. I have never felt so beautiful."

Eesha claims that marriage has changed her life. "I think it is my rebirth," she says. "I have never got as many compliments about my looks as I am getting now. I would work out and eat the same before marriage. But now, the glow is different. I think I digest better now [laughs]. I think I am glowing because I am secure now and have got the right partner."

Is husband Timmy okay with his wife working the movies? "He is a very happy and does not feel threatened by anybody. He's a happy-go-lucky person, just like me," she says. "At the end of the day when you return home after work, it is very necessary to have the right person in your life, who looks after you and trusts your judgment."

'Timmy is right out of a YRF film' 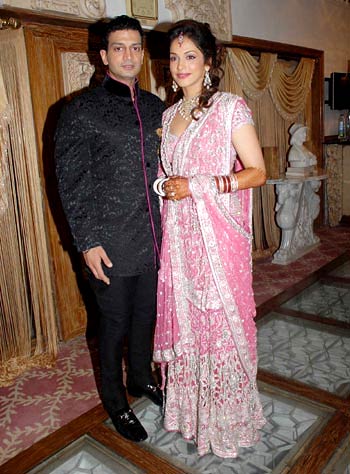 So what has she learnt from her hotelier husband, whom she met way back in June 2008?

"I have become more cautious about food. I have learnt how food should be presented, and how the table is mended. I know more about the exclusivity of different cuisines. When I travel with him, I learn automatically," Eesha says.

Eesha seems to have learnt quite a bit from Timmy, including which fork is used for which type of food.

"I am a perfectionist. I want my spoon at a certain angle on the table. If it's even a little crooked, I get mad. I need my salad fork and meat fork to be perfectly arranged. Timmy is as fussy and finicky as I am," she says. Looks like Timmy taught her well.

The actress has also turned a traditional bhartiya nari. "I wake up at 6:30 am everyday. My puja gets over by 8 am. I don't eat anything before that. I believe in love and God. I respect my elders. If Timmy wants something to be done, I do it. I don't know how to be more traditional than this," Eesha confides.

Not only has Eesha turned traditional, she seems to have inculcated her in-laws' culture, and left hers at the door. The Mangalorean girl, who has married into a Punjabi family, claims that she is a Punjabi at heart. "My body structure is like a Punjabi, so a lot of people thought I was one. At heart, I am very passionate and aggressive. I wear a kadha and khanda. Even before I knew Timmy, my food habits were like a Punjabi," she says.

"I always wanted to marry a Punjabi boy because they are very happy-go-lucky and passionate. They are full of life, like the Yash Raj films. Like Rishi Kapoor in Chandani. Timmy is right out of a YRF (Yash Raj Films) film," she adds. 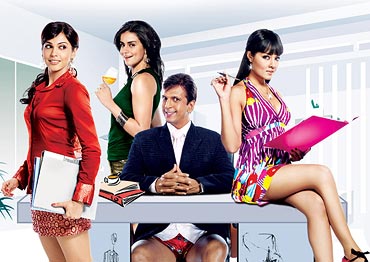 Eesha has a few words about her new release, Hello Darling, too.

"Hello Darling is a comedy, dealing with sexual harassment (at the workplace). I play a girl from Haryana, called Satvari Chautala. She has joined a fashion company even though her father is against it. She is charming but aggressive. She is the one who provokes the other women -- Manasi Joshi and Candy Fernandes (played by Gul Panaag and Celina Jaitley respectively) -- to raise their voices against our lusty boss Hardik Basu (played by Javed Jaffery)."

Has she ever faced sexual harassment herself?

"It depends how you take it," she says. "Sometimes women are to be blamed too because of the way they carry themselves. But most of the time, the men are shameless and want to prey on you, and make advances at you. Yes, it has happened to me but I have nipped it at the bud."

'I don't want to be pregnant this year' 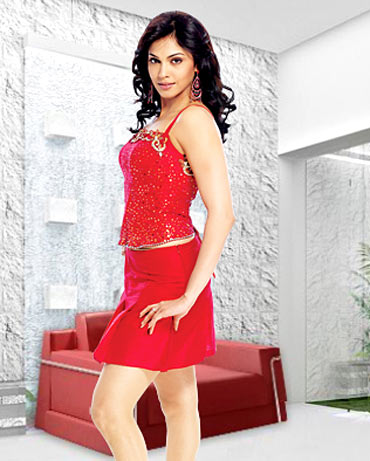 With three actresses on the sets together, were there any catfights?

"I am what I am. I don't fake my expressions. If I am a friend, it will show. If I am your enemy, that will show too. I can't be politically correct. On the sets of the film, Gul, Celina and I had a good time. We chatted, ate together and had fun. Once the shoot is over, if they want to keep up the relationship, I am there. Or else, it's fine with me," Eesha clears the air.

Will we see Eesha more often after Hello Darling?

"I am waiting for my film Shabri to release for the past five and a half years. I am listening to scripts and have selected two projects. I will start shooting in October or November," Eesha replies.

We end the interview by asking the one question married actresses don't want to answer: When are you starting your family?

"I don't want to be pregnant this year," Eesha says. "Whenever I get pregnant, I will let you know."