'Moscowin Kaveri presents a happy side of my life' 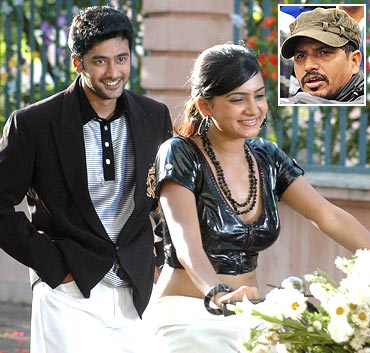 Noted cinematographer Ravi Varman's directorial debut Moscowin Kaveri (Tamil) was ready more than a year ago but got delayed because of some problems.

Now, the good news is that the film is finally releasing on August 27.

Ravi Varman, who is currently shooting the Telugu film Badrinath with Allu Arjun and Tamannah in Manali, spoke to Shobha Warrier about Moscowin Kaveri. Excerpts:

Your directorial debut was ready a long time ago. Are you relieved or excited that it's finally seeing the light of day?

As I have suffered a lot while making the film, I don't feel any excitement right now. I have reached a stage that I am happy with whatever I get, and whatever I don't get will not make me unhappy too.

Yes, it is my first baby and I will know its fate only after its release. I am ready to face all eventualities.

'Nothing has come easy to me' 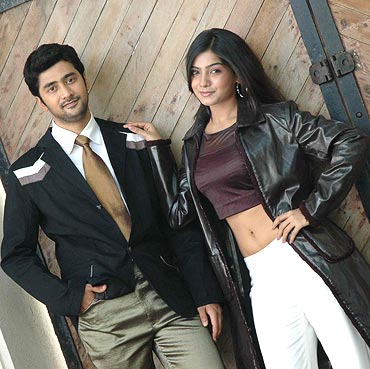 Are you nervous about the reaction to it?

Frankly, no. I am far away from Chennai in Kulu-Manali right now, happily shooting a Telugu film. The very fact that I am part of the film industry makes me happy. What role I play is immaterial to me.

Samantha, your heroine, is very well known now. She was to make her debut with your film.

My film is her debut film. I also introduced music director Thaman. I am happy that the people I have introduced are doing well.

Were you disappointed when the film's release got delayed?

The biggest tragedy in my life was losing my parents when I was young. When you have seen such a tragedy in life, nothing will affect or disappoint you. Successes and failures are part of life, happy and sad moments too. There is no life without problems.

I have struggled throughout my life. When I started my film, I thought it would be easy but it did not turn out to be the way I expected. Nothing has come easy to me. When I joined the industry, I wanted to be a cinematographer and when I became one, I wanted to be a good one, and when I won awards, I struggled to maintain the standard. That is how life is -- struggle always.

'Many young men were named Moscow in my village' 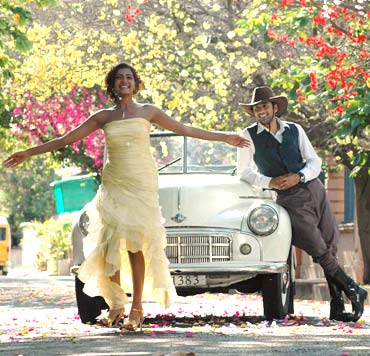 If you were to compare directing to cinematography, which is tougher?

Cinematography is tough physically while directing is tough mentally. But I don't find both tough; that is because I enjoy doing both. When it is my story, I feel nobody else can do it better than me.

Is the story based on your life?

I have taken a leaf out of my book and made it into a story.

Why did you give such a title to the film?

Moscow is the name of the guy and Kaveri is the girl. That is how it became Moscowin Kaveri which means Moscow's Kaveri.

A guy whose name is Moscow?

Because Soviet Union was India's friend. Many young men were named Moscow in my village. Like some are named Lenin, Stalin, etc, there are people who are named Moscow too. My characters are born in a village but live in a city.

'I don't want the happiness or sadness associated with the film' 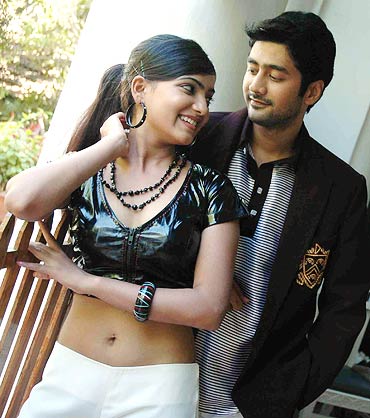 Won't you come to Chennai to know the public reaction to your film?

Would you direct a film again?

Will you take another leaf from your book?

What I have taken is the happy side of my life. The next one wil be a dark side of my life. But I do not know when I will do that. Nothing was planned in my life. I never planned to be a cinematographer or director but I became both. I have no idea what I will do next.

Life is like a driftwood, is it not? We have no idea where it will go. When we are born, we do not know how long we will live. From birth to death, it is a journey, like a wood floating on water. Life takes us to various directions; we don't take those paths.