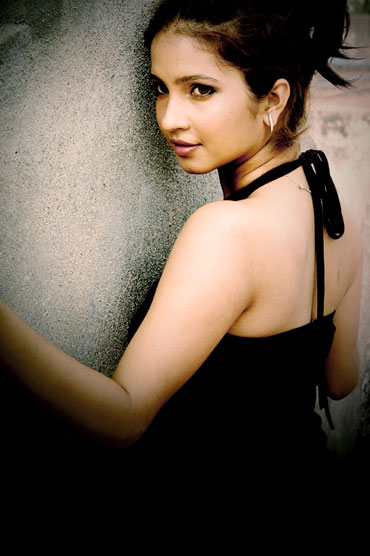 Mangalore lass Shuba Punja says her six-month stint as a journalist came in handy while playing the role of a scribe in the Kannada film Preeti Hangama.

The actress, who created an impact with her performances in Moggina Manasu, Slum Bala, Chanda and Takkat, is now hoping to impress with her journalistic skills.

She gives a low down on her role in Preeti Hangama which releases today. Excerpts:

What is Preeti Hangama all about?

It is a romantic comedy. It is a lighthearted film that speaks of the approach of the younger generation to love. First timer Vivek Raj is directing and acting in the film. Preeti Hangama does not aim at giving out any message. It's an enjoyable experience. 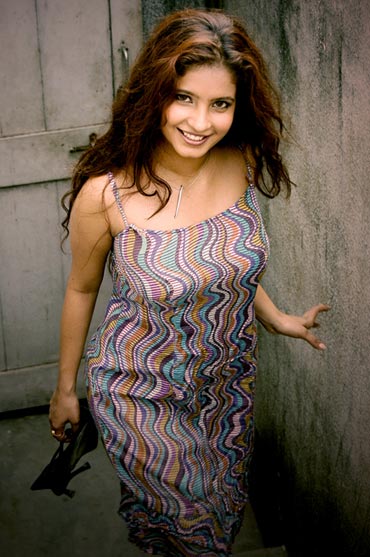 Are you playing a journalist in the film?

Yes. Both Vivek and I play journalists. I am this ambitious journalist who wants to cover serious issues but is given the task of writing about fashion and Page 3 items.

My stint in a web publication and my interactions with media friends came in handy while essaying the role. My work experience as a journalist in that publication was particularly useful as there I worked with a bunch of girls just like in this film. So it was easy for me to relate to certain situations in the film. I am bringing to the fore my glamorous side with this film.

What did you specialise in as a journalist?

I mostly wrote on successful women achievers, entrepreneurs in particular.

'I have even dressed up as Gabbar Singh' Image: A scene from Preeti Hangama

Have you experimented with your looks in this film?

Yes. You will see me in business suits and formal skirts mostly. But what you'll have to look out for is the varied get-ups  I have donned in a song. I have even dressed up as Gabbar Singh! It is possible that in some places, you won't even recognise me!

Vivek being a debutant director and actor, did you have any apprehensions before giving a nod to the project?

Yes, I was doubtful, but once I read the script I was convinced about my role. Also the initial days of shooting ended my fears.

Vivek is full of fresh ideas and is very accommodating. He is open to ideas, be it from the actors or his dance director and this made things easy. 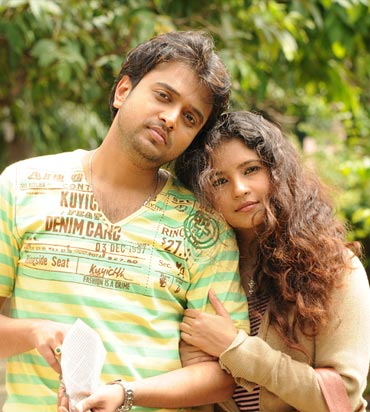 Image: A scene from Preeti Hangama

Also I am not signing too many films unless they are too good to say 'no' to. See, the biggest challenge for me as an actor is to say 'no' to films. It's all about making the right decisions here. It's easy to enter the industry, what's difficult is to stay afloat. My aim has always been to present myself in a different way with each film and thus I wait for the right opportunities.

So like your critics believe, you not doing many films has nothing to do with you gaining weight?

I do agree that I get lazy at times, but when a role demanded me to lose weight, I have so. Slum Bala and Moggina Manasu are perfect examples. But I don't see why people should feel so as neither those who have cast me nor my audience are complaining.

Which has been your most fulfilling role?

While I cherish each of my performances, people liked me best in Moggina Manasu. My fans even to this day identify me with that role. I also related to the innocence in that character.

'As of now I am concentrating only on Kannada films' 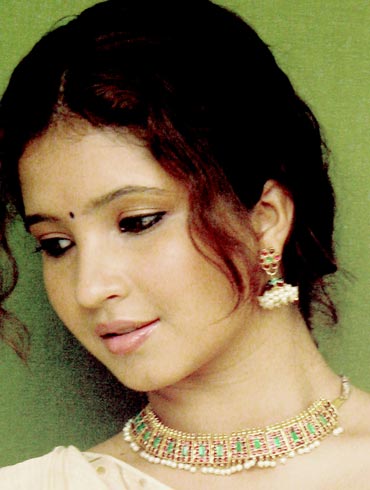 Are you looking to enact a particular role?

I would love to do a film, where it's going to be my show from start to finish. I am very selfish that way and want to hog screen space!  I'm basically talking of roles like the one Aarti did in Ranganayaki. Sharapanjara also gave the leading lady a lot of scope to perform.

I also look forward to playing roles like the ones Malashri portrayed. While it may be difficult to come by female oriented scripts, chick flicks are not a bad idea. I am very hopeful of getting prominent roles as there are a few directors who attach equal importance to heroines. In fact Takkat has been one such film. Despite it being an out and out Vijay film, I was able to hold my own.

Speaking of Vijay, who has been your co-star in most films, what do you think makes you a hit jodi?

Vijay is more of a teacher than a co-star. Some of my best performances have been opposite him as he simply challenges you as an actor. He is a powerhouse of performance and you are left with no choice but to deliver when you are cast opposite him. I have seen our films in theatres and have noticed that he gets whistles all the time. And all I am hoping at that time is for at least one whistle among them for me!

Have you signed any other film with him?

Yes, we are doing Kanteerava. I play a village belle in the film. In the first half I'll be shown with a mental disability. The second half will see me in a different light.

How do you react to the reports of a link-up with your co-actors?

Link ups are a part of this profession and I have just stopped reacting to them.

What do hits and flops mean to you?

Success does matter. It ensures that you have more films in your kitty. But it is performance that matters at the end of the day.

Are you doing any other language films?

I started out with Tamil films. I was cast in a Tamil film after winning a modeling competition in Chennai. I have done three Tamil films. But as of now I am concentrating only on Kannada films. I have established myself here and wish to stay here. If I venture out, there are possibilities of being forgotten here!