Deepika: People shouldn't remember me for my link-ups 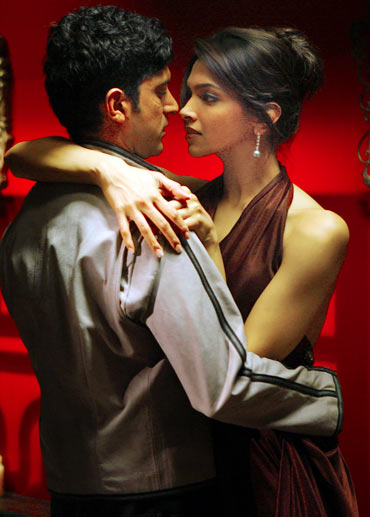 The young actress manages to maintain a dignified air despite questions about her break-up with Ranbir Kapoor.

It helps too that she has films to keep her busy. After romancing Saif Ali Khan in Love Aaj Kal last year, the leggy actress is concentrating on her upcoming movie Karthik Calling Karthik opposite Farhan Akhtar. The film releases on February 26.

Syed Firdaus Ashraf caught up with Deepika for more.

Your rocking chemistry with Farhan in the promos has become the talk of the town.

Certain people can hit it off instantly. Either you have it or you don't. I never gave much thought to the whole thing. When Farhan and I were working, we never noticed [the chemistry]. It was after the promos came out and people started commenting on it that we noticed it.

Sometimes, the most unusual pairings work. The script plays a part too when it creates moments for such chemistry to come to the fore.

What is Karthik Calling Karthik about?

I play a Bengali girl, born and brought up in Mumbai. She is independent and confident; a modern girl of today. She speaks her mind and is sensible yet emotional and loveable.

Is that your life story since you come from Bangalore and have now settled in Mumbai?

In a way, it is. But Shonali is the one who takes the first step, which is not the case with me. 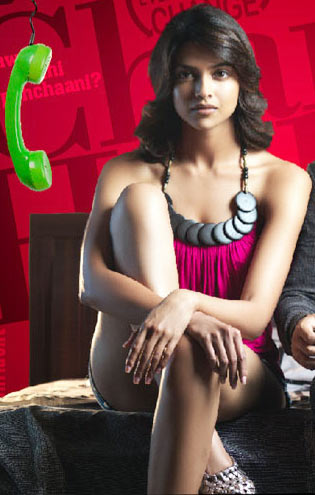 You are working with a new director, Vijay Lalwani, in Karthik Calling Karthik. What made you agree to do a film with a debutant?

The script and Vijay's conviction, and clarity. He was confident and I automatically agreed.

In three years, you have become one of the top actresses in the industry. Your thoughts?

It is a great feeling. I am very fortunate that things are going my way. I will continue to work hard.

It is the result of my hard work. I am only four films old but directors have loved my films. They believe that my character suits their film.

You are versatile when it comes to your look in films. You suited the role in Om Shanti Om, Love Aaj Kal and Bachna Ae Haseeno. What's the secret?

It's thanks to my upbringing. Often, the actor brings his own upbringing to the character he or she is playing. There is always some part of you that identifies with the character you are playing. I have been brought up in very conservative family. But at the same time, we're broadminded too. I have been exposed to sports and dance. So every film I do, I grow as an actor.

How does your family react to your popularity?

When I sat down and told my parents that I wanted to be an actor, they asked me if I was sure about my decision. I said yes and asked them to give me one chance. They did and here I am.

'I have been very honest about my life' 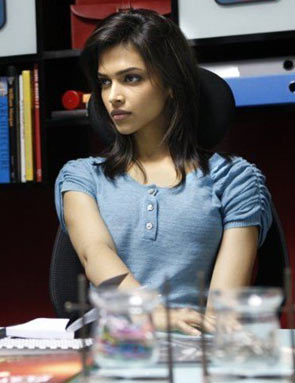 You seem very cool about your personal life even though the media tends to go on and on about it...

If I stop reading the newspapers that means they [rumours] have started affecting me. I don't see why I should not read them.

Secondly, newspapers are not just about tabloid news. I want to know what is going on in the world.

Finally, you learn to be a part of the industry where things will be written about you. You have no control over it but that is fine. I look at the brighter side, my fan following and the awards that I have gotten. All these things make up for the negative aspects.

Have you ever gotten angry about a story written about you?

Have you ever seen that? I have been very honest about my life. There came a point when lines got crossed, which is why I don't talk about certain things. Also, I am here in the film industry to do good work. At the end of the day, people should remember me for my work and not link ups or some random stories. I am working hard and doing my work honestly. My performance is being appreciated.

Is it the sportsperson in you giving these answers?

'I don't need to say anything about Ranbir' 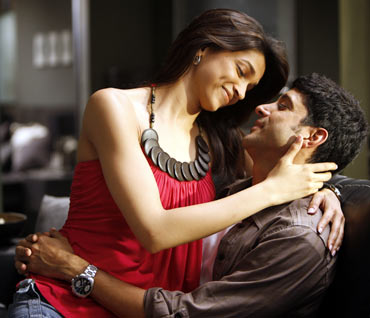 But it is human nature to gossip. In fact, when I was on my way here to interview you, a colleague had asked who I was interviewing. When I said your name she immediately requested me to ask about your status with Ranbir.

I am sure people want to know. The same way I would want to know about Hollywood stars. But it is up to me whether I want to discuss it or not. How do I deal with it? People tell me that I am so calm and that I don't react. I know it is difficult for so many people to digest. But I don't need to say anything. Why ruin my day? [smiles].

How do you manage to stay unaffected?

Like I said, it has got to do with my upbringing and athletic background. I have been a sportsperson so I know one has to accept defeat sometimes.

'I have House Full in April' 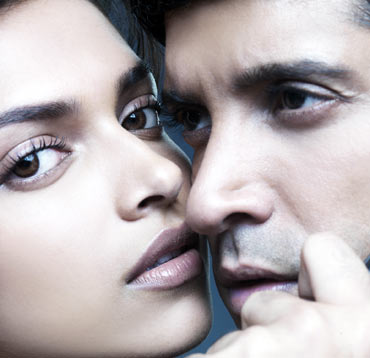 What is the best thing about becoming an actress?

When you get appreciated for your performance. The kind of love and respect that people give you means a lot.

What does it take to make it big in the industry? Is it luck?

Yes, as well as hard luck and other factors too.