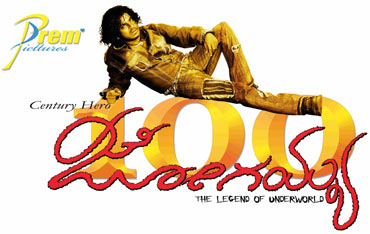 Image: A picture of the calendar Jogaiah invite
Shruti Indira Lakshminarayana in Bangalore

Shivrajkumar's 100th Kannada film launched by one of his favourite directors, Prem, is a cause for celebration.

Prem and his "madam", as he fondly calls his actor-turned-producer wife Rakshita, launched Jogaiah under their banner Prem Productions at a star-studded event in Bangalore.

In true Prem style, everything about the event was opulent. The actor-director is known for his unique ideas and this time too, he didn't disappoint. To start off, calendar-like invites were distributed among friends and the film fraternity.

The calendar carries pictures of renowned Kannada actors and actresses. Tamil superstar Rajinikanth is also featured on the calendar.

The actors' reviews of Jogi, the super hit film which starred Prem and Shivraj and the expectations they have from Jogaiah have also been printed alongside their photographs. What is even more significant is that the photograph of each star appears on the page that displays their date of birth. 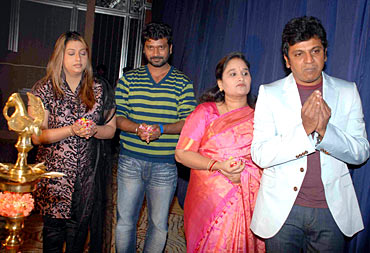 Another highlight was a laser show set to the tunes of Shivanna's (as Shivrajkumar is popularly known) all-time hits.

The actor, who was formerly known as 'Hattrick hero' for having delivered three consecutive hits, was rechristened as 'Century Hero' on the occasion.

"Doing hundred films is no joke. It's a great feeling and it's very nice of Prem, Rakshita and the industry for giving me the title," Shivanna said.

When we reminded him that he had wished to launch his 100th film under his own home production, he replied, "But a good script and a good director is all that matters to me. Also there was no question of saying no to Prem given that he wanted the sequel to Jogi to be my 100th." 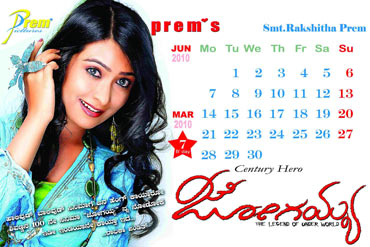 All that Shivanna and Prem are ready to reveal at this point is that Jogaiah is the story of how Jogi becomes Jogaiah.

"The film will show how one person goes on to become a legend of the underworld."

When goaded to reveal Shivanna's look in the film, Prem said, "Wait till April 24. We will start shooting on that day and I will talk about his look then. But I must tell you that everyone is curious about his hairstyle. As in Jogi, it was this element that had generated a lot of hype. Even our chief minister (Yeddyurappa) who launched Jogaiah, could not resist asking me about Shivanna's hairstyle in the film. He said he is looking forward to the movie and wished me luck."

It's just not the chief minister alone, but a whole lot of political and film bigwigs are waiting for Jogaiah to set the screen on fire. 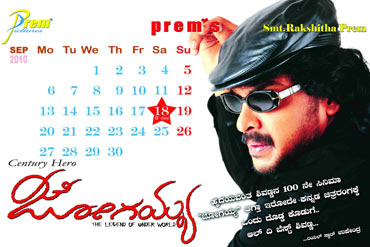 Though best wishes were pouring in from everywhere, Prem said he really missed late actor Vishnuvardhan at this point. "I had mentioned to him about this project and he wanted to see it. In fact after watching Jogi, he had told me I was like Puttana Kanagal (famous director) and that he (Vishnu) had a lot of hopes for me. It's really sad that he is not here with us today," Prem added.

Jogaiah is expected to release by the end of 2010. Priyanka Chopra has been approached to play the female lead which will probably push the budget bar further up.

"See, when it's a Prem movie, it's a given fact that there are no budget constraints. I make it clear at the very beginning itself that I won't compromise on creativity and the technical aspects. This time too, there won't be any compromise just because my wife is the producer. If anything, it'll be an advantage, and I as usual I will give my best." 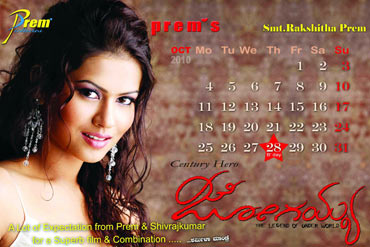 Jogi, the prequel to Jogaiah, apart from the underworld track, focussed on the mother-son sentiment.

Theatre personality Arundathi Nag had played the role of Shivanna's mother. Jogi also established Jennifer Kotwal in the Kannada industry. Gurukiran's songs were a huge hit with the masses. Both songs and the dialogues had a rustic touch to them.

With Harikrishna composing the music for the second edition, all those who have seen Jogi are curious to see how Jogi becomes Jogaiah!