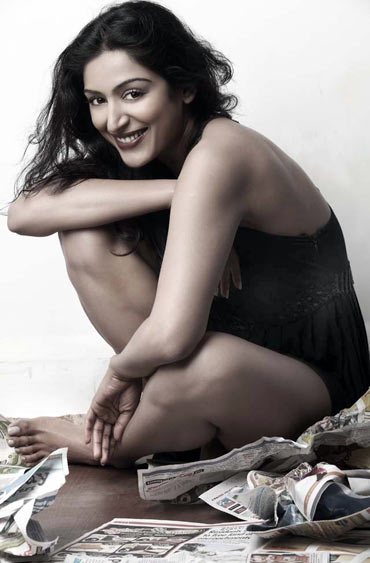 After two gorgeous South imports Asin and Shriya Saran comes another Tamil-Telugu actress Padmapriya, all set to try her luck in Bollywood.

She talks to Patcy N about her shift to her new apartment in Bandra, a suburb of Mumbai, where her co-star has also recently purchased a home.

Did Asin's recent success inspire you to try your luck in Bollywood?

No, it was a personal choice. I was born in Delhi and have lived in many North Indian states like Punjab and Chandigarh. So if I had to choose my film debut, it would have been Hindi anyway. But films happened accidentally. I was working in GE (General Electric Company, a multinational in American technology), Bangalore. I was Miss Andhra Pradesh, and had done some modelling, so the agency circulated my pictures.

I had no intention of working in the movies but I got the best films within three years. Bollywood was a natural transition.

'I got everything on a platter' 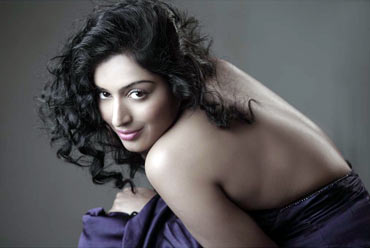 Do you feel you should have come to Bollywood earlier?

No, I am young so there is a lot of time. Plus, it has been quite hectic in the south. I have done 31 films in less than four years with some of the best actors and technicians in Tamil, Telugu, Malayalam and Kannada. So in a very short span, I have covered a lot of things. See the quality of films I have done.

Besides, a Malayalam film takes 35-40 days to be made. I'm working only 15 days a month, so I am not even over-worked.

In next three months, I have six releases in five languages. It was not easy to leave everything and come to Bollywood but I wanted that to happen.

What made you become an actress after getting an MBA (Masters in Business Administration) degree, and working in GE?

I got everything on a platter. After working for three years, I asked my boss (in GE), and they told me to go ahead and handle both (acting as well as working in GE). I don't know why I took up acting but it has become my passion now. 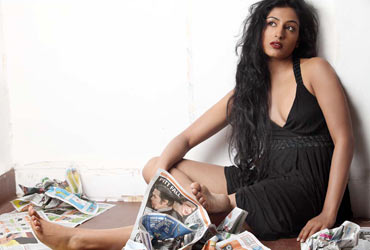 Do you plan on balancing Bollywood and your south career?

I bought a house in Mumbai two months ago. My parents stay in Hyderabad. So I have two homes, and will try and do my best in both industries.

Why did you choose an offbeat film like Striker to make your debut?

I don't think it is an offbeat film. It's very mainstream, and a perfect starter for me. All my film debuts (in all languages) have raised eyebrows; my characters have always caught everyone's attantion. My character Madhu in Striker is one such character -- you cannot miss her in the film. And you will love her. This is not a red carpet film for me but there are many more to come in the near future. So why do everything in your first film?

Did Siddharth help you bag the film?

Yes, he did, in a way. Both of us are from the south film industry. He had seen some of my films and recommended me to Chand (Chandan Arora). That's how he approached me.

Siddharth and I share amazing chemistry. We get along well because both of us love movies. And Chandan is an amazing director. He knew how to drive our energy in the right direction.

'To play a bar owner, you have to be smart and attractive' 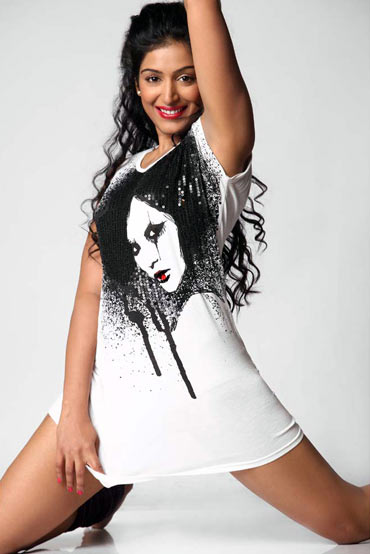 Tell us about your character Madhu in Striker.

Madhu belongs to the Koli (fisherwoman) community but she owns a bar. She is very popular for her pomfret curry, which goes well with alcohol. She has to haggle with her customers because they don't pay on time. She is very vibrant and energetic but at the same time, very mature and grounded. I play Siddharth's love interest.

How difficult was it playing a Maharashtrian bar owner, as you are a Tamilian?

That is my job, so it wasn't tough. I went once to a fisherman locality in Madh Island (on the outskirts of Mumbai) when we were designing my look in the film. I observed how they speak and live. I had to use a few Marathi words in my dialogue but it did not take time to learn because I am good at languages.

To play a bar owner, you have to be smart and attractive, catch the attention of your visitor and handle with with maturity. There is so much energy in such kind of people. 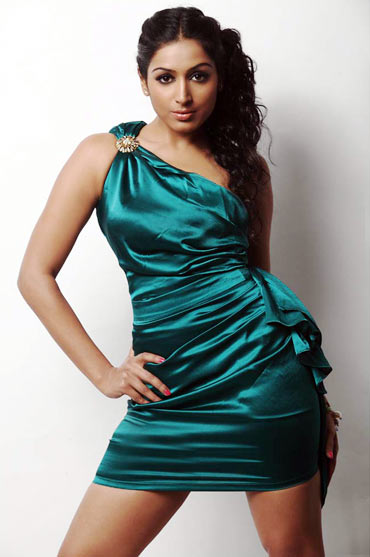 In one of the interviews you said that you had no problems with skin show.

It's not about skin show. I believe my body is like a prop, which can be put to various uses -- it can be used as a warrior, a dancer or a bar owner. So I should be open to the parts I play. If my role demands certain scenes, you have to do it.

Take a film like Chicago for instance. They are bar dancers, and are dressed in a certain way. Now if I go there and say I have a problem wearing those outfits, it does not make sense. So I will do what my character and film require but that does not mean that I will cross the aesthetic appeal.

No actor or actress has got the variety of work that I've got in the last three and a half years. It does not matter where you come from but on you and your talent. I have not come to Bollywood because I have lost my momentum in the south.

Besides Striker, I have Andari Bhanduvaya in Telugu, Irumbu Kottai Murattu Singam in Tamil, Kutty Shranku in Malayalam and Thamassu in Kannada.