'I had to audition thrice for Leader' 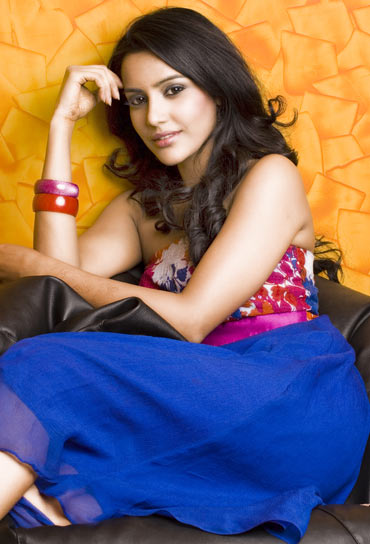 Slim and lithe Priya Anand is instantly endearing as she says she introduced herself with a simple, "Hi, I'm Priya."

After completing her education in media and journalism in the US, Priya left for India to stay with her grandparents. Her first Tamil film Vamanan got her noticed. "Cinema has been an obsession since a young age. I thought I would work on the technical aspects but I never thought I would be an actor," says the chirpy actress.

"Opportunities have come my way but it's been quite tough to get where I am. I had to audition thrice for Leader to prove myself," she tells Radhika Rajamani. Here are excerpts from the interview.

You acted in two Tamil films -- Vamanan and Pugaippadam -- before signing your maiden Telugu film Leader. What made you do Leader? Was it the fact that that it was being directed by Sekhar Kammula and the role therefore would have some substance to it?

All of it, I think. I wanted to do Telugu films when I started acting. My Dad is from there [Telugu]. I have early memories of watching Telugu films. I wanted to do a nice and big movie so when I got a call to audition for Leader, I did it. There were 50 others, too many to comprehend.

Leader is produced by a big banner AVM. Sekhar garu writes his movies well and he is also launching Rana with Leader. So it was a triple-treat.

Being half-Telugu, half-Tamil you dubbed the dialogues yourself. How challenging was it to do so?

I love dubbing the dialogues. I started with Tamil and then did Telugu. Even though my mom is Tamil and dad is Telugu we spoke English at home. It was in fact a challenge to dub the English dialogues sans my accent. Dubbing as a process was easy. Getting the diction right was hard.

'I am naturally extremely hyper' 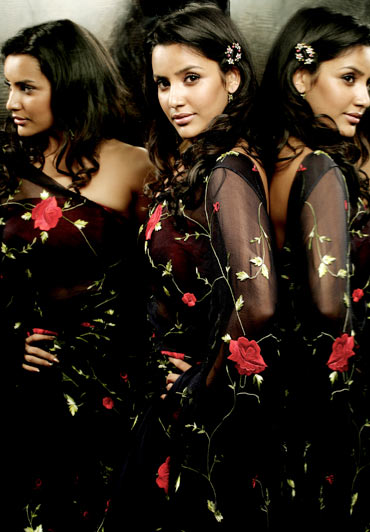 What is your role in Leader?

I have a light-hearted part to play. I play Ratna Prabha who is fun to be around with and who doesn't take anything seriously.

How did you enact the part?

It was challenging to figure what Sekhar garu wanted. Once I knew that the rest was a breeze. It was difficult to know whether I was Ratna or Ratna was me.

How was it acting with Rana?

He is a fun co-star off the sets. But while acting he is serious. He is encouraging and wanted me to dub my own dialogues. Rana is very knowledgeable and has learnt so much of the business.

Rana told me you were a livewire on the sets. How do you maintain your energy levels?

I am naturally extremely hyper. I've been like this from birth. I don't smoke or drink. When people are quiet I take it as a sign for me to start talking. Being on the sets brought out the best in me.

Was acting in Leader a learning lesson besides having fun on the sets?

It definitely was. Sekhar garu lets me learn without teaching me. He lets me perform without inhibitions. I got to discover myself as Ratna. It was an awesome start.

How was Sekhar as a director?

Sekhar garu is calm and collected; he knows what he wants. Cinematographer Vijay is just like him. In fact all the people who work with him are in sync with him. They are so nurturing and make you feel so wanted that you can't help but blossom under their care.

'Ram helped me figure out the commercial things in films' 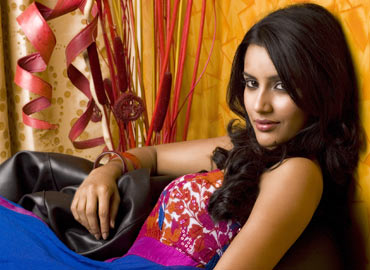 What about the other heroine, Richa Gangopadhyaya in the film?

Richa and I didn't have much interaction till the climax, which was shot in Rajahmundry in summer. We spent hours in the car in the heat! We bonded well since we both grew up in the US.

Even before your first Telugu film released you got your second Telugu project, Rama Rama Krishna Krishna with Ram. How did that happen?

That was one of the best things to happen as I was working with Sekhar. Dil Raju who knew Sekhar [due to Happy Days] asked me to meet the director Srivas. I did and was in the project.

You are now shooting for the film...

I am almost through with the shooting.

How is Ram as a co-star?

Ram has tasted success from a young age yet he is grounded. He has helped me figure out the commercial things in films so I could upgrade myself to modern Tollywood cinema.

Are you open to doing films in other languages too?

Definitely. I speak English, Tamil and Telugu. Since I know two South Indian languages I can learn the other two [Kannada and Malayalam].

Do you love being under the arc lights?

I love acting and being on the sets. I am curious to see the response to Leader.

Would you consider yourself destiny's child?

I think so. My life is an example.