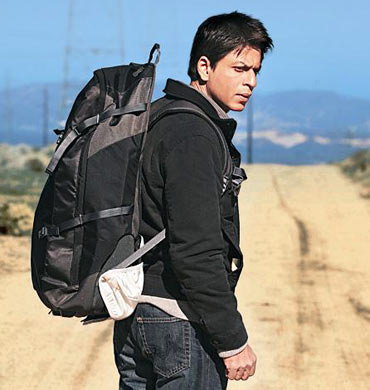 Being a superstar isn't all fun and games. Everything you do or don't is under constant scrutiny. It also doubles the number of detractors. Who knows this better than Shah Rukh Khan?

While the star's popularity remains unquestioned and unsurpassed, there's been no dearth of controversies in his almost two-decade old career.

The latest one involves him facing the ire of Shiv Sena after he stated that he would like Pakistani cricketers to participate in the third season of Indian Premiere League.

Consecutively, the political party indulged in name-calling and protested by threatening to stall the release of Karan Johar's My Name is Khan starring the actor on February 12. The film, however, will release on schedule. Write in, if you're looking forward to its release.

Even as this episode has triggered a series of debate on the subject of democratic speech, here's a look at the numerous other occasions when King Khan made news for the wrong reasons. 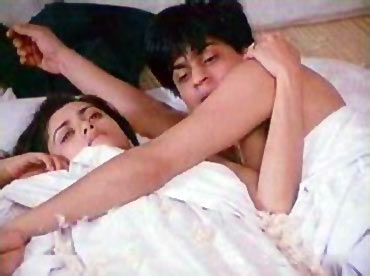 Image: A scene from Maya Memsaab

Back then, the Censor Board made a big deal about it causing much embarrassment to its shy hero, famously known for never locking lips with any of his leading ladies.

Interestingly, clips of the deleted scenes found their way onto YouTube recently. 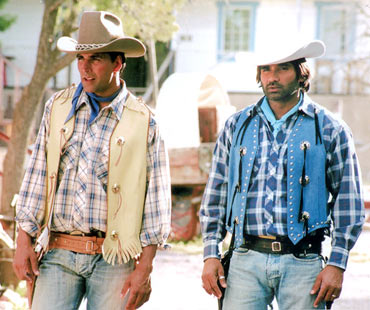 In the early 1990s, riding high on the success of critical acclaim and commercial success, a clearly smug SRK unleashed his cheeky sense of humour on the boringly diplomatic denizens of Bollywood.

As a result, he ruffled quite a few feathers when he referred to action stars as 'junk food actors,' a not-so-subtle hint at the reigning musclemen Akshay Kumar and Suniel Shetty.

But obviously he was misquoted and the two hunks later went on to do one of their best cameo/roles in SRK productions -- Om Shanti Om and Main Hoon Naa respectively. 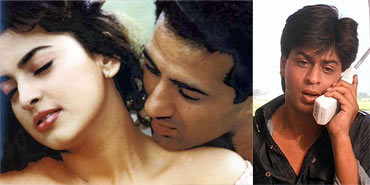 Image: A scene from Darr

For 16 good years, Sunny Deol remained katti with SRK because of how the latter stole the thunder as the stammering bad boy in Yash Chopra's Darr.

Deol was convinced he got a raw deal and Khan's extra closeness to the filmmaker was responsible for a meaty, author-backed role.

Years later, director Subhash Ghai is said to have intervened and patched up things between the two. 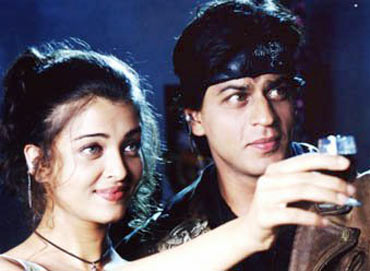 Around the time when Aishwarya Rai Bachchan and Salman Khan were engaged in a turbulent relationship, the actress was working on Aziz Mirza's melodrama on marital squabbles, Chalte Chalte opposite SRK.

The former beauty queen never quite forgave her Devdas co-star for this and that's why we've yet to see them work together. 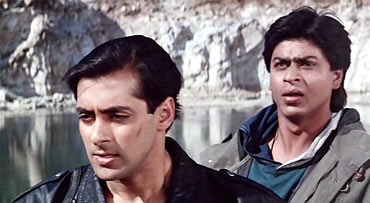 His friendship with Salman Khan, too, didn't prove to be stuff Jai and Veeru are made of. After being on and off for a while, they finally decided to kiss and make-up only to part bitterly.

At girlfriend Katrina Kaif's birthday party in July 2008, as per reports and onlookers, the slightly tipsy actor got into a heated argument with SRK.

It is rumoured that SRK refused to oblige his Karan Arjun co-star by doing a guest role in Main Aur Mrs Khanna, which irked the latter no end and kick-started a war of insulting exchanges.

In the wake of Shah Rukh's on-going wrangle with Shiv Sena, Salman lend support to his erstwhile friend speculating the possibility of reconciliation. 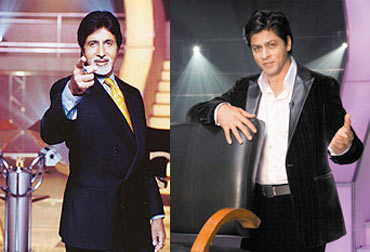 Irrespective of their absurd nature, the comparisons between the Shahenshah and Badshaah of Bollywood have been going on for years.

And after a point they began to show its strain on the actors as well. What with Big B blogging comparison charts to highlight the low ratings of Shah Rukh's game show, Kya Aap Paanchvi Paas Se Tez Hain?

It might be recalled that SRK replaced Amitabh Bachchan as the host of the immensely popular, Kaun Banega Crorepati? Ever since there have been reports of a cold war.

Lately, however, both the actors have graced each other's movie premiere and put these sounds of scandals to rest. 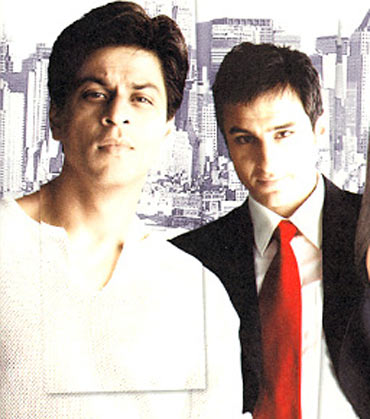 Only it didn't go down too well with politician Amar Singh. SRK's joke about seeing 'darindagi' (malicious intent) in Singh's eyes resulted in his party workers creating a racket outside Mannat, Khan's sea-facing residence in Mumbai.

A week full of sparring interviews later, the two decided to go their own ways and court a fresh set of controversies. 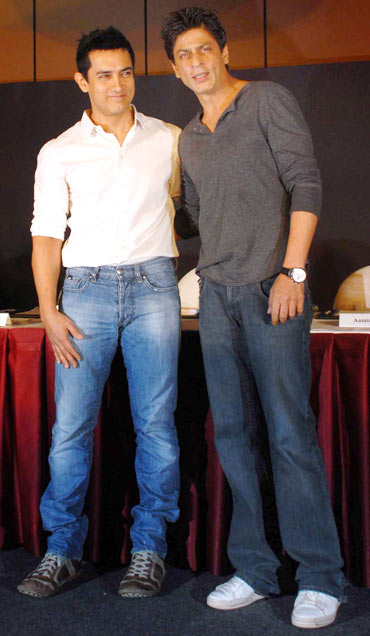 Making jokes about how his dog Shah Rukh is licking his feet or declaring himself as number one as opposed to SRK's number two status' it appeared as though Aamir khan was looking for trouble with his colleague.

An obviously irritated Shah Rukh responded by revealing how his kids were hurt to read such things about their iconic dad on Aamir's blog. The Ghajini star then stated an apology to Khan's children, Aryan and Suhana.

The duo latter put their difference and ego hassles aside to show solidarity for The United Producers and Distributors Association Forum during a face-off with the multiplex owner's over the distribution of profits.

My name is Khan 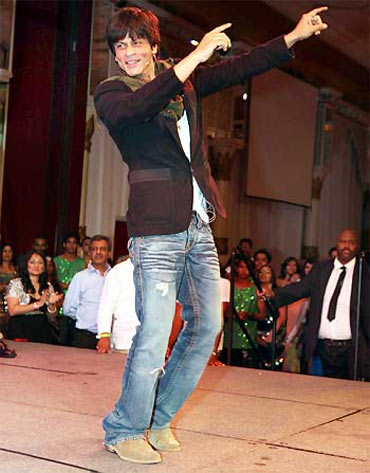 Made to believe celebrityhood means VIP treatment on all occasions, SRK was in a for a rude shock after the Newark Airport authorities detained him for nearly two hours owing to his name.

While this is common procedure in those parts post 9/11, SRK felt unduly hassled and humiliated with all the questioning and drilling.

He voiced his displeasure, which was blown out of proportion by the media sparking debates about the racism and paranoia enveloping US as well the reality check for movie stars.

Even as Bollywood's A to Z spoke in support of the superstar, some audaciously hinted all this was a publicity gimmick to plug his movie, My Name is Khan.

SRK, himself, realised the gravity of his reactions and decided to play down the incident in his subsequent interactions with the media.