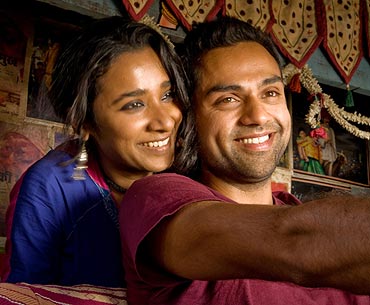 During the promotion of his 2008 film Oye Lucky! Lucky Oye!, Abhay Deol had once posted on passionforcinema.com (a website where quite a few film personalities share their cinematic views) that he hated promoting films. 'Can I risk saying that the part of films I hate most, is promoting it? It's not about the ego, it's not about projecting an image, it's not about being lazy or anything else you might think. The truth is, I love making movies but I just don't have it in me to sell them. I am an actor not a salesman, but most people seem to think that the two are the same,' he wrote.

And during my many interactions with him, Abhay's decreasing interest in giving interviews has become more and more apparent.

At the film promotion of his March release, Road, Movie, we try to capture Abhay Deol once again. Here's what he had to say:

I always try to do different kinds of films. When I read the script of Road, Movie, I felt the story idea was novel, something I had not seen it in Bollywood before. I have seen (director) Dev Benegal's (earlier) work and have liked it. I love to travel and wanted to see Rajasthan, where this film was shot. So I decided to do this film.

I play Vishnu. His father owns an oil company. He wants me to take the family business forward. But Vishnu has plans of his own. At the first opportunity that he gets, he leaves his hometown and explores the world.

'If you like travelling, you will have fun shooting' 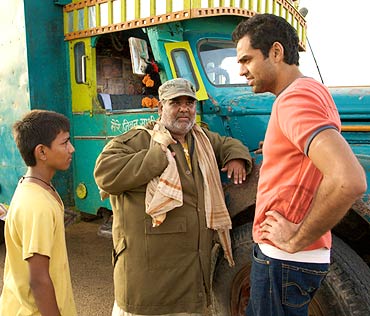 The shoot required a lot of travelling. Was it tiring?

It was very hot, as we shot in the summer in Rajasthan. Shooting on the road is difficult because the location keeps changing. And you're at the mercy of the weather. If the weather changes suddenly, you cannot work.

But if you like travelling, you will have fun shooting. I love travelling. These kinds of shoots are adventurous and you explore new places and scenaries. So it was exciting.

Road movies are a genre by themselves. But there aren't too many such films made in India.

I wouldn't say movies that are shot on the road make up a genre because the film could be a drama, a horror or a romance.

In Road, Movie, films are screen old-style in the villages, with a projector. How was the experience?

It is not old-style. People still watch movies like this in many villages. Travelling cinemas exist even today. Our country has so many villages with no cinema halls that this is the only way villagers can watch films and get entertained.

'We have got positive reactions from the audience' 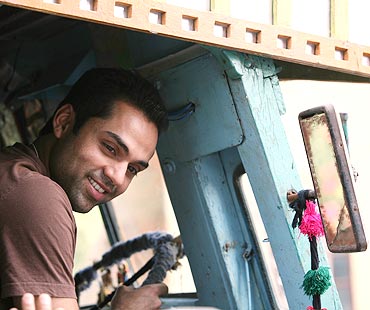 The song Sar Jo Tera Chakraye seems to be a new addition to the film.

No, the Champi song has always been a part of the film. It was Dev's idea, as my father makes and sells oil.

What is the one memory that stayed back with you during the shooting of this film?

Being in a truck with three others, in the scorching heat, and all of us complaining! We did not have an air-conditioner, as it was a low budget movie (laughs). And we were shooting in Rajasthan.

The film has travelled to quite a few film festivals and got a great response.

'I'm happy that people have appreciated my work' 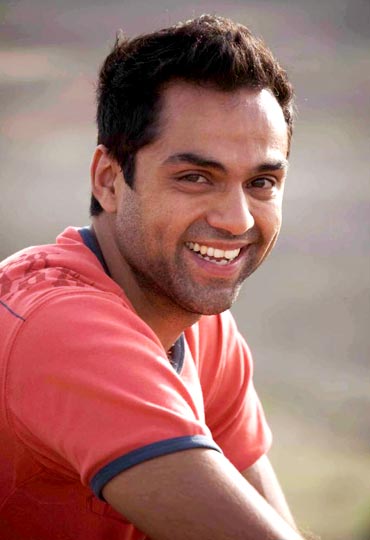 What do you think of your career so far?

I'm happy that people have appreciated my work and I have got the chance to work in different kinds of movies. Our cinema is changing and we're making some good films. All kinds of audiences are watching movies so directors are getting an opportunity to make different kinds of movies. There is no pressure to make only formula films now. I am happy to be a part of this new movement.

Do you ever feel like being a part of a typical Bollywood masala film?

Yes. I do get offers to do such kinds of films but I am not confident that I will be able to carry out such roles. Sometimes I feel they will be good fun, and I might enjoy it.

But isn't there a lot of risk in the kind of films that you do?

Yes. But filmmaking is a risky business. You can do films, taking care to include a big star cast, big budget, songs, action and romance... and still, the film may not work.

So if the business is risky, why not do the films that I like to do since my interest level is automatically high? But you should do it only if you can understand a good script and good talent.

'Sunny and Bobby would love to explore different kinds of cinema' 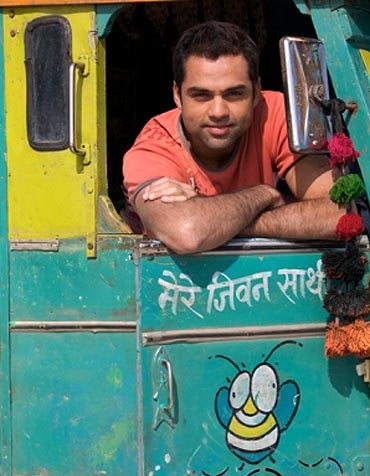 Your kind of movies is very different from the kind of films your cousins -- Sunny and Bobby -- do. Sunny once said in an interview that he was really proud of the kind of work you are doing.

I have got good support from my family, as far as my films are concerned. They were worried at the beginning of my career because they are very protective.

Obviously, they know the world better than me. They have been here (in the film industry) longer than I have. So when I came in with my idealistic and cavalier attitude and wanted to do things differently, they got really sacred. After doing so many films and having seen the way things have changed for me, they are really happy for me.

I think things are slightly difficult for them now. They would love to explore different kinds of cinema but because they have a certain image, people don't approach them with different kind of work.