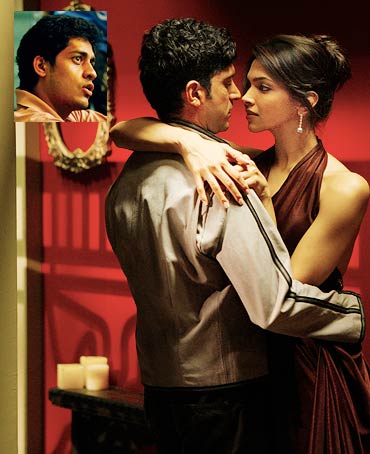 When ad man Vijay Lalwani went up to Farhan Akhtar to ask him for filmmaking tips, little did he realise that he was talking to his future lead actor and producer. As soon as Farhan heard the script of Karthik Calling Karthik, he was on board.

Lalwani, 31, talks to Nithya Ramani about directing one of the best directors in Bollywood, and what we can expect from the film when it releases this Friday.

A romantic thriller is quite a new concept.

The idea came to me when I was having dinner with a friend. We were talking and I remember mentioning what if one phone call can sort out everything in life. Six months later, I found myself developing the idea into a script. The film is primarily a thriller with a romantic track running in the background.

There are several theories doing the rounds about the two Karthiks in the movie. So what is it? Is Karthik hallucinating? Does he have a double role or a split personality?

As much as I would love to discuss this with you, I suggest you go and watch the film. We have designed the promos in such a way that it will give you a fair idea of what's coming. 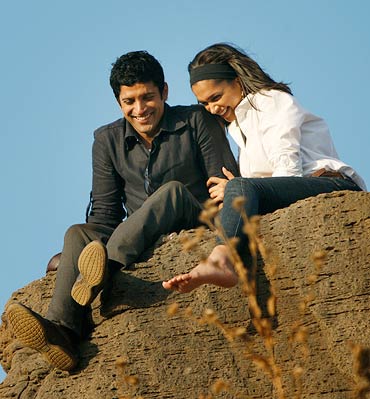 Why did you cast Farhan? Is it because he was willing to produce your film?

No. I had decided to meet up with him to get some tips on filmmaking. But I ended up narrating the script to him. By the time I was done, he wanted to act in it. I was more than happy because I wanted a new face and he was a relatively new when it comes to acting. So it was a blessing in disguise for me to have Farhan co-produce the film as well as act in it. I am sure people will perceive him and his acting abilities differently after KCK.

Again, I wanted a new face for Shonali's character. When I signed her, she was only four films old. I wanted someone who is bindaas, who lets down her hair and does things her way.

Why did you have Deepika cut her hair?

Because she wouldn't have looked bindaas with waist-length hair. It took me a long time to convince her to cut her hair. In the end, I'm sure she was glad she did it. 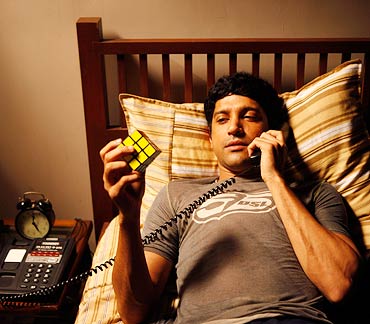 How was it working with Farhan and Deepika? Were you intimidated by them at any point?

Both of them are thorough professionals and have a done a wonderful job. I couldn't have asked for more.

Did Farhan the director give you any pointers while on the sets?

I may be new as far as films are concerned but I know my stuff. I know what I was doing and at some point, Farhan realised it too. I am sure he would have told me if I had gone wrong somewhere.

I think he had his hands full. His character was too demanding. As a producer, he was always there to help.

'Karthik Calling Karthik is not my first script' 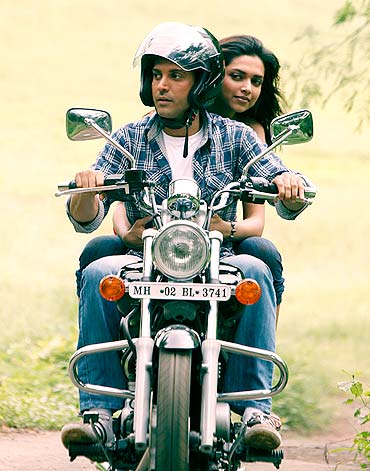 How did direction happen?

Karthik Calling Karthik is not my first script. I have written many scripts before this. In fact, I've been writing scripts since 2002. There was a point in my life when I didn't know what I was doing. I wanted to quit advertising and get into writing and direction because that was where my heart was.

So in 2007, my partner Amit Chandra (he used to edit the promos of Farhan's earlier films) and I formed our own production company called Magic Beans.

I got to know Amit through director Rensil D'Silva, who is a close friend of mine (Rensil, who comes from an advertising background as well, recently directed Kurbaan). He encouraged me to direct. He also knew that Amit was keen in producing films.

Amit and I hit it off very well because we're of the same age and sensibilities. Amit knew Farhan and Ritesh (Sidhwani, producer) because he had done a lot of marketing work for them.

We decided to meet them and get some tips on filmmaking. When I met Ritesh, he asked me to narrate the story to him. Once he heard it, he was willing to co-produce it for us. So Magic Beans and Excel Entertainment got together and here we are with KCK.

Since you were writing before KCK happened, didn't it occur to you that you could probably write scripts for other directors too? What came first -- writing or directing?

I consider myself a writer first. I used to write through the night. Then I would get up at noon and meet people. 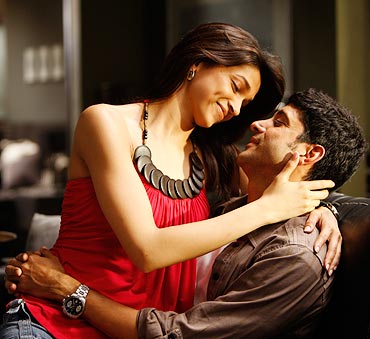 How was your first day of shoot? Were you nervous?

Generally, it is obvious that you do the easiest scene on your first day. That means no scenes with pets or children. Unfortunately for me, the first scene was with children. Luckily, I managed to handle it well and didn't embarrass myself.

What kind of films do you want to do?

I want to be able to make good films that entertain. I have a few scripts ready -- some thrillers and a romantic film.