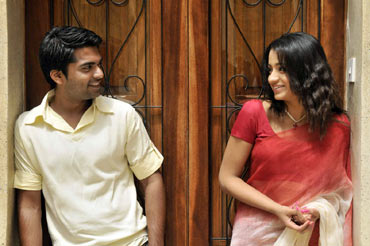 Image: A scene from Vinnaithandi Varuvaya
Shobha Warrier in Chennai

One of the most eagerly awaited Tamil films of 2010 is Gautham Vasudev Menon's Vinnaithandi Varuvaya. One reason for this is A R Rahman who is tuning the music for the film.

Gautham Menon, who has been working on the final mixing till the last minute, finally found himself free to talk about the film. Excerpts:

Why not? I have been dabbling in action films with a love angle but I have not made an entire love film yet. The idea is to make people watch romantic films. And though this film is romantic, it is not simple.

What is not simple about the film?

There is an element of darkness throughout the film. The idea is to make the audience smile with a little bit of tears. You cry when you're sad and when you're happy also. But beyond everything else, it is a love story.

Do you think that love stories will be liked by people of all generations?

Absolutely. There is no doubt about that. But I made this love story because I wanted to make one. I wrote the script and made the film for myself. Now that it is ready, I am nervous and worried. This is the time when I think of the people's reaction; whether they will like it or not.

Till then you don't think of anyone else?

Yes. When I write, I don't think of whether the audience will like it or not. I just hope they like and understand what I say.

'I don't distinguish between a man and a woman' 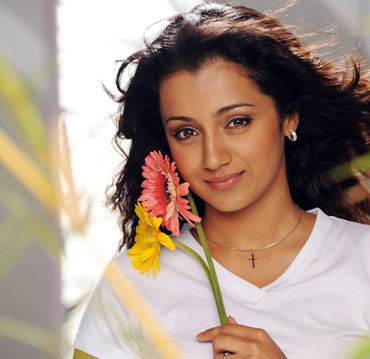 Every filmmaker will say his film is different. I'm no exception. You might have seen these characters before and heard their stories. But the way I tell the story makes the film different resulting in a different experience. The whole feel that you get from the film will be very different.

Are you a romantic at heart?

Why I asked is because the love scenes in all your films are intense and touching...

Thank you for the compliment. I like romance and romantic stories.

Unlike most Tamil films, your women characters are strong and have a distinct individuality of their own. In this film too, Jessie is a strong and imposing woman.

I don't distinguish between a man and a woman. I am for women coming out to work and competing in all fields. They have achieved at lot. I feel that they have to be portrayed as individuals and strong ones at that. That is what I believe in. I depend more on my women audience because they are the ones who have patronised my films all these years.

'The movie is not autobiographical' 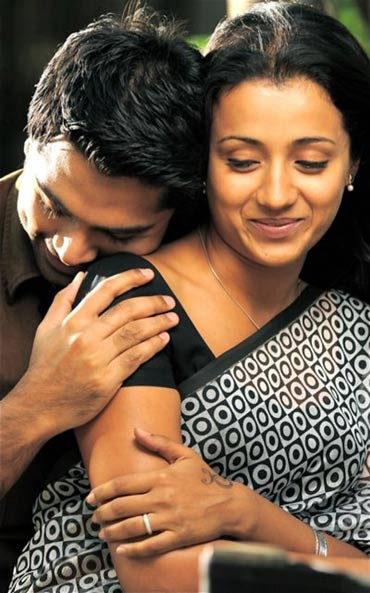 In Karthik's diary, the young assistant director says, he is making his love story with Jessie. He takes the story to you. So, are you also in the film?

No. I can't tell you because that would mean giving away the whole story. But yes, the journal he maintains is part of the film.

Because an assistant director has not been made a hero in many films. We haven't touched on the film-making part of his life that much. It is the story of a young guy who is an engineer but wants to be a director.

Isn't the character you? Is it autobiographical?

No, it is not autobiographical. Yes, that was what I was at some point of my life. When I create a character, a lot of myself will be there. That is why the mechanical engineer turning film-maker bit came into the story. 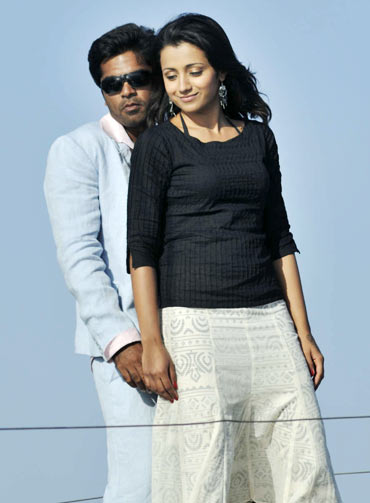 Jessie is a Malayali Christian. What inspired the character?

Yes, she is partly inspired by someone I have seen in real life; just the characterisation of the girl and her parents. I've always wanted to have a Malayali Christian girl as my heroine. Only now, I could give life to her.

With Rahman's music, do you think the film has been taken to a new level?

Absolutely. There is more international awareness about this film now that Rahman has composed the music. Even in the domestic circuit, there is a buzz about the film.

Already we have got a tremendous response when we opened the ticket bookings. It is for the first time that a film of mine is getting such an opening. People want to see how the songs are picturised.

'I don't just give the songs to the choreographers; every step has to be approved by me' 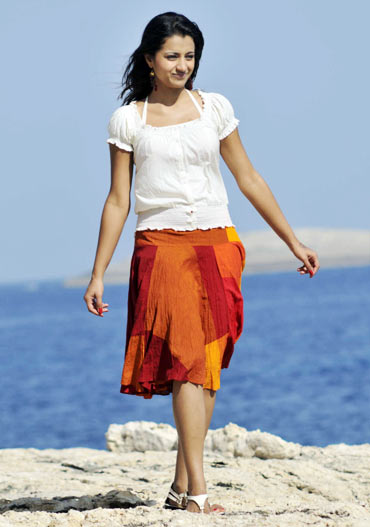 The songs have become a rage. How interesting was it for you to shoot them?

It was tremendously interesting. When I got the songs, I knew they were part of the script; they take the story forward. I love shooting the songs. I don't depend on the help of choreographers alone to shoot my songs; I shoot them myself. I don't just give the songs to the choreographers; every step has to be approved by me. I love to shoot my songs and I think that is my forte.

Aaromale the extra song you got from Rahman is like the pained cry of a passionate lover.

Aaromale was the song that was not in the script. We got it as a bonus from Rahman. But Aaromale forms a very crucial part of the film because it takes the story forward. It comes as a background score over a major scene in the film.

Was it the toughest song to shoot?

The toughest was putting together Hosanna. We shot the song in some really exotic locations. When I look at the song now, I cannot help but say, "Wow, what a song!"

You must be excited.

I am tremendously excited and nervous too. Whenever a film of mine is ready for release, I get panicky.