Bollywood's Beauty Icon of the Decade 'A thing of beauty is a joy for ever:
Its loveliness increases; it will never
Pass into nothingness.'

English poet John Keats isn't far from the truth while reflecting on the merits of genuine allure. While he may not have had Bollywood in mind while carving his thoughts in poetry, they do apply universally.

Coming to the world of showbiz, an actress is not just about great looks but also the way she carries herself to create an unforgettable impression on everyone who comes in contact. And that's what makes her an icon.

We asked you, dear readers, to vote for your choice of Beauty Icon of the Decade in Hindi films. The results are out and here's a look at the ones who made it:

'She's the fairest of them all.'

Frankly, was there any doubt? Almost every second person on the message board voted for Aishwarya Rai Bachchan. Unanimously, a bona fide beauty of this decade and quite effortlessly one of the most splendid faces to adorn the Indian screens, ever.

Like Meryl Streep's wealth of talent, so much has been said and written about the lady's legendary looks that it's impossible to avoid a cliche or two. Like her wistful blue-green eyes, pixie nose, surreal smile, elegant manners, the list is endless. 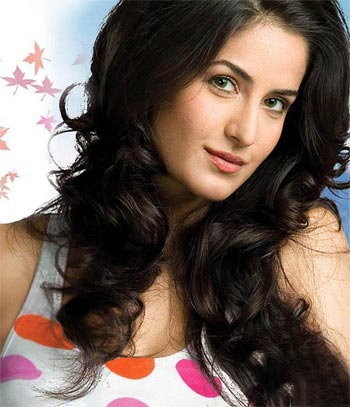 At the beginning of this decade, practically no one had heard of Katrina Kaif. At its end, she's Bollywood's reigning queen.

Through sheer determination and some good luck, the luminous lass from London took Bollywood by surprise.

A looker by all means, Katrina's doe-eyed cuteness-glossy pout combo, despite her reserved, careful disposition, makes her the quintessential hot 'n' sweet beauty. Is it the cognac hue in her eyes? The lilting chime in her laughter? The unmistakable glow in her demeanour? Kajol is exquisite.

Right from her dud of a debut, Bekhudi to the recently aired promo of My Name is Khan, her sensational presence is undeniable.

Everyone loves and relates to the sometimes fun, sometimes serious but consistently individualistic characters she plays.

Never the kind to project herself as eye-candy, Kajol's various attempts to conceal her loveliness in shoddy clothing and sloppy styling hasn't prevented us from adoring her timeless grace. Trust me, it's not the short dresses or the cool cat canter. There's more to Priyanka Chopra than her sassy style and trendy bearings.

The spirit in her eyes and challenge in her tone is what adds character to all the fluff she endorses or slips into.

Beautiful, modern and ultra-sexy -- Priyanka is all-out feminine yet not frail, independent but not stiff. 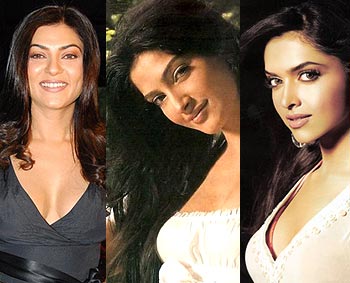 It's a tie between a former beauty queen and the current toasts of Bollywood.

Sure, Sushmita Sen won the Miss Universe pageant in 1994 but her gorgeous persona isn't on a superficial level alone. What makes Sush so appealing is her dazzling eloquence, enigmatic aura and unconventional lifestyle.

At 34, she is singly raising her two adopted daughters -- Renee and Alisah. While her career might not have reached the heights one expected it to, there's no denying her magnetic presence or the warmth in her beauty.

Though they made their entry only recently in this decade, Sonam Kapoor and Deepika Padukone have already won enough admirers to make it to this list. And that is saying a lot.

While Anil Kapoor's daughter began her career as an assistant to director Sanjay Leela Bhansali who later mentored her as the leading lady of Saawariya, Deepika Padukone sparkled the ramp scene before catching Farah Khan's eye.

From an overweight teen to a delicate diva with a confident voice and edgy fashion sense, Sonam is a potential role model for a lot of young girls. While Deepika's comely perfection and a marvelously fit body makes everyone scream 'wow.'