Filmi buddies who deserve a reunion 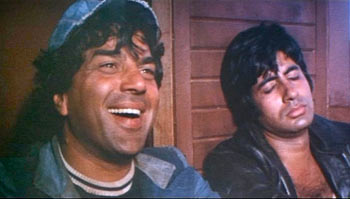 Image: A scene from Sholay
Raja Sen in Mumbai

It's got nothing to do with Article 377, honest.

It's just that Bollywood is one big boys club, and most of the finest blockbusters have been forged around brotherhood. It's not just Hindi cinema, and we've seen classic pairs right from Stan Laurel and Oliver Hardy to Walter Matthau and Jack Lemmon to George Clooney and Brad Pitt.

These aren't just their Indian counterparts, but, in fact, a wishlist for great pairs we'd love to see back on the big screen together:

They're the quintessential cinematic buddy pairing, and while we're definitely sure we don't want a Sholay reprise -- look what happens when you try that -- but it would be really, really cool to see Dharmendra and Amitabh Bachchan together again, a pair of grizzled veterans joining forces for a well-plotted police operation, say, or as villains aiming to smuggle in some contraband. 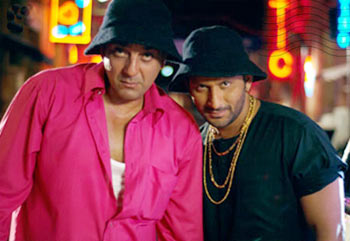 Image: A scene from Munnabhai MBBS

A gangster and his bling-loving sidekick sound like an obvious pair, but not when said hood distributes bearhugs-of-bliss and the sidekick proves to be an irresistibly good-natured drunk.

They beat up bad guys, study for medical degrees, participate gleefully in radio contests, and groove with the father of the nation, all while constantly having each other's back.

We've been told Rajkumar Hirani's taking his pair to America sometime, but there's no word on when. 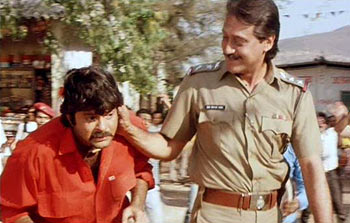 They've done over a dozen movies together, but this duo of the calm and studly Jackie and the young and roguish Anil blazed a trail through 80s cinema, tearing it up better than Butch and Sundance could.

Damn the homoerotic subtext -- and there was a lot of speculation as the two hirsute stars made their films' leading ladies seem irrelevant -- these two conjured up some truly special chemistry. 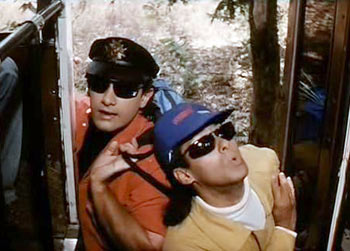 It's easily the finest performance of Salman Khan's career, and many of us would give a limb to see Aamir Khan as unencumbered once again -- but it's always going to be hard to match the raucously over the top comedy Andaz Apna Apna.

The two cads vie for the love of the same girl after having hoodwinked their respective fathers, and it would be simply immense to have them fooling around on screen one more time. 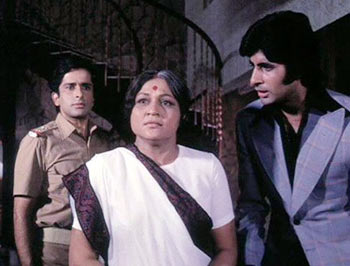 Image: A scene from Deewaar

They got together in Trishul and Suhaag, shared a shower in Silsila, fought a bald baddie in Shaan and stood as rival kidnappers posing as schoolteachers in Do Aur Do Paanch.

Bachchan and Kapoor did a grand total of 14 films together, highlighted by the iconic Deewaar, and their joint filmography drips with absolute versatility.

It'd be fantastic for any director now to give them old sparring roles, fathers-in-law or old sarcastic neighbours -- anything to have that mad chemistry back again.