The Sexiest Bikini Babes of the Decade 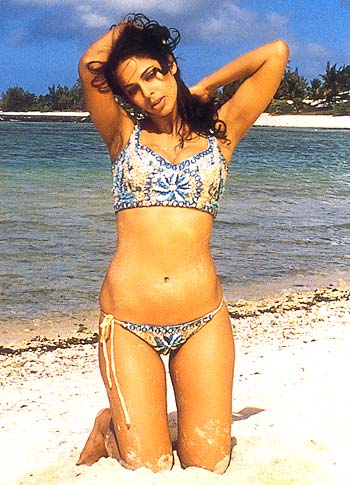 This decade, Bollywood discovered the bikini. Sure, we'd seen them since Zeenat jawdropping Aman, but now they became an item of regulation clothing, an item song accessory, a headline to sell a film with.

No more words. Here are the ten memorable bikini-rockers of the decade:

To be fair, Mallika's BRRB bikini is some of the most modest clothing she's ever worn, her outfits in films like Murder and even Guru showing off a lot more skin.

Still, no doubting the sultriness on this babe. 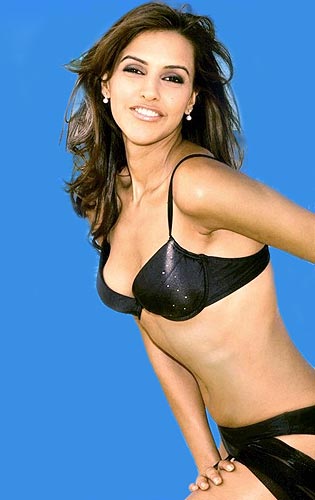 She might be trying to make an actress of herself with Bollywood's indie lot right now, but so far Dhupia's known only for her quote that 'only sex and SRK sell' and for her bikini bod in Julie. 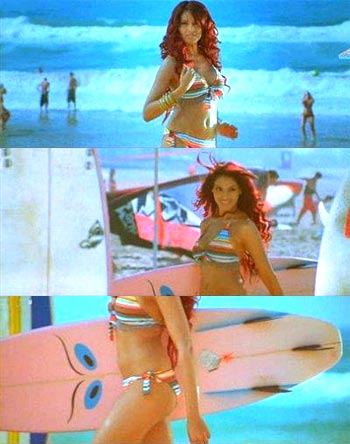 Aishwarya Rai wore the miniskirts, but the voluptuous Bips stole her thunder as she squeezed her curvy bod into bright yellow and floral bikinis and made Uday Chopra's jaw drop.

He wasn't the only one. 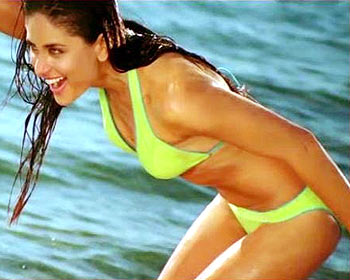 Most of the hype about Vijay Krishna Acharya's Tashan came from the fact that Kareena Kapoor had starved herself to become a size zero, and it was this stick-thin figure she paraded in a bikini. 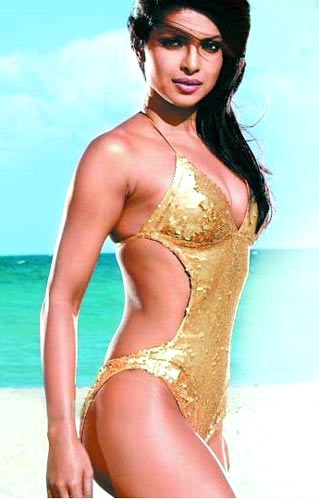 She has one of the best bodies in the business, and Piggy Chops would turn gay men straight with her immense oomph in Dostana, shown off with not just in golden bikinis as memorable as Princess Leia but also in bikini-blouses for her sari. Yum.

A friend's doctor father prescribed that one better not miss the first few minutes of Dostana, what with Madame Shetty exhorting us all to Shut Up And Bounce -- and all of us more than happy watching her do the same.

The best body in the industry, by far. 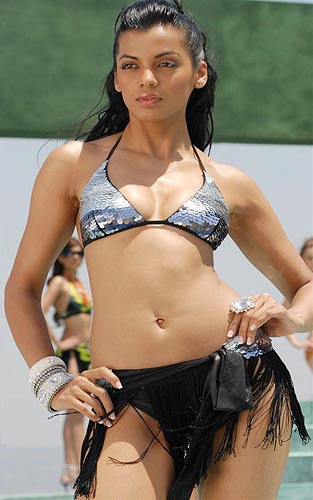 Trust a supermodel to effortlessly carry off a bikini in her very first film.

Godse rocked the tiny silver bikini in Madhur Bhandarkar's Fashion, and showed not just a great body but enough sass to make us want a lot more. 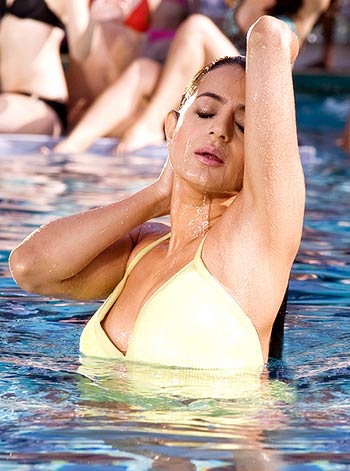 Kunal Kohli hit paydirt when he came up with the answer to the ever-perplexing 'how to use Amisha Patel effectively' question.

Take her clothes off was the answer, and Patel rocked a canary yellow bikini, wearing insanely tiny dresses the rest of the time. 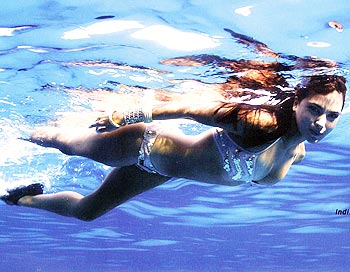 It's unanimous: Lara Dutta is by far the best thing in Blue. Then again, that's too low a benchmark.

Dutta positively burns up the screen in the film, making it almost watchable, her body an incredibly tasty collection of curves. Wow. 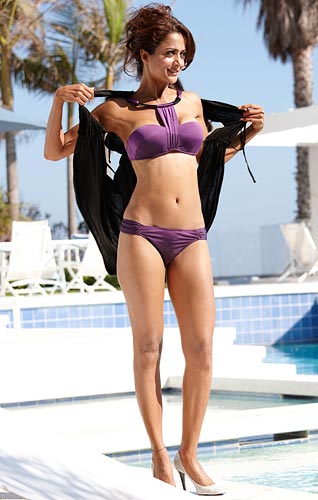 Used in the same way as Amisha, Amrita was annoying as hell in Kambakkht Ishq, but at least she showed enough of a body to really get tongues wagging.

A taut body, and credit where its due, those legs could successfully advertise many a gym.