Sign in  |  Create a Rediffmail account
Rediff.com  » Movies » 'After Gadar, I decided not to make big films'

'After Gadar, I decided not to make big films' 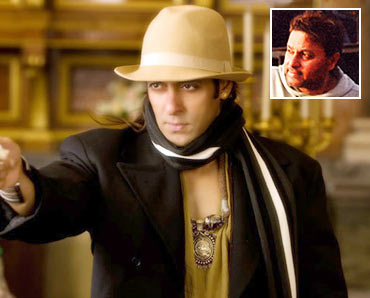 Anil Sharma knows only too well that a blockbuster film like Gadar: Ek Prem Katha happens only once in a while. Yet, he hopes that audiences will love his upcoming film, Veer, just as much.

Nithya Ramani chats with Sharma, and asks him why Sunny Deol does not share the film credits.

None of your films could reach Gadar's success.

Films like Gadar come out once in 30 years. I am proud that I did that film. The film of that scale and grandeur is possible to touch people only once in a while. I feel fortunate that people will remember my film and me with classic films like Mughal-e-Azam and Sholay.

It is not possible to make a Gadar every year though I do make an effort. Hero: The Love Story Of A Spy and Apne were hits. Ab Tumare Hawale Watan Sathiyon was the only film that didn't do well.

After Gadar, I decided not to make big films, as it takes up too much time. I wanted to do smaller films and make money. But when Veer came by, I thought maybe God wanted me to take it up.

'At first, Salman did not get a director for Veer' 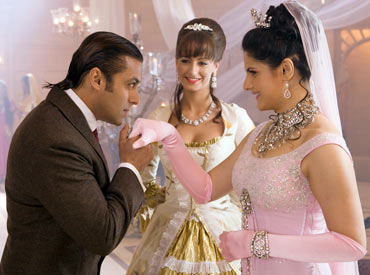 Salman Khan has written the story of Veer. Did he approach you to direct the film?

Salman wrote the story and was looking for a director. But he didn't get anyone.

We have always wanted to work with each other, so I decided to take it up. With the help of my Gadar writer Shaktiman and other writers Sailesh Verma and Krishna Ragav, I wrote the screenplay. That is how Veer happened.

Salman had written a fictional story. After reworking the script, we did a research about the Pindaris in India between 1860 and 1900. We then made Veer a period film, belonging to an era nobody knows about. People know what happened before and after Independence. But no one knows the period between 1860 and 1900. 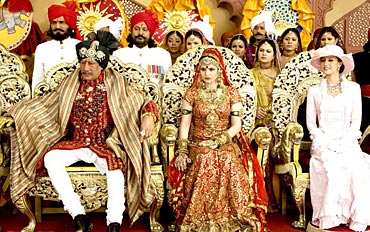 There are reports that Salman and you had a lot of differences on the sets.

Salman may have written the story story but a film is told from a director's perspective. While shooting, Salman and I would discuss the story. It was a natural process, there was no need for the media to make a big deal out of it.

So who usually had his way?

In his interviews, Salman had said that I used to have my way. But there were times when I had to agree with Salman because we were losing time and money, and I just wanted to get over with it. We would shoot the way both of us wanted, and later decide which one was better. I didn't want to waste time arguing.

Do you think period films work these days, especially when contemporary films like 3 Idiots and Ajab Prem Ki Ghazab Kahani are doing well?

How many films are being made in a year? How many of these are actually noticed? And how many become hits? Only films that touch the hearts of people do well. Is desh mein wohi chalega jo villages mein chalta hai (only those films that work in villages work in the country). Because the asli India is in the villages and we have touched that in Veer.

'Sunny is the unbeatable star of Indian cinema' 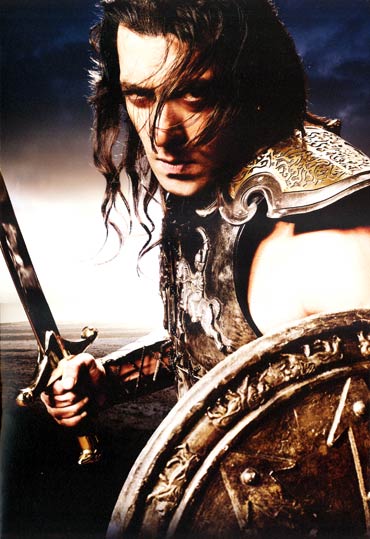 Why didn't you cast Sunny Deol in Veer -- maybe instead of Jackie Shroff?

How can you even think of Sunny Deol in a negative role? Do you think he would agree? Do you think audience would accept him in a negative role? Hamare audience aaj bhi chahte hai that if 12 Bollywood stars are on one side and Sunny Deol is on the other, Sunny should beat them all up and emerge hero. Sunny is the unbeatable star of Indian cinema. How can he get beaten up? How can you think that Salman would beat up Sunny? Sunny would have been an appropriate lead had Veer been made 10-20 years ago.

Salman was the perfect fit for Veer and jahan Salman wahan Sohail. He plays Veer's younger brother. We wanted a father figure for Veer and decided on Mithunda. We could have got Amitabh Bachchan but it didn't happen.

Zarine was introduced to me by Salman. She was a junior artist; Katrina Kaif had spot her. Salman took her pictures and sent them to me. I felt she was on the heavier side but she worked very hard to reduce her weight. She fit the bill of a princess perfectly.

Do you think she resembles Katrina?

No. That was just media hype.

'Salman, the actor, is very obedient' 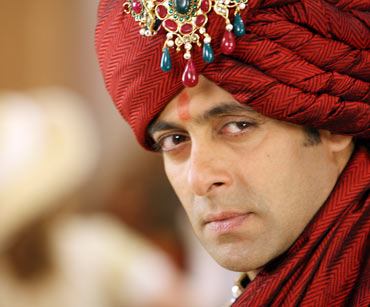 How did you decide on the look for Veer?

We didn't do a lot of research. The first thing that comes to your mind when you think of a warrior in the 1900s is long hair, a well built body, and a horse-rider.

There is another look in the film. Veer goes to London to study. There, he has short hair and is well-dressed.

Salman, the actor, is very obedient. He does what he is told, gives his shot and leaves. Salman the writer has something to prove, probably to his father (Salim Khan), who is a writer too. So he tries to prove himself.

On the sets, we would have a mix of emotions. There would be times when Salman would be narrated a scene and he would remember what he had written. He would discuss it with me and I would explain that the script had been changed to suit the story.