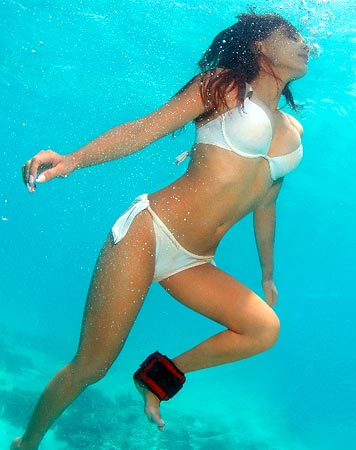 Image: A scene from Kidnap

Skin show is no skill.

Even if Bollywood's hottest women would like to make us believe otherwise.

While in some cases channeling the sex symbol within has led to great advances in their careers, like Urmila Matondkar in Rangeela, Mallika Sherawat in Murder and Priyanka Chopra in Dostana, not everyone's gotten far with it.

Don't believe us? Here's a look at instances when shedding clothes didn't help an actress or her career.

Enter the starlet taking a dip in the aqua blue seas wearing nothing more than a pristine white two-piece bikini in Kidnap. Too bad the action thriller, co-starring Sanjay Dutt and Imran Khan, turned out to be a damp squib sealing Minissha's sexy fate with it. 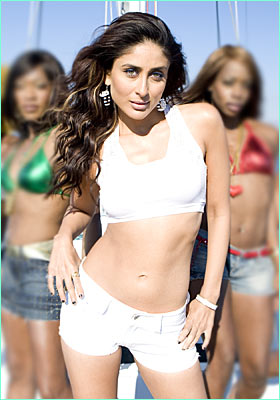 By convention, all the hype Kareena Kapoor's size zero figure in a lime green bikini generated alone was enough to guarantee a smashing opening for the star-studded Tashan. 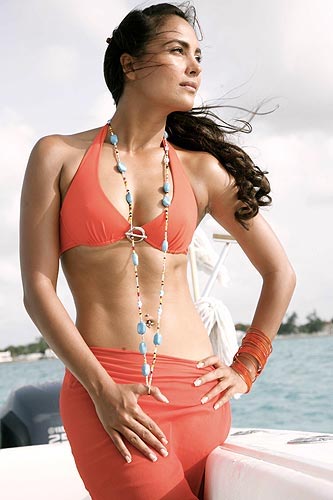 As much as we dig Lara's hotness and her resolve to go all out (with her wardrobe at least) for the treasure hunt caper, it didn't do anything for the actress or the movie. 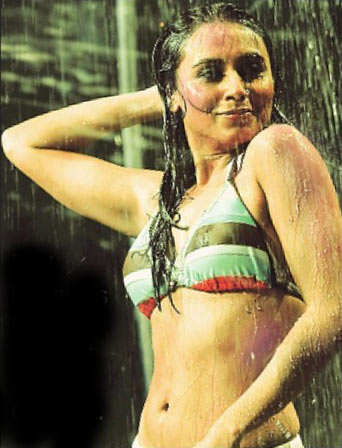 Following the herd was never a Rani Mukerji thing to do. Then again, a sliding career can make anyone desperate.

And that's precisely what one thought of the talented star's skimpy-show strategy in the steaming hot videos of Dil Bole Hadippa. Didn't work. 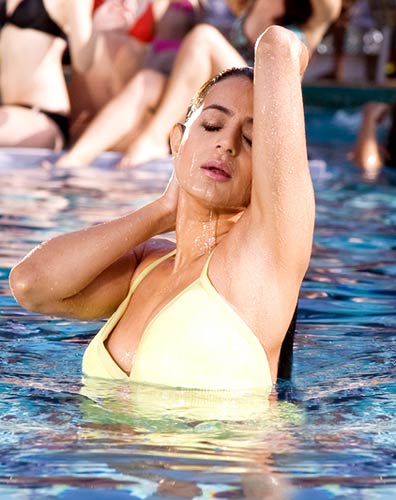 While Rani stuck to her coy act, second lead Amisha Patel toned up all her baby fat to slip into tiny outfits to ooze oomph and win Saif Ali Khan's stern-faced affections in Kunal Kohli's worst film yet.

Enough to say, Ms Patel didn't succeed at either.

Amrita Rao, Short Kut: The Con is On 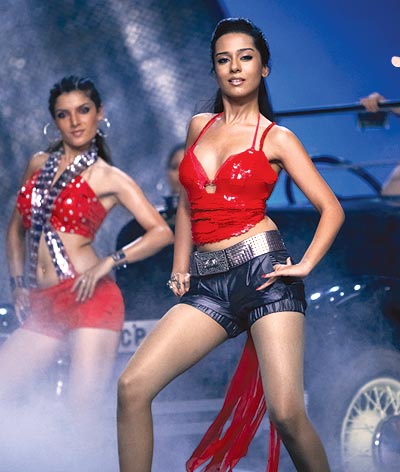 Image: A scene from Short Kut: The Con is On

Alas, Amrita Rao's smokey eyes and smoldering avatar was as forgettable as Akshaye Khanna and Arshad Warsi's swindling schemes in this drab comedy. 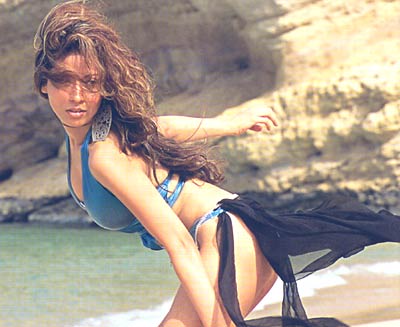 Image: A scene from Naach

If Antara Mali's intention was to do a Rangeela, she missed the bus completely. 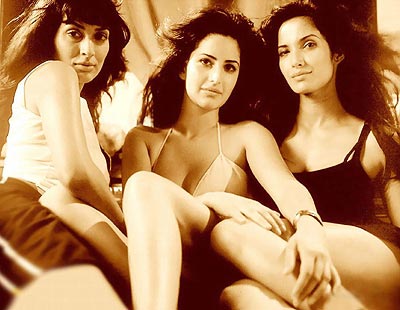 Image: A scene from Boom

Long before her doe-eyed innocence reigned Bollywood, Katrina Kaif made a shoddy debut with the disastrous Boom sporting bare, minimum clothing along with fellow hotties -- Madhu Sapre and Padma Lakshmi.

Needless to say, Boom is nothing more than a trivial reminder of Katrina's not-so-elegant beginnings.