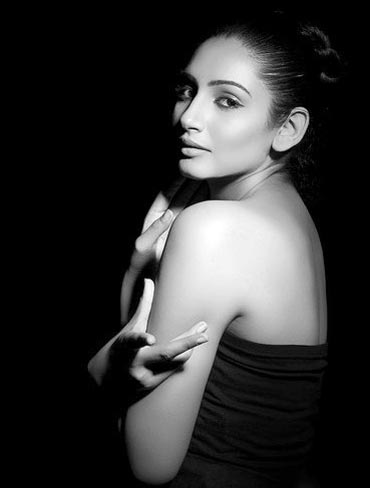 After working with Chiranjeevi Sarja in the Kannada film Gandedhe, Ragini Dwivedi is all set to star opposite his uncle Arjun Sarja in a Tamil film.

The actress, who is shooting in Ooty for Major Ravi's Malayalam flick Kandahar, shares her excitement about playing journo in the Tamil film; acting with Big B (Amitabh Bachchan) and Mohan Lal in Kandahar and the release of her Kannada film Holi.

Yes, I am five Kannada films old now but Holi was the first film I signed. It's been over a year since we completed that project and I am looking forward to its release. The film is based on a newspaper article that was written on the Devadasi system that is still prevalent.

I play an innocent village girl who is being forced to become a Devadasi just like her sister. The film is about how I along with my man try to resist this system. Holi also comes with high range graphics. Venkatesh is the hero. We have shot in Badami, Aihole, Hampi and Patadkal.

'Nayaka is among the most talked about films right now' 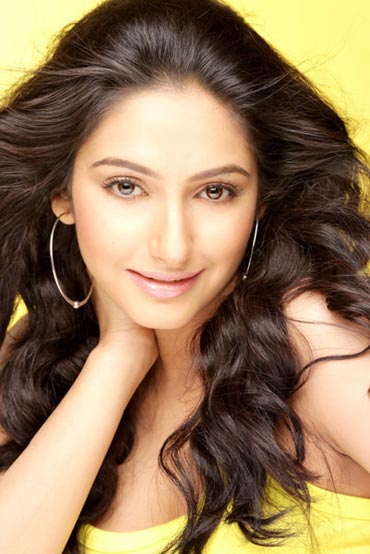 What are your other Kannada releases?

Gandedhe with Chiru is also due for release this month.

Then there is Nayaka. It is among the most talked about films right now. Nayaka is an action thriller with a love track. It deals with the mature relationship between two lovers. The hero is ready to go to any length to save his lady love. The film stands out, as there are very limited dialogues. We actors have said a lot through our expressions. Even music does the talking.

I will be doing one film with Yogish and another for Manju next.

What is the feedback that you received for your just released Shankar IPS?

People in the industry and outside loved my look. However some wanted to see more of me in the film. They liked my performance in the climax and also said that Vijay and I pulled off our scenes together well. My song Satyam... was also much talked about.

'You can't separate glamour from Ragini' 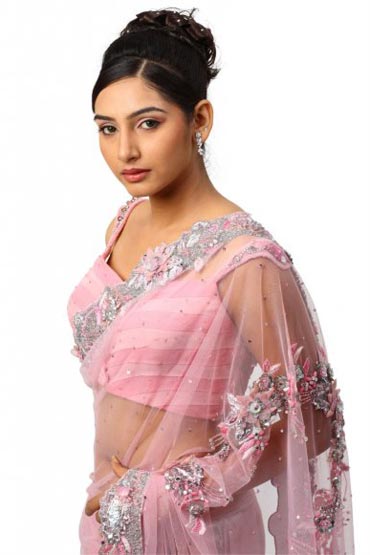 You looked glamorous in the song.

You can't separate glamour from Ragini. But then again I feel attitude denotes glamour. What I am looking at right now is performance oriented roles. And if you notice, I have tried not to stereotype myself.

If in Shakar IPS I played a very socially aware and confident woman, in Gandedhe I portray a homely image. In Holi you'll see me as a village belle trying to set an example while Veeramadakari was an out and out commercial film that gave me a chance to show off my glamorous side.

I want my fans to see a different Ragini every time I come on screen and don't want to bore them with my performances. I will always experiment. I am open to playing a cop or a killer!

How different is your role in Major Ravi's Kandahar?

It is a plane hijack drama and I play Ganesh Venkatraman's love interest. I have a deglam look in the film. I help him re-bond with his father, with whom he has cut contact.

Amitabh Bachchan plays the father's role and I get to share screen space with him in two scenes. In fact I get to hug him in one of the scenes and I am so thrilled. It may sound kiddish, but I am super excited.

This film gave me an opportunity to work with Mohan Lal also, who is both a fabulous actor and human being. He stands behind the camera and monitors the shots of his co-actors' too. I could not have asked for a better Malayalam debut because I come from an army background myself.

'Thankfully, I am good with languages' 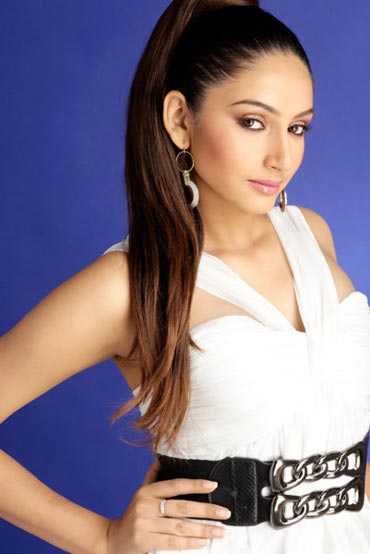 Given that this is an action thriller, were you apprehensive about the importance your role would carry?

For me, the length of the role does not matter. I'm sure like in my other films, my performance will be appreciated. For that matter, even Amitabh Bachchan has four-five scenes in this film, but the strength of his character is unparalleled.

So it's all about how you carry off the role at the end of the day. What matters is that I am having great fun doing the film and we are currently shooting for a tapangochi song in Ooty. When Amitabh Bachchan joins us, we'll head back to Dehradun for shooting.

Is this film going to be made in Tamil and Hindi as well?

Talks are on regarding this, but as of now, it's just being made in Malayalam.

How are you coping with the language?

Thankfully, I am good with languages. I had to render a lengthy dialogue and got it right in two takes.

Are you doing another film with director Major Ravi?

Yes, it's a Tamil film with Arjun Sarja. I play a journalist who works in Malaysia. He comes there and I help him in his investigations. He is on the lookout for something there. We are heading off for a 20-day shoot to Malaysia soon.

I am also in talks with a Telugu film maker.

'Darshan and I would have made a good on-screen pair' 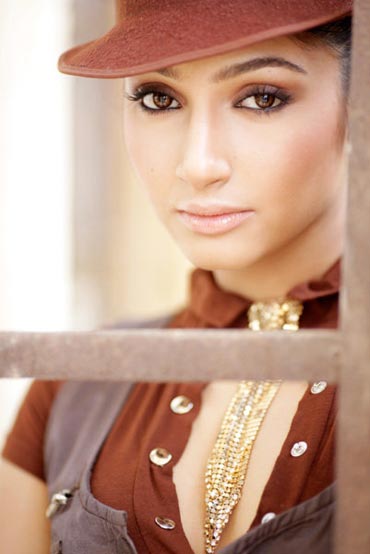 With offers pouring in from Tamil, Telugu and Malayalam industries, will Kannada films takes a back seat?

Not at all. It's just that I'll get even more selective. Script and the banner have remained my prime concern and will continue to be so.

Sudeep, Mohan Lal, Big B and Arjun, you have had the opportunity to work with big names so early into your career.

I feel really lucky. Working with Sudeep in Veeramadakari was a great experience. He is very encouraging. Not only is he a good actor but also a good technician. I learnt a lot from him. Mohan Lal as I said, is an institution and I am looking forward to working with Big B and Arjun Sarja.

You were to do a Kannada film with another big name Darshan. What happened to the project?

I was to act with him in Shaurya. But it didn't happen due to some misunderstandings. The problem was with dates and was not about me having done an "item song" in Gokula like it was made out to be.

First of all, it was a special appearance and I did it for the director. I just stopped talking about the issue as certain people just didn't get the point! I feel that Darshan and I would have made a good on-screen pair.

Are you open to item numbers or special appearances?

Right now, I don't have the time for those, but I would do one only if my presence adds to the plot significantly. I, however don't understand the hue and cry about item songs. They are in fact fashion statements these days. What's the fuss all about?

Is there a particular actor you would want to work with?

I would love to do a film with Surya. In fact he was supposed to do a role in Kandahar, but due to date clashes he was unable to accept the project. Looking at my disappointment, my director teased me saying, I would have looked taller than him anyway! But that hardly matters, right? I surely hope to work with him someday.

And who is your real life Mr Right?

Yaar, we actors hardly have the time to think of such things. Right now, I am concentrating on improving my performance with each film.

All the same, my Mr Right should be good looking, intelligent and definitely two inches taller than me!

My new found interest is taekwondo. It keeps me fit and energetic. I am also utilising my time to get my Kannada right and try and use as much Kannada as possible in my interviews.