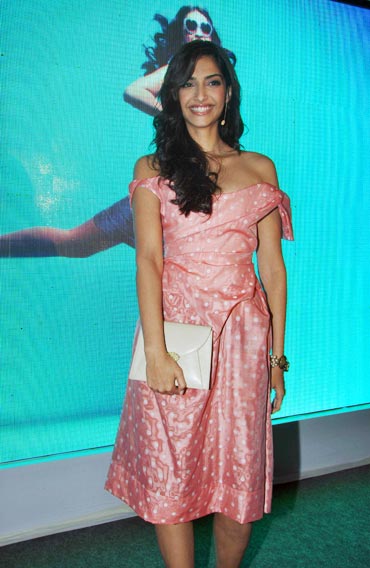 Sonam Kapoor looked gorgeous in a pink off-shoulder dress at the music launch of her upcoming film Aisha in Mumbai. 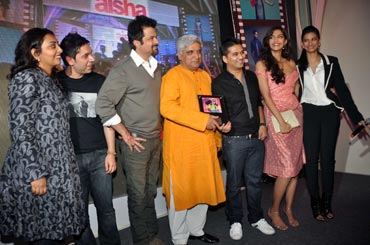 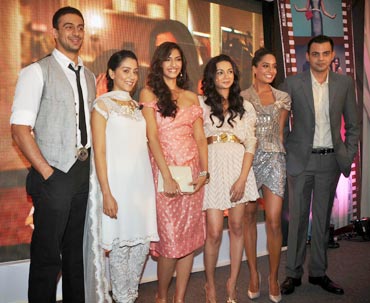 The rest of the Aisha cast -- Arunodhay Singh, Amrita Puri, Ira Dubey, Lisa Hayden and Cyrus Sahukar -- seemed to have a blast at the music launch as well. 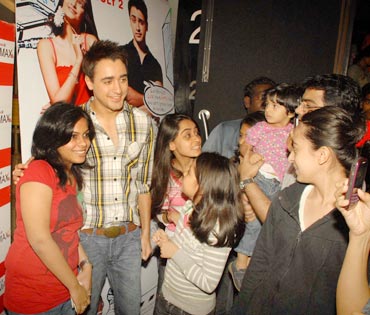 Meanwhile, Imran Khan was having fun greeting his fans at a cinema theatre in Mumbai, which was promoting his latest release I Hate Luv Storys. 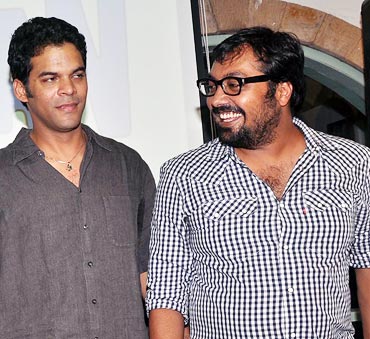 Director Vikramaditya Motwane and co-producer Anurag Kashyap were spotted at a press conference of their upcoming film Udaan in Mumbai.

Motwane is credited for writing films like Dev D and Dhana Dhan Goal.