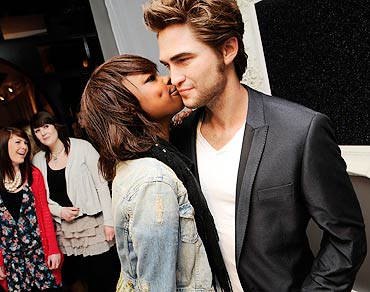 Robert Pattinson's wax statue has been identified as the most pecked figure by visitors at Madame Tussauds.

The actor beat Harry Potter star Daniel Radcliffe, who is placed second in the list.

On the other hand, Dame Helen Mirren was named the top female star to be kissed over the past year.

Staff at Tussauds compiled the list from their own observations as fans pounced on the models and also from maintenance records -- to see which figures needed to be cleaned most often.

Guests often plant a peck on the Twilight actor's cheeks as they pose for photos, said the staff.

'A lot of puckering up goes on here at Madame Tussauds, London, and our studios team are on a constant clean-up mission where some celebrities are concerned,' the Mirror quoted spokeswoman Liz Edwards as saying.

'Robert Pattinson has been an instant hit with the ladies since he joined the attraction in March and Daniel Radcliffe has attracted more and more attention from female fans as Harry Potter fever starts to build up in the run-up to the final film release. Dame Helen is a hit with men and women alike, and although she doesn't get the lipstick marks Daniel and Robert do, guests go out of their way to plant a peck on her cheek,' she added. 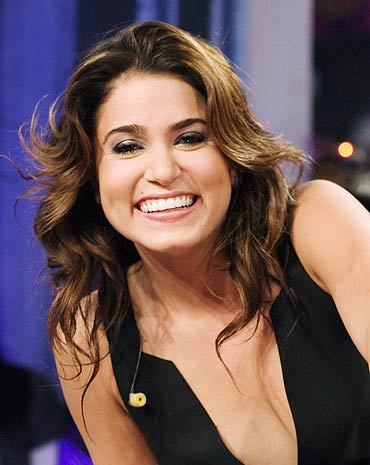 Meanwhile, actress Nikki Reed has admitted that training for the fight scenes in Eclipse was physically demanding.

The actress, who plays Rosalie Cullen, had to participate in fight training six days a week for the epic battle scenes in the film.

'It was very physically demanding -- I remember getting off the airplane and getting my schedule and on my schedule it said, 'I hope the cast brought sneakers and tomorrow you will be picked up for training'. No one told us about this, we weren't prepared for this," the Mirror quoted her as saying.

'Every single day if we weren't shooting, we were in fight training for two or three hours a day and then we were in personal training,' she added.

By the end of all the sessions, Nikki felt like a sports pro.

'We literally felt like athletes. It was like sleep, train, eat and sleep again -- that was the day,' she said.

But Ashley Greene, who portrays Alice Cullen, relished the thought of being paid to exercise. 'It was tons and tons of fight training, which was actually fun because it kept us in shape,' said Greene. 'It was really cool to be able to learn different choreography and stuff like that. And at that point we could pretty much eat whatever we wanted because we were working out so much.' 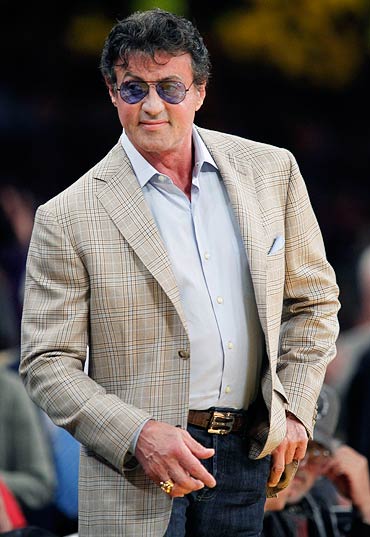 An extremely violent scene in Sylvester Stallone's new blockbuster The Expendables has been axed by the movie bosses in order to secure the film's UK release.

Due to the gory scenes and use of strong language in the film, executives at the British Board of Film Classification (BBFC) gave movie an adults-only 18 certification, reports the Daily Star.

The producers, therefore, chose to remove a harrowing shot, which showed 'a hero sadistically twisting a knife' into a man's neck, to ensure that the film was granted a less severe 15-age rating, according to Bleedingcool.com.

However, US audiences can see that footage, as the film has been given an R-rating there.