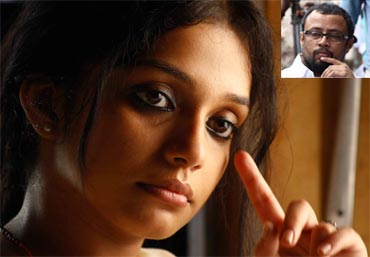 With quite a few interesting films to his credit, Lal Jose grabs the headlines every time he starts a new project. No wonder, his under-production film, Elsamma Enna Aankutty, is making waves.

The film is about a beautiful young girl who has to act like a boy to take care of her mother and three younger sisters. Debutante Anne Augustine plays the title role, while Kunchacko Boban and Indrajith play the male leads.

Lal Jose talks exclusively to rediff.com, from the location of Elsamma Enna Aankutty at Thodupuzha.

What prompted you to go for this theme Elsamma Enna Aankutty?

What attracted me to this subject was the character, Elsamma, and the nature of this village. We are not narrating a very complex subject. It is a fun film.

Elsamma is a cute girl and every parent would wish for a daughter like her. In fact, I have two daughters and I wish they were as smart as Elsamma (laughs). She is actually the hero of the film.

I am narrating a story in this way for the first time. She distributes newspapers early in the morning and also works as the local reporter for a daily.

The interesting thing is -- and the film's scenarist Sindhuraj knew -- I used to be a local reporter during my college days. 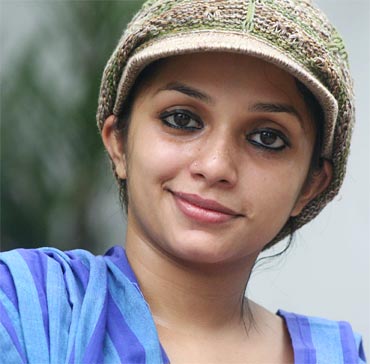 After Neelathamara, you have gone for another fresh face to play the lead...

Actually, I was planning to cast an established actress. The viewers may not know this but it is often not easy to work with new faces. The whole process of finding the right actors and training and moulding them for the role is pretty difficult.

But the heroine I approached for the role asked for Rs 18 lakhs as her remuneration and Rs 4 lakhs for her crew. I felt she asked for such a huge remuneration, perhaps much more than what she got for her last film, in order to avoid my offer. It was an insult to me.

The producer was ready to pay if I wanted her for the role. But I felt such an attitude should not be promoted. See, I am not complaining. Stars can enhance their rates and can demand whatever they are worth.

That is why I decided to have a new face. Yes, because we couldn't afford the established ones (laughs). 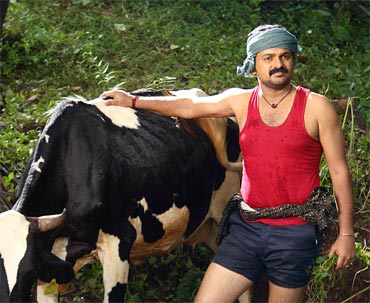 How was Anne Augustine selected for the role?

I had received her request on a social networking site and added her without knowing she was actor Augustine's daughter.

Later when I went to meet her dad, she came to me and said 'Thank you.' I had no clue why she said that. 'Oh, so you thought I was just another pretty face while adding me!' was her response.

I liked the way she said that. Then itself, I felt Elsamma would have reacted the same way in a similar situation. I asked Augustine if she would like to act in my film and here she is, playing the lead.

Kunchacko Boban has been presented in an entirely different avatar, selling milk and herding cattle?

I always felt no one has experimented with Chackochan's appearance.

When he told me his moustache was his greatest asset, I asked him to shave it off. I told him his career as an actor should not be based on some such things.

I think he has gained in confidence now. We were waiting for the right role so that we could work together. Though he has this image as a chocolate boy, I thought he could do this role very well. 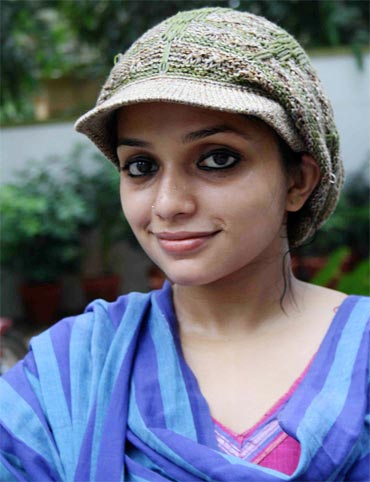 Will you remake more films like you did Neelathamara?

Never again. I never liked remaking films. I have not accepted any offer to remake my own films in other languages. But then, I have not seen the earlier version of Neelathamara so even if it is a remake for the rest of the world, it's a new film for me.

When will you start Cousins, with Mohanlal and Prithviraj in the lead?

The exact dates have not been confirmed as of now, but it is going to be my next project.