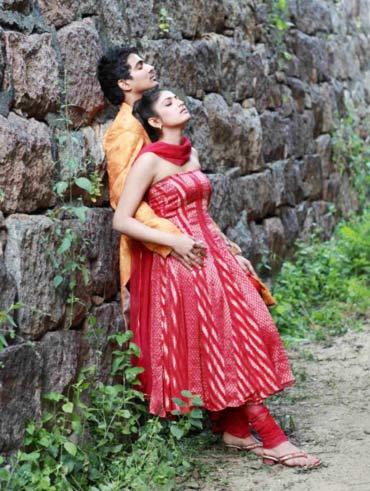 Image: A scene from Thakita Thakita
Radhika Rajamani in Hyderabad

Thakita Thakita is a rather rhythmic title for a film.

It's also the debut venture of actor Bhumika Chawla and her husband, yoga guru Bharat Thakur, into film production, under the banner of Downtown films.

Thakita Thakita is directed by Srihari Nanu, who earlier directed Bhumika in Satyabhama, and will have a fresh star cast, with almost 20 characters!

At an event to unveil the film, Bharat Thakur said, "I have tried to make a good film. We worked on the script and we stuck to the bound script while filming. We looked for actors all over India - Chandigarh, Delhi, Mumbai. My first film was a learning lesson for me."

'I have been here in the Telugu industry for 11 years' 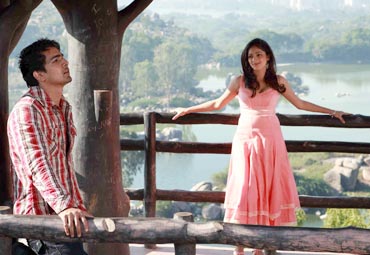 Bhumika said, "The film is close to my heart. I have been here (in the Telugu industry) for 11 years. It has given me so much. I'm indebted to the people and the press. This film is a way of giving back a small gift. Hari (director) did a wonderful job. Anushka is part of the family and is in the film."

She adds, "One dialogue will change the lives of millions of youngsters and I can vouch for that."

'I am here because of Bharat Thakur' 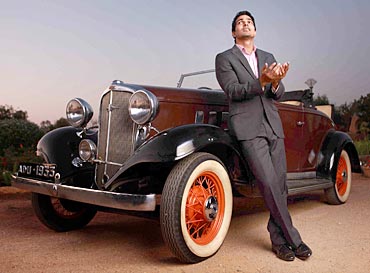 The film introduces six youngsters, including Trinethra, who has acted in the film Boni.

Harshvardhan (Harsh) Rane, who has acted in the serial Left Right Left, has done theatre. Incidentally he was born in Rajahmundry but now lives in Mumbai. "I am not apprehensive about the film," he said.

Malayalam actor, the late Cochin Haniffa, also acts in the film. In fact a two-minute silence was observed in his memory before the start of the function.

"I am here because of Bharat Thakur. Since he taught me yoga I blindly said I'll be part of whatever Bharat and Bhumika do. It's a realistic script dealing with what's happening to youngsters. It's a fun-loving yet deep film," said Anushka.

'I am passionate about the script' 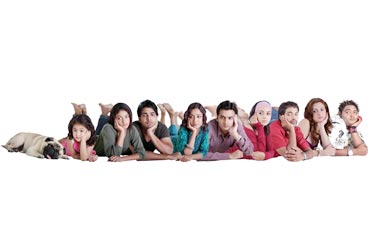 Bharat and Bhumika have roped in Senthil, of Arundhati, Magadheera fame, as the cinematographer. "I had a good experience. After Aithe I shot with newcomers who brought in positive energy. It is a memorable film," said Senthil.

He also remarked "we must retain Bharat in the film industry, as he wants to make good films."

Director Srihari Nanu said: "I am passionate about the script. When I narrated the script to people, nobody dared to do it, but Bharat dared. It's a story of teenagers falling in love and then there are suicides. Anushka plays a celebrity. Bhumika is an English teacher."

The film is slated for an August release.