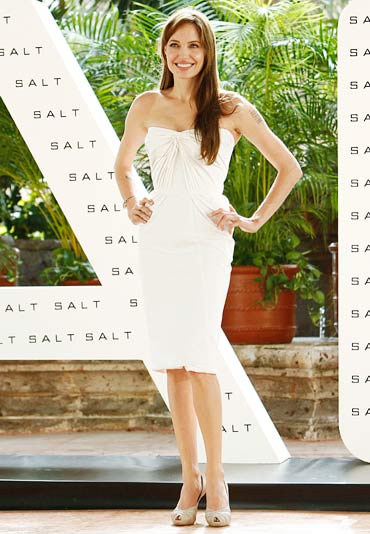 It seems a bit pointless, picking the sexiest films from a filmography of an actress who can't help but look incredible.

Angelina Jolie may play a panicked mother, a junkie in rehab, a journalist's widow -- and we just can't help staring.

That voice. Those lips. Those eyes that grab you by the collar and dare you to look away. Those... Ah, you know what I'm talking about.

Jolie's one of the hottest women Hollywood's ever given us. And with her Salt hitting theatres today, here's my list of her ten sexiest films. 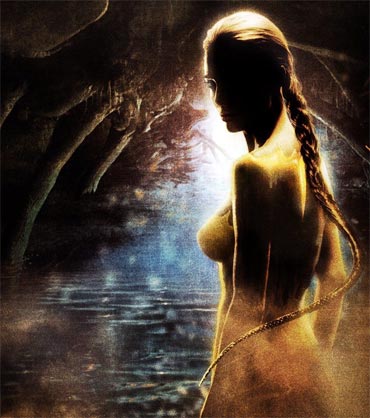 Image: A scene from Beowulf

Robert Zemeckis' 3D experiment might not have lived up to its lofty ambitions, but we'll always be grateful for the sight of a buff-naked, albeit digitalised, Ms Jolie playing Grendel's rather stunning mother. 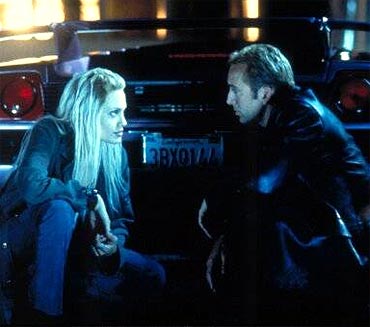 Image: A scene from Gone In 60 Seconds

In this listless but quite joyous remake of the classic Gone In 60 Seconds, Nic Cage went through the motions and boosted many a car but -- with apologies to that Shelby GT called Eleanor -- the most attractive thing in that garage was the superhot Sway, played by Angie. 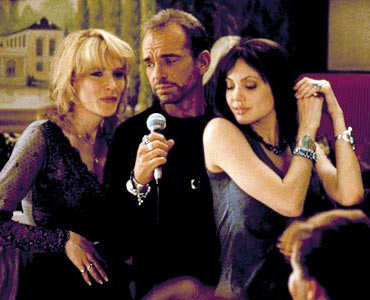 Image: A scene from Pushing Tin

Mike Newell's dramedy featured John Cusack as an exasperated air traffic controller, who surely must have been glad to find a vent for his stress in vodka-loving Mary, played by Ms Jo.

The film wasn't great, but the sight of Jolie, naughty bits and all, sure was. 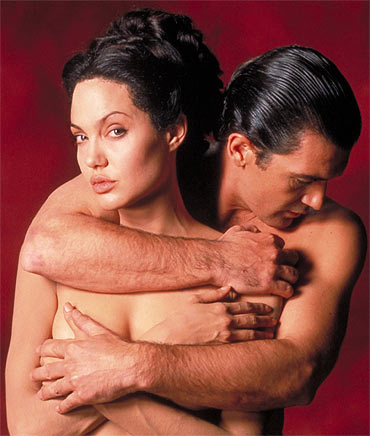 Image: A scene from Original Sin

A steamy drama pitting the sultry Jolie against Antonio Banderas, both pretty people showing plenty of skin: what could possibly go wrong?

Most everything, really, and this clumsy remake of Francois Truffaut's Mississippi Mermaid emerged one of Jolie's most laughable films.

Having said that, she looks very edible. 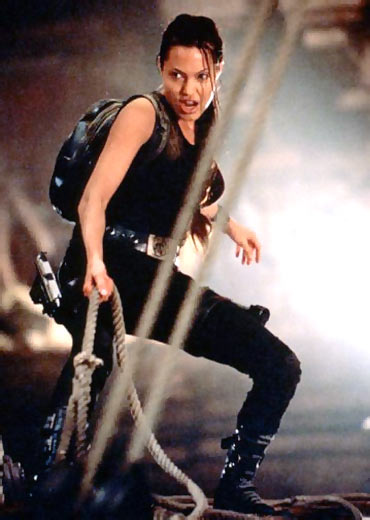 Angelina's a pretty statuesque woman, but even she padded up for the role of enormously-endowed video game icon Lara Croft.

The film was a massive blockbuster and spawned a sequel, and Jolie's loyally recreated tight vest and hotpants outfit had a lot to do with it. 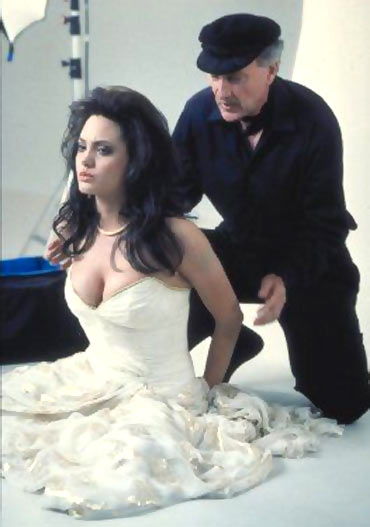 Image: A scene from Gia

One of Jolie's early, most critically acclaimed roles came in this Michael Cristofer biopic about the tumultuous life of model Gia Carangi.

A riveting film about a girl who died at 26, made overwhelmingly sexy with Jolie's lesbian kisses and red hot photoshoots.

4. Sky Captain And The World Of Tomorrow 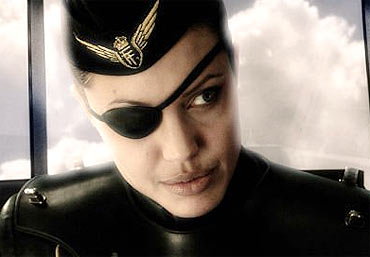 Image: A scene from Sky Captain And The World Of Tomorrow

A small role, but yup, she was hotter than Lara.

As Frankie Cook in the hyperdigital stylistic opus Sky Captain And The World Of Tomorrow, Jolie stunned and sizzled constantly, flirting old-school with leading man Jude Law -- while rocking an eyepatch. 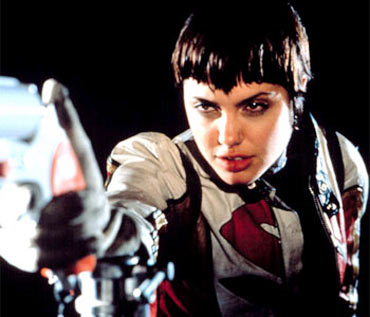 Image: A scene from Hackers

Jolie was 20 at the time of Iain Softley's quick and thoroughly enjoyable film about young computing aces who get waylaid by corporate espionage. 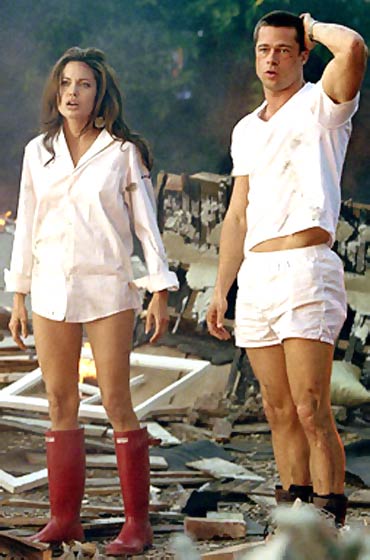 Image: A scene from Mr and Mrs Smith

Doug Liman's comedy about a married couple who discover they are both rival assassins wouldn't have had any zing if not for Jolie and Brad Pitt.

They scorched the screen with their chemistry, Angie looking like a million bucks throughout -- even when being kicked in the stomach. 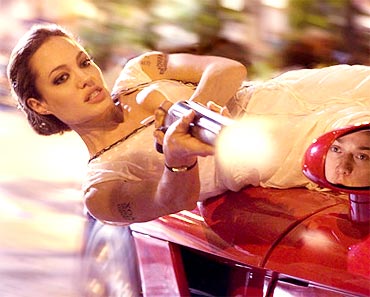 Gulp. Timur Bekmambetov's delightfully loopy adaptation of Mark Millar's graphic novel changed a lot, but no comic book scrawl could rival the movie version of Fox, played by Jolie at her absolute hottest.

A racecar driving, sharp-shooting, quick-witted assassin, Jolie didn't need any of that to reduce men to pulp.