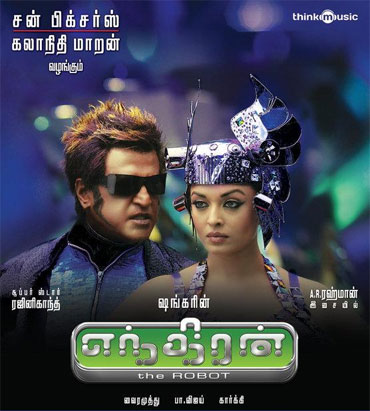 Image: A poster of Endhiran

Well, here's something to whet your appetite. The poster of the Tamil science fiction film directed by S Shankar and starring Rajinikanth and Aishwarya Rai Bachchan in the lead roles is finally out. Danny Denzongpa too is in the cast.

From the looks of the poster and on the set pictures, the film sure looks like a potboiler. The budget too is big with a planned worldwide release on September 3. The dubbed versions: Robot in Hindi and a Telugu version will also be released on the same day.

Shooting for the film recently concluded and now the film is currently undergoing post-production work. 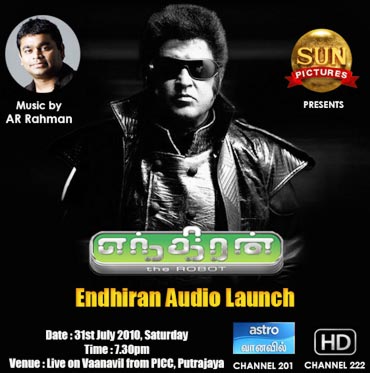 Image: A poster of Endhiran

To make the wait for the much anticipated film a little bearable, the soundtrack composed by Academy Award-winning composer A R Rahman is all set to release on July 31 in Kuala Lampur, Malaysia.