'My skinny frame helped pull off the bikini scene' 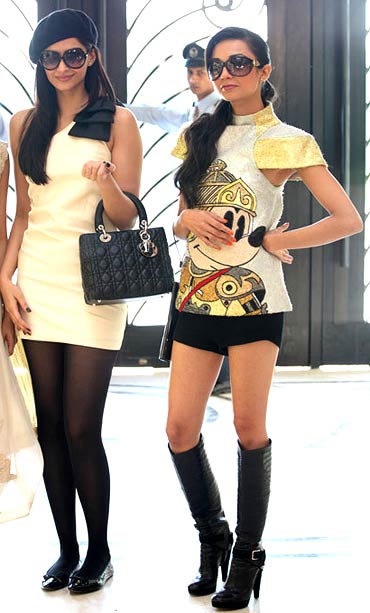 Her bikini sequence in Aisha has gained her plenty of new fans but actress Ira Dubey says that in the past she was often rejected for being too thin.

The actress plays Pinki Bose, the fearless fashionista who is best friend to Sonam Kapoor's Aisha in the film and had the last laugh as her slim frame helped her carry off the bikini.

"You have to be thick skinned in the business of films because rejection is a daily occurrence. Like people have told me that I am too thin to be in movies. But the fact that I am skinny helped me pull off my 'Aisha' wardrobe," Ira told PTI.

'I play a filthy rich girl with a flamboyant personality' 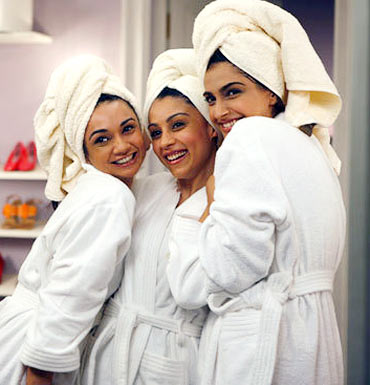 The younger daughter of theatre doyen Lilette Dubey, says that she is practically half naked in the film, which is her first mainstream Bollywood venture.

She describes her character as an Indian version of Sex and the City's Samantha Jones and the role brought along with it an equally fearless wardrobe.

"In a fashion show, there is always that one piece that you look at and go, 'Who will wear that'. Pinky Bose will wear that. She is a filthy rich girl with a flamboyant personality and her wardrobe is equally outrageous. So I am wearing itsy bitsy dresses throughout the film and off course the bikini," said Ira. 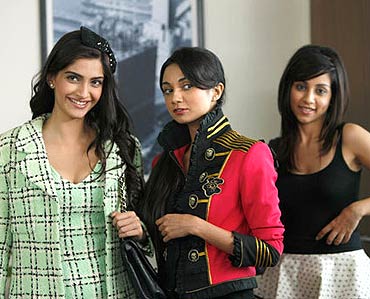 But the actress who started doing theatre at the age of 6, says that she has no plans to play the glamourpuss any more and does not want the 'bikini babe' tag.

"In the film each character is defined by his or her wardrobe and I said yes to wearing the bikini because it looked natural in the scene, as a group of friends playing volleyball together. I don't want to be stereotyped because of that," said Ira. The actress had played Archana Kapoor, a posh girl from an affluent family in her maiden big screen venture, The President Is Coming, a role similar to Pinky Bose.

So Ira wants to make sure that her third film breaks the mould. "I don't want to forever play the posh girl. So I have turned down the projects which offer me a similar role and am waiting for someting different to come my way. I want to play a gritty, earthy character now, not another fashionista," said the actress.

While Aisha promises to open new doors for her, Ira says that she will never say goodbye to theatre, which keeps her grounded.

"Theatre is in my blood and I started doing it when I was a kid and I am never going to stop doing it. Theatre gives you the freedom and space that films never do. And it keeps me grounded," said the actress who majored in theatre at Yale University.