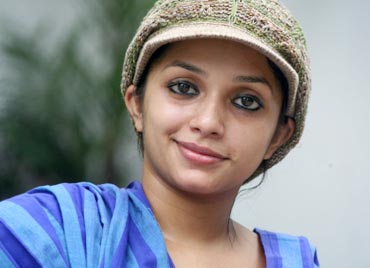 Its good to be Ann Augustine.

And what a debut it is going to be if the plum role she has in it is anything to go by. Ann plays Elsamma, a girl who has to take care of her mother and siblings after the death of her father. She is soon dubbed as being 'more like a boy' in the way she approach things.

Ann was planning to do her Masters in Clinical Psychology when the offer came her way. The shooting of the film is currently going on at Thodupuzha. Just a week after she started facing the cameras, Ann talks to rediff.com about the film, her role in it and more. Excerpts: 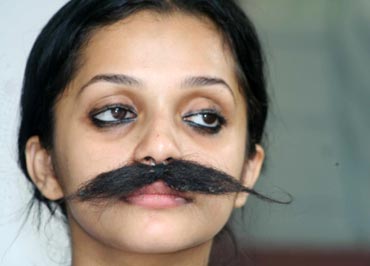 When did you start thinking about a career in acting?

[Laughs] Frankly, I had no serious plans of acting. It was director Ranjith, dad's close friend who suggested I think about acting seriously. It got me thinking, why not?

How did Lal Jose select you for the role?

I had added Lal Jose as a friend on a social networking site. I hadn't seen him for a long time and when he came to meet my father, I was at home and thanked him for accepting my friend request.

He then told me about his next film Elsamma Enna Aankutty. I found the title quite curious. He told me that Kunchacko Boban and Indrajith were the heroes. A few days later, dad asked me if I was interested in doing the film. Lal Jose had talked to him too. So we did a photoshoot but even then I didn't think about it much. He later told me to learn riding a bicycle, and that I was selected for the role. 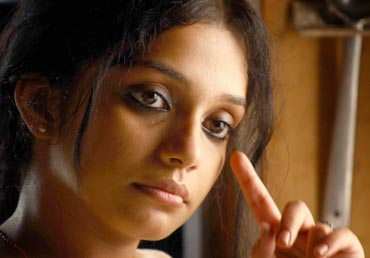 What is the nature of your role in Elsamma Enna Aankutty?

Whenever I am asked to explain about my character, everyone on the set pulls my leg saying that Elsamma is 'bold and beautiful'. Yes, she is basically a bold but very sweet girl. She had no other options than to act bold, due to certain circumstances.

How tough is it to face the camera?

It was really hard in the beginning. There were some small scenes but they turned out to be more difficult than the lengthy ones. Lal Jose is a perfectionist. He gives importance to all the artistes and that's really nice. Everyone on the set is so supportive and that helps me a lot. Now I understand the psyche of Elsamma very well.

'I had another offer after I was selected for this movie' 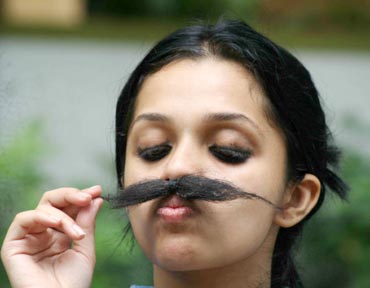 So how serious are you about your career as an actor?

I am very serious about my career now. I had another offer, which I don't want to name now, that came soon after I got selected for this role. Lal Jose was sweet enough to tell me that I could do both. But I decided to focus on this role and give it my best.