We might be an industry known for many things -- prolific releases, global superstars, song and dance numbers -- but Bollywood isn't known for its originality.

Over the next few months, several films are taking their plots directly from Hollywood hits, either officially or unofficially. Here's a look at what's coming up:

Seeing just how heavily our mainstream cinema constantly relies on coincidence, it seems a bit foolish to remake this romantic comedy about things falling conveniently into place.

Still, Shahid Kapoor and then-girlfriend Kareena seem like a decent fit to take on the roles of niceguy John Cusack and the luscious Kate Beckinsale.

Guzaarish from The Prestige 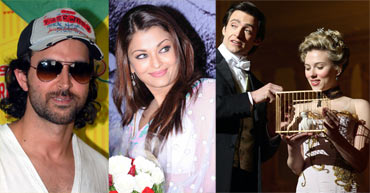 Image: Aishwarya Rai and Hrithik Roshan; A scene from The Prestige

Christopher Nolan's third film, starring Hugh Jackman and Christian Bale as rival magicians seeking the best trick of all time, is an intricately layered film, a wonderful piece of cinematic sleight of hand.

If this is indeed what Sanjay Leela Bhansali is basing his film, starring Hrithik Roshan and Aishwarya Rai, on, then we're more than a little scared.

Shaadi Mubarak from The Wedding Planner 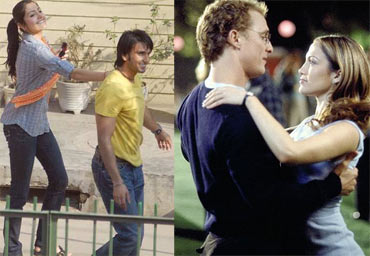 Image: Scenes from Shaadi Mubarak opposite Anushka Sharma and The Wedding Planner

The romcom is simple enough to remake and we don't know this new Ranvir yet, but Anushka isn't quite J Lo, if you know what we mean.

Knock Out from Phone booth 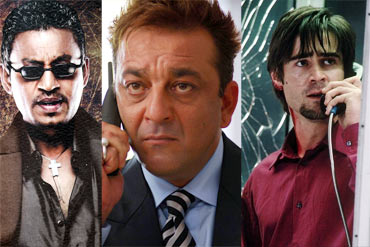 Mani Shankar, after films like 16 December and Tango Charlie, takes on Joel Schumacher's 2003 film Phone Booth, about a hostage situation set around a man trapped in a phone booth.

The original starred Colin Farrell and Keifer Sutherland, and the Indian remake has an interesting cast in Sanjay Dutt and Irrfan Khan.

The Man from The Bodyguard 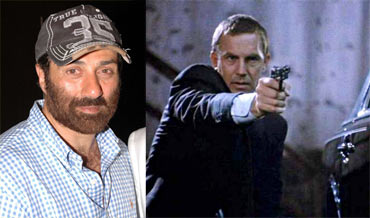 Yes, Pooja Bhatt already starred in a remake of The Bodyguard (conveniently titled Angrakshak) opposite Sunny Deol, but the story -- of a diva hiring a bodyguard to save her from a stalker -- is being plumbed again, this time by Neeraj Pathak in the upcoming The Man, starring Shilpa Shetty and... Sunny Deol?

Love You Maa from Stepmom

Image: Kajol, Kareena and a scene from Stepmom

Karan Johar has officially bought the rights to Chris Columbus' tearjerker Stepmom, with Kareena Kapoor and Kajol stepping into the shoes of Susan Sarandon and Julia Roberts.

The original was melodramatic and sweet, and so this should be a good test for two seasoned actresses. 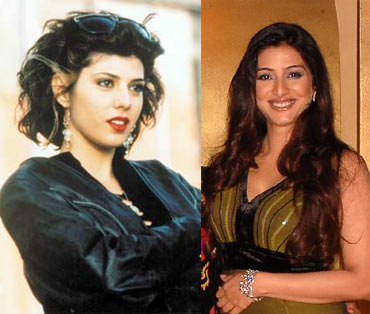 Jonathan Lynn's fantastic My Cousin Vinny was such a sensation that it won then-obscure actress Marisa Tomei a Best Supporting Actress Oscar, and producer Ravi Chopra's all set to give it a shot.

Govinda stars in the Joe Pesci role as the smartmouthed yet bumbling lawyer, with Tabu in the Tomei role as the stunning, weirdly accented girlfriend who steals the show.

Aren't they both too old? Yes, but since when has that stopped Bollywood?