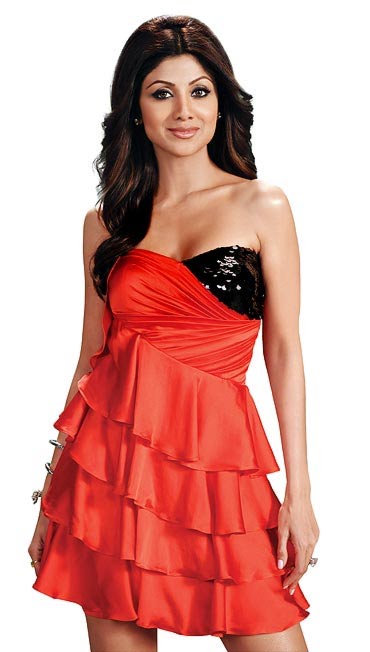 From an awkward newcomer with no sense of style to a classy entrepreneur, Shilpa Shetty has evolved with panache.

On her 35th birthday, rediff.com celebrates the actress and her transformation through the various highlights of her nearly two decade old career.

Even though the film was a success, the gawky trend continued for a while through films like Hathkadi and Aao Pyaar Karein.

At the same time, she realised the impact of her super-toned body on the audience and flaunted it to good effect in the song Churka dil mera in Main Khiladi Tu Anari. 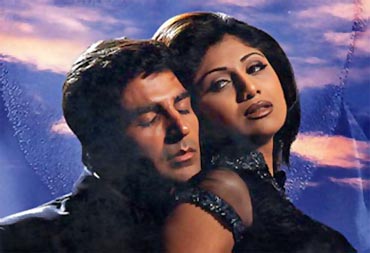 The romantic triangle proved to be a turning point in the leggy star's life providing the much-needed makeover and 'hit.'

With no signs of over-the-top, detractors were more than happy to appreciate Shilpa's subtle make-up, straightened mane and ultra-feminine wardrobe. 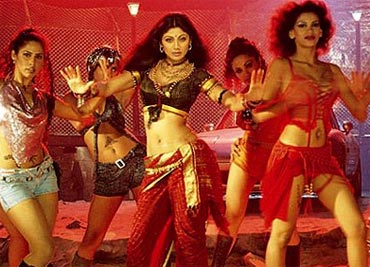 Surprisingly the success of Dhadkan didn't do anything earth-shattering for Shilpa's career. Undeterred she delivered spontaneous performances exploring her versatility.

While Rishtey showed off her comic prowess, her de-glam avatar as an AIDS patient in Phir Milenge and gritty cop in Dus established her credentials as a skilful actress. 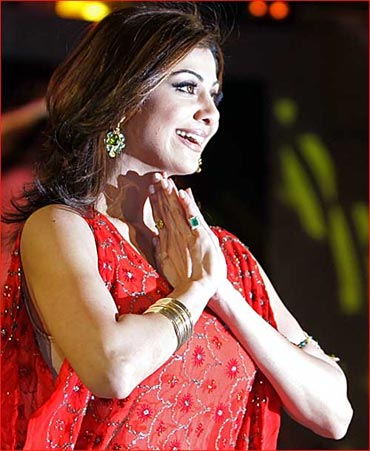 From being a victim to a victor, Shilpa Shetty juggled controversy and triumph to her advantage after participating in the UK-based reality show, Celebrity Big Brother.

Fans, media, activists jumped to the star's rescue after she was at the receiving end of fellow house mate Jade Goody's nasty remarks. It, as it turns out, also resulted in Shilpa winning the contest and attaining unexpected popularity in the UK.

Understandably, the confidence level hasn't been the same ever since. 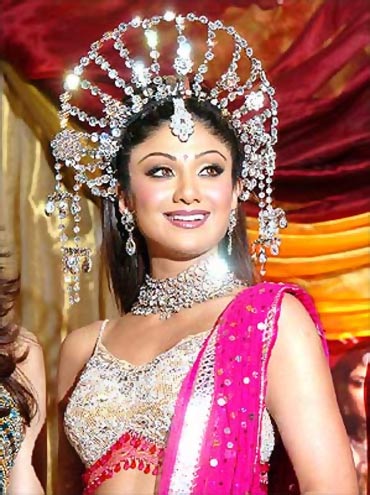 Suddenly Shilpa was everywhere. From making conversation with the Queen, filming two-part documentaries to lending sound bytes and posing for magazine covers by the second.

Making hay while it shines, Shetty also grabbed the offer to star in a musical, Miss Bollywood which, incidentally, wasn't well-received by critics. 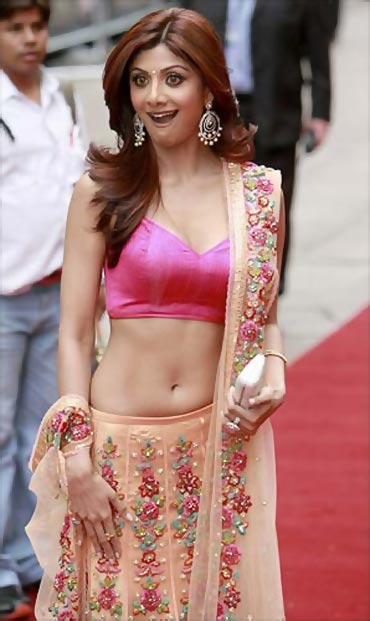 Apart from walking the red carpet as the leading lady of Anurag Basu's Life in a... Metro, which marked the first Indian film to be premiered in London's Leicester Square, Shilpa also drew compliments for her work as a chatty Punjabi girl in the hit Deol vehicle, Apne.

2007 was rather Midas-like for the actress. Even a sexy special appearance in Om Shanti Om's title track proved good fortune for her and the movie. 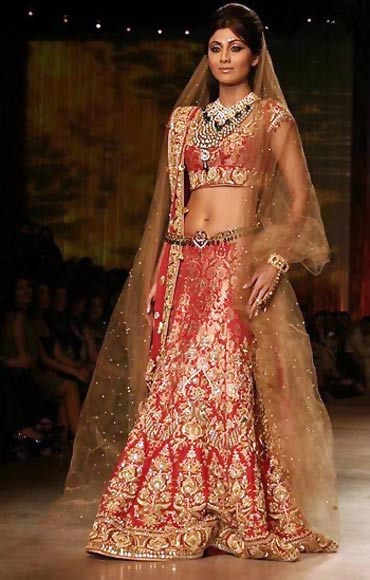 A picture of grace and gorgeousness, the comely beauty walked to deafening applause in an intricately embellished red lehenga at the HDIL India Couture Week. 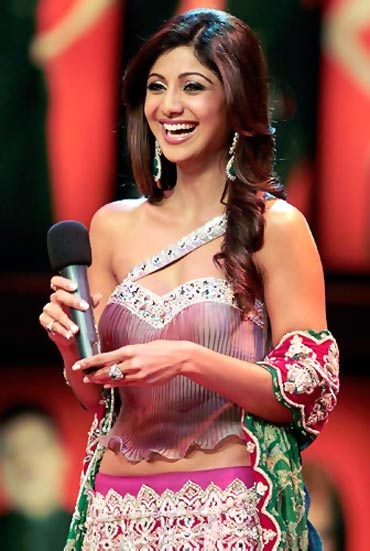 After winning the Celebrity Big Brother it was only fair that Shilpa signs up to host the second season of its Indian counterpart, Bigg Boss.

Resplendent, poised and undeniably charming in her delivery of the same, Shilpa is easily one of the better examples of big screen actors dabbling with television.

In Bollywood trade speak, you know you have arrived when Karan Johar or Aditya Chopra wants you on board for an item number.

And so it was Shut up and bounce time for the curvaceous hottie as she turned on her beach babe vibe for Dharma Productions' Dostana. 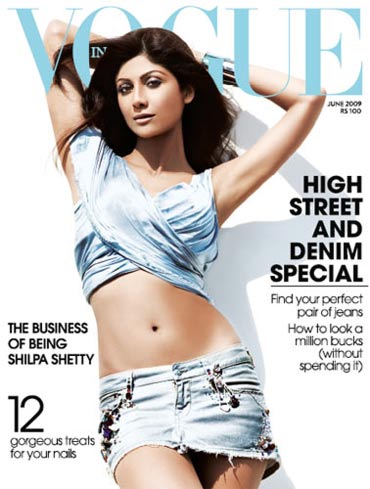 An effortless clothes horse, Shilpa shines in everything ranging from classic to eccentric.

Also, with that 10 on 10 body, who can blame glossies for wanting her to play cover girl all the time? 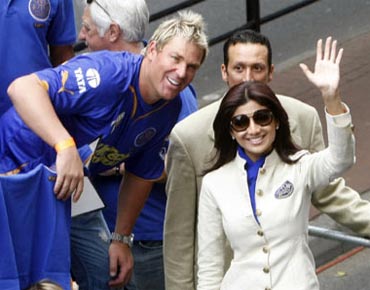 While her movie career isn't anything to talk about, Shilpa has her hands full playing the oh-so-chic entrepreneur.

The real biggie comes in the form of Indian Premiere League franchise wherein Shilpa and Raj Kundra are part owners of the team Rajasthan Royals. 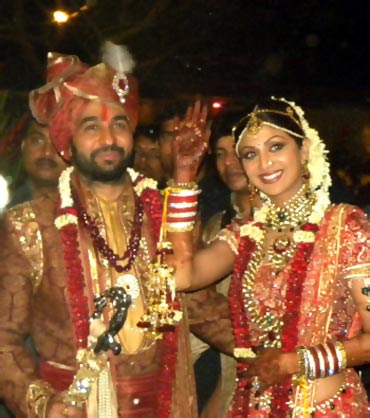 What's business without a little pleasure?

Mixing the twain, Shilpa married her UK-based businessman beau Raj Kundra at a lavish celebration in Khandala on November 22, 2009. 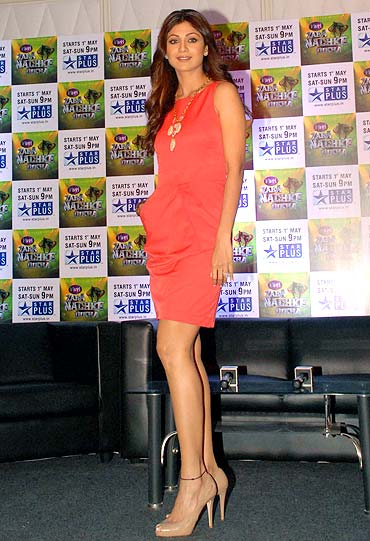 The stunning workaholic loves life for all it hides or has to offer.

Never to shy away from new roles, Shilpa is enthusiastic as ever. Only this time as the stylish judge of a dance-based talent competition, Zara Nachke Dikha.

A far cry from her flashy cosmetic days, Shilpa is clearly comfortable in her own skin today.

On that note, here's wishing the actress a never-ending fairy tale.