Why Sadaa is returning to Kannada films 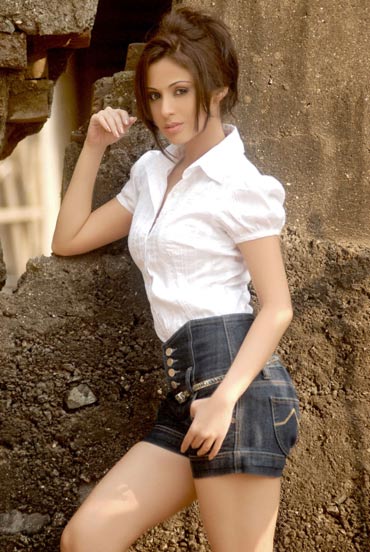 The actress who is currently shooting in Bangalore tells us why she made an exception with Mylari and Tunta Tunti, what went wrong in the past and about her long cherished dream of working with P Vasu coming alive. Excerpts:

First of all the story was brilliant. There was also no reason for me to say 'no' as the character offered to me was akin to the role in my well acclaimed Telugu film Jayam. Here too I play a village belle and you'll see me with very less makeup.

Shivarajkumar being a part of the project was another reason why I signed this film. Working with him has been a very good experience. He is very enthusiastic and one can learn a lot by just observing him on the sets. I'm also in awe of the person behind the personality. No wonder he is well on his way to completing 100 films.

Chandru has also been of great support. He is the youngest director I have worked with and yet he handled the subject with maturity. Before this I was offered parallel lead roles in two of Puneet Rajkumar's films but due to date problems, I was unable to sign the projects. I'm however glad that my dates worked out for this film with Shivanna.

'My second film was a bitter experience' 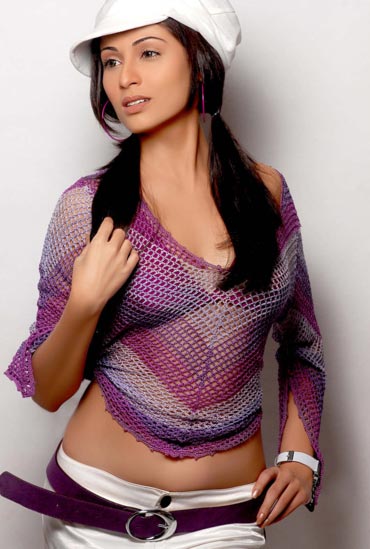 Are you acting in Tunta Tunti?

This film is being directed by Indrajeeth Lankesh and since I had a fabulous time acting in his Monalisa I agreed to be a part of this film. I'm in one song and a few scenes. It's going to be a special appearance.

The film also gave me an opportunity to re-bond with my Monalisa co-star Dhyan. It was almost like being back on the sets of Monalisa. He is a very sweet guy and I can see that he has greatly improved on his Kannada.

You are returning to Kannada cinema after a long gap, why?

My second film was a bitter experience. The producers were unprofessional. Payments were not made even with just two-three days remaining for the shoot to be completed. Why that attitude when I come on time and do my part of the work as per the schedule? Following this incident, I was skeptical about accepting offers from Kannada. There was a mental block. But now I've returned with a positive attitude.

'I have a very mysterious role in Puli Vesham' 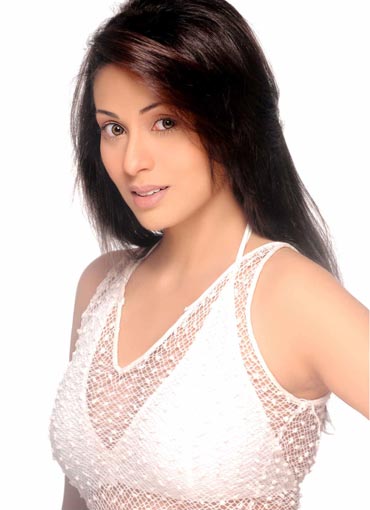 What are your other projects?

I have a very mysterious role. My character is going to create a lot of curiosity. The film is about relationships and speaks about how each of us has a mask or vesham on which makes it difficult for others to figure out the real us. It's about people and their dual personalities. This is a very well directed film. Each character assumes great importance and there is nothing like a hero or heroine here. This apart, I will be acting in two Telugu films.

How do you wish to remember your first Telugu film Jayam?

I enacted the role of a village belle in this super hit film. I was spotted by director Teja at a photo shoot. Let's just say that I was spotted at the right time by the right director. I am a director's actor and I just imitated Teja who enacted the sequences for me. While the look was simple, the character was very strong. This shows that it's not about what you wear but what role you are enacting. Such was the popularity of the character that I came to be known as Jayam Sada. The heroine assumed great importance in the film.

'The songs in Anniyan changed my image' 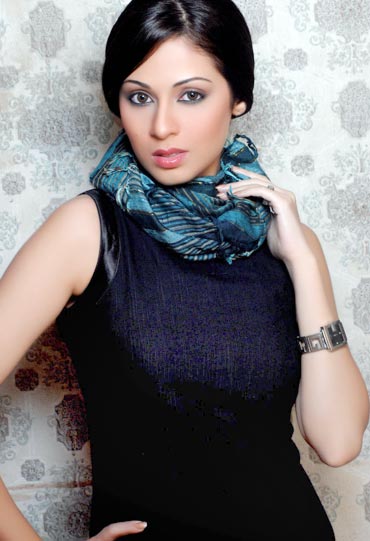 Are you open to doing heroine centric films?

I would not risk taking up a project where the entire responsibility is on me. Heroine centric films should be backed by proper budget and marketing. But I'm definitely up for something like Jyothika's character in Chandramukhi and Rani Mukherji's role in Black. They stole the show.

My own role in Priya Sakhi also challenged me as an actor. I believe that it is the strength and not the length of a character that is important!

Can you recall your Anniyan experience?

Not everyone gets an opportunity to work with the likes of director Shankar and actor Vikram soon after one's debut. While I played a simple girl in this film, the songs changed my image. Both the industry and the audience took notice of my glamour quotient. This apart, the film was also technically brilliant.

I still remember Shankar shooting a single shot, a fight scene that involved the slice technique, (Matrix style) for one whole day. Such was his patience. He also knew what he wanted and didn't rest till he got it right.

And what can I say about Vikram who switched between three different characters! He is a dream to watch.

'I'm still on the lookout for Mr Right' 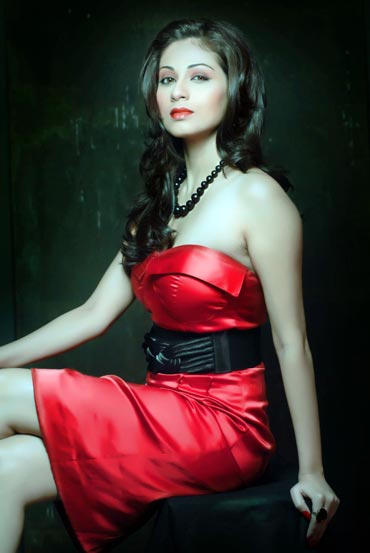 I did Love Kichdi and Click. Both films got a bit delayed and I guess that affected the response that the films generated. But my experience there has almost been the same as both the directors are South Indians. The only difference was the language.

Why do you think South Indian actresses are being well received in the Hindi film industry?

It boils down to the kinds of films we are choosing. Every industry be it the South or Hindi, looks for professional and talented actors. All industries are receptive, why else would a Marathi speaking girl like me be welcomed in the South?

What are the prerequisites of an actor?

Professionalism, talent and family support. Family is what will help you stay focused during your hits and flops. In my case, my parents have been the guiding force. Despite not having filmi connections, my parents have helped me understand the industry and make the right decisions.

While my parents are my biggest inspiration, I admire Madhuri Dixit as an actor and dancer.

Is marriage on the cards?

Not yet. I'm still on the lookout for Mr Right. While there is nothing like the 'perfect guy', I'm looking for someone who meets most of the qualities in my long 'must have' list. I actually have little time to give marriage a thought. I make use of my available free time to catch up on my beauty sleep or practice classical dance, which has been of great help to my career.