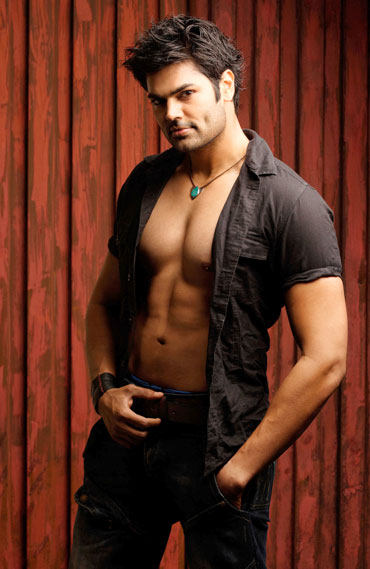 Ganesh Venkataraman who made his debut in Tamil with Radhamohan's Abhiyum Naanum and made his presence felt as a commando in Unnaipol Oruvan along with Kamal Haasan and Mohanlal, has bagged a dream role now.

He is the main lead in Major Ravi's Kandahar, a tri-lingual film (Malayalam, Hindi and Tamil) based on the Indian Airlines IC 814 hijack. The film also stars Amitabh Bachchan and Mohanlal. Ganesh plays Amitabh Bachchan's son, a commando.

The shooting of the film is already underway at the Indian Military Academy, Dehra Dun. Ganesh spoke to rediff.com just before leaving for Dehra Dun. Excerpts:

I am absolutely ecstatic and over the moon! I have grown up on a staple diet of Amitabh Bachchan films. So, to be working in the same film with him is so exciting for me!

I play his son in the film, who goes to train at the Indian Military Academy, Dehra Dun and becomes a commando. Eventually, he goes on the Kanadahar Mission. The film has a strong father-son relationship also and that is one of its high points.

Major Ravi said it was Mohanlal who recommended your name...

I am really honoured that Lal Sir thought of me and recommended my name. I had a great rapport with him during the shooting of Uunaipol Oruvan. I am really thankful to him. Somebody told me it's like repeating the winning combination of Unnaipol Oruvan. 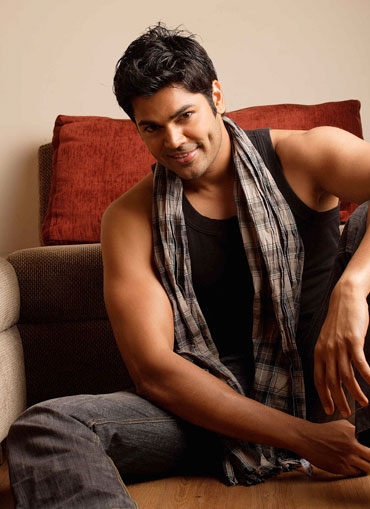 When did Major Ravi contact you about the role?

Suriya was supposed to do the role but he backed out because of date problems. Then, they were considering many actors and I was one among them. I met Major Ravi a couple of times in Mumbai and in the first meeting itself, expressed my desire to be in the film. I told him, it was a role one would die for! It was the coming of age of a young man. As an actor, I could see an amazing graph of the character.

Major Ravi told me they were looking for someone who would suit the role of a commando but also would look like Mr Bachchan in his young days. Like Mr Bachchan was in his youth, this character is also an angry young man. They also wanted somebody who could speak Hindi and Tamil well. I think I satisfied all that because I am now doing the film.

A lot of people told me that I would make a commando after seeing Unnaipol Oruvan. And here I am playing a commando in a rescue mission in my new film!

Who did you contact first after signing the film?

After I signed the agreement, the first person I called was Radhamohan and then Prakashraj. They were the people who introduced me to Tamil cinema. They were very happy for me.

'The father-son relationship is a key element in the film' 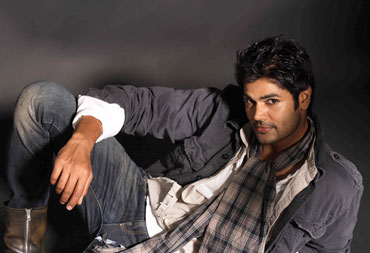 Do you have only action sequences in the film?

It is a lead role in the film, and I romance, do action and as well as emotional scenes too. Like I said, it's a role of a lifetime. I have a lot of scenes with both Amitabh sir and Lal sir.

As a commando, I work with Lal sir in the operations. There are some really good emotional scenes with Mr Bachchan, and I am really looking forward to the shoot. The father-son relationship is a key element in the film.

Where did you do your training required for the role?

Major Ravi gave me a lot of inputs on how to train myself. He told me what a commando should look like. I underwent all the physical training a commando undergoes in Colaba in Mumbai. I also trained myself in various martial arts. I met many commandos who were part of many operations and got tips from them. For the last 3-4 weeks, I am only talking to them. The way a commando looks is different from how a cop looks; he is more mean and lean. The leaner the better. Once you undergo such training, your respect for the armed forces goes up by leaps and bounds. 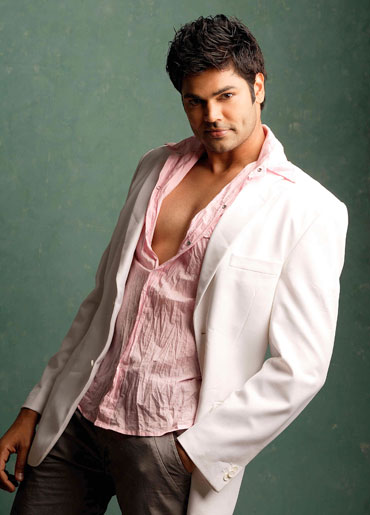 So this is a dream come true for you?

Yes, totally mainly because I am going to work with the two legends in the Indian film industry. Working with Major Ravi is also a dream come for me as he makes the best war films in India.

Would you be shooting any other film in between?

No. I am never in a hurry. I like living all my characters, and I don't like any distractions in between. I have always been like that.

When I started shooting for Abhiyum Naanum, I asked Radhamohan sir, "Sir what do you expect from me as an actor?" He said, "Ganesh, be a good student."

I like to work with people from whom I can learn the maximum. So I am following what he told me.

I have been lucky so far. I have been able to work with institutions in acting from Prakashraj to Kamal sir to Lal sir to Satyraj sir. I come from a very humble middle class family. I have no connections with the film industry.

Have offers been coming to you ever since you got this role?

You are right. Many people have started noticing me now. There has been a steady flow of offers, and I am happy.