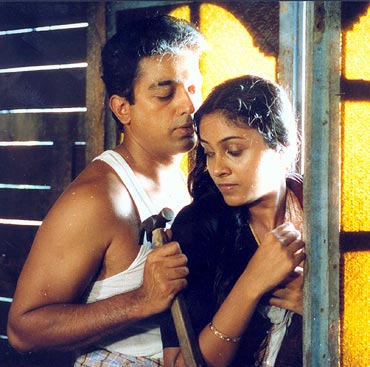 Image: A scene from Nayagan
Pavithra Srinivasan in Chennai

It isn't just actors who give their best for Mani Ratnam.

The ace director, who is ready with his bingual Raavan (in Hindi and Raavanan in Tamil), also has a knack for garnering the best technicians.

Here's a look at a few who blossomed and produced memorable work under his tutelage.

With Mani Ratnam, the composer has given some of his best music, creating signature tunes that were instantly recognizable with the movies.

The songs themselves were sensuous, enthusiastic or sorrowful, fully taking in the situation and turning them into focal points of the movies.

Rajadhi Raja became a sort of anthem for the youth for the late eighties. Ilaiyaraja's Rakkamma Kaiya Thattu with its brilliantly conceived instrumental arrangement, was among the songs listed in the BBC Top Ten poll.

It wouldn't be possible to list all the songs he composed but it's true that Ilaiyaraja's sensitive notes completed a Mani Ratnam movie experience. 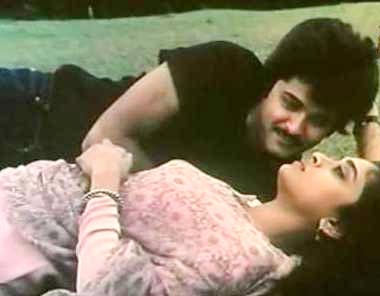 This cinematography graduate and gold medallist from FTII, Pune, followed his instincts with the camera and gradually became a film-maker of renowned movies like Moondram Pirai and Veedu.

The man was an established movie-maker when Mani Ratnam first approached him to be a cinematographer for his Kannada venture, Pallavi Anu Pallav.

Balu Mahendra, supposedly, wasn't very keen on working as a cinematographer. But Mani Ratnam's vision, his story-telling techniques and drive impressed him; he agreed to do the project.

The rest, as they say, is history. 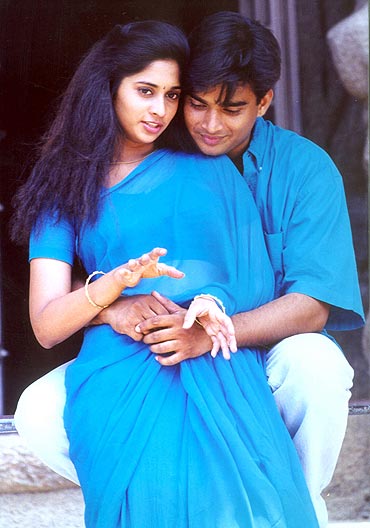 Image: A scene from Alaipayuthe

What P C Sriram achieved, as cinematographer in Mani Ratnam's films, is the stuff dreams are made of.

His has been the technique that revolutionized filming in the Tamil industry. He played with light and shadows in ways that produced entire new worlds, and gave flight to imagination that suddenly found new paths to pursue.

As for Alaipayuthe, who can forget the song sequence of Kadhal Sadugudu, or the scene where Madhavan meets Shalini after a prolonged absence, on a rain-filed quay?

No matter the years, the man still re-invents himself for every movie. 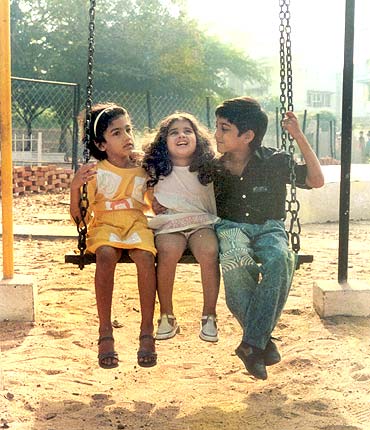 Image: A scene from Anjali

Whether it was the completely realistic slum settlement in Mumbai of Nayagan, the beautifully envisioned flat in Anjali, or the simple home with doors all over the place and colourful stained glass in Bombay, art director Thotta Tharani has always managed to bring any location to life, and add a touch of whimsy, with his aesthetic sense.

His work was indispensable in bringing a sense of realism to the movie as well. Small wonder then that he won the National Award for Best Art Direction for Nayagan.

Whatever the plot and characterization, Thotta Tharani's work has always added another satisfying layer to Mani Ratnam's films. 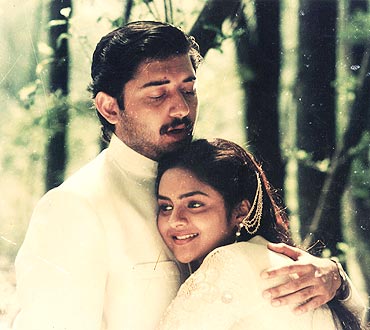 Talk about legends and here's another.

Much has been said of A R Rahman. Discovered by the ace film-maker himself and commissioned to tune songs for the terrorism-backed Roja (which eventually earned a place among Times' Ten Best Soundtracks of All-Time), A R Rahman achieved instant stardom overnight with his musical score.

A R Rahman had acquired a name for being able to come up with scintillating music for any situation.

But some said, with some truth, perhaps, that he reserved his best for his mentor. And in truth, the maestro's works always seemed to contain a speck more of melody and beauty when it came to Mani Ratnam's movies; he's been Mani Ratnam's music director for all his movies ever since Roja. 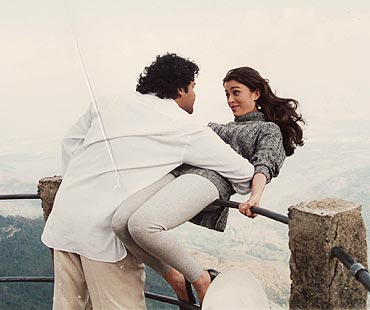 Image: A scene from Iruvar

If Thalapathi's cinematography, the picturisation of the intriguingly lit Rakkamma Kaiya Thattu, and the romantic interludes between Rajnikanth and Shobhana, were any indication, Mani Ratnam had landed with another extremely capable technician; one who could capture the beauty of Roja's simple Tamil village, or Kashmir's snow-studded peaks with equal capability and abandon.

Even more impressive was his work in Iruvar, as he shot Anandan in his quaint Kerala home, or followed him through old Chennai's sets, films within films.

For Uyire, he scaled the tops of a train, perched precariously, to shoot Chaiya Chaiya, and ventured from hilly terrain to the plains, to capture the film.

Not surprising that he won the Silver Lotus Award for Best Cinematography for the film.

And now, Ravanan promises even more daring attempts at bringing an epic to life. 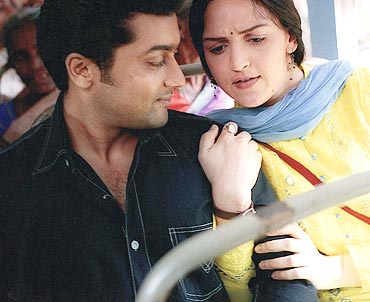 Writer extraordinaire Sujatha had a very unique style; one that brought his characters alive and moved away from cliched characterisations.

In Roja, he brought a young, na ve girl, newly married to a husband she doesn't really understand, to life. Whether it was family life or terrorist-infected Kashmir, his dialogues were spot-on.

Equally impressive was Uyire. For Kannathil Muthamittal, it was all about a young girl who's torn between her adopted family and her real mother.

Ayutha Ezhuthu was, again, different: it told the tale of three markedly different entities who come together at one unexpected point.

As a writer who worked very well with Mani Ratnam, he will be missed. 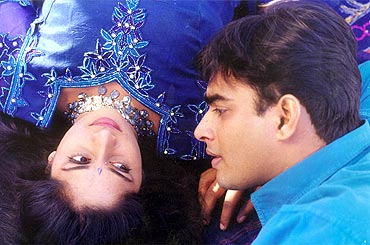 Image: A scene from Alai Payuthe

If Alaipayuthe, Kannathil Muthamittal and Ayutha Ezhuthu have that slick, neat feel to them, then the credit goes to editor, Sreekar Prasad.

A film editor is essential in deciding the swiftness of the movie and so far, Sreekar Prasad has distinguished himself in more ways than one.

For his perseverance and creative genius, he won the National Award for Best Editing, for Kannathil Muthamittal. 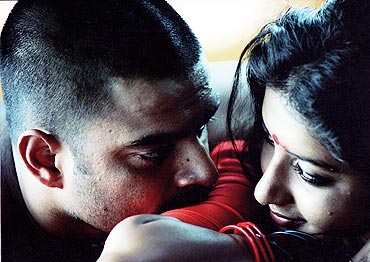 If you were impressed with the nbeautifully shot Nenjil song of Kannathil Muthamittal where a simply attired Simran cavorts on sandy stretches with young Keerthana as the sun plays hide and seek with the sea, or the lush forests and waterfalls of Kerala (which doubled up as Sri Lanka), you know whom the credit rests with.