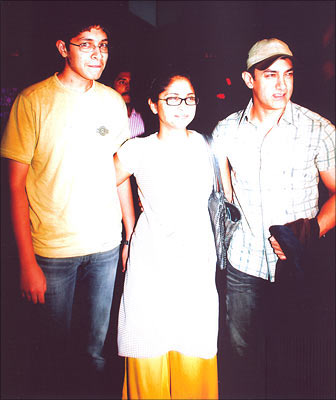 A well known superstar of the 70s, in fact India's original superstar was making tall claims about how much he loved his children and how he used to visit them regularly at their boarding school.

The eager journalist in an effort to pin down the details asked about the name of the school. The actor was unable to answer this question. So much for his claims about being a loving dad!

Thankfully the newer actors have changed. Aamir Khan and Shah Rukh Khan were married when they were just starting off in their careers. And there was no effort to conceal their marital status either. They are committed husbands and doting dads from the get go.

Here's a look at these new-age dads who sometimes even skip shoots for a sports meet.

This actor was in his late '20s when his son Junaid was born. Two years later parents at a well known Montessori school in Juhu (a suburb in Mumbai) were amused to see Aamir patiently waiting in queue to meet the principal.

That's Aamir Khan for you. And he didn't allow his divorce to change his equation with the kids either.

Aamir's son Junaid and his daughter Aira are always present at premieres and other important occasions in their father's life. 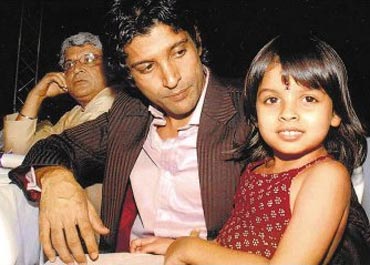 This sensitive actor grew up with his mom Honey Irani after his father Javed Akhtar moved out of the house.

People who know Farhan personally are impressed with his commitment to his kids. Farhan was clear that once he was married the marriage would be forever.

He has two daughters Shakya and Akira. Akira the younger one was born just after Don released so Farhan was happy to just be at home watching her grow up.

There are times when Farhan Akhtar checks into a hotel if he has to complete a script. Simply because when he's at home he keeps playing with the kids and doesn't get around to meeting his deadlines. 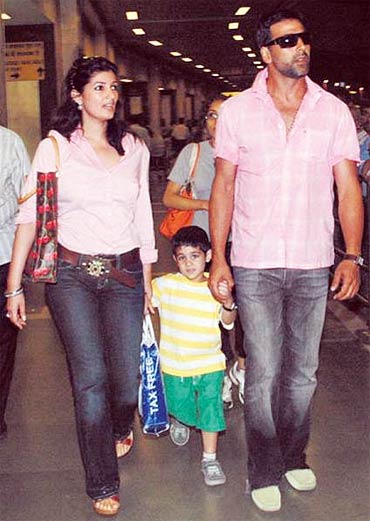 Saif Ali Khan sports a tattoo of his girlfriend's name. Akshay Kumar picked up the trend but it wasn't for his wife.

This macho actor had his son's name engraved on his back. Given the way his popularity has soared over the last two years, Akshay is a 'kingg' in today's market. But on the domestic front Akshay is happy to let his son Aarav bully him.

The few times Akshay steps out with his son he goes to great lengths to protect Aarav from the photographers.

Akshay and Aarav are regulars at the Mariott swimming pool (in Mumbai) but anybody trying to get close with a cell phone in hand is in for serious trouble. 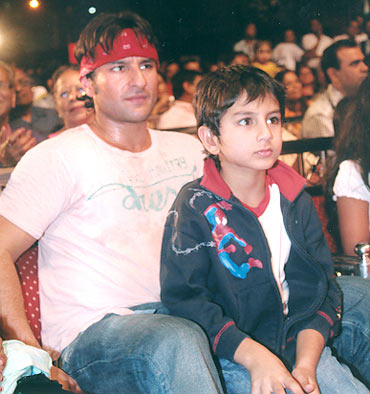 Kareena Kapoor may be the love of his life but Saif's kids are important to him too.

This actor was just about 25-years-old when he became a father. The few times he put in an appearance at daughter Sara's school he was mistaken for an older brother.

But irrespective of his relationship problems with his ex-wife Amrita Singh, Saif has always tried to be around for the kids.

Like most kids Sara and her younger brother Ibrahim are passionate about attending award functions. And it has become a familiar sight to see Saif seated with his two kids.

In fact at one function where there was an unexpected space crunch Saif had to keep his son Ibrahim on his lap right through the evening. 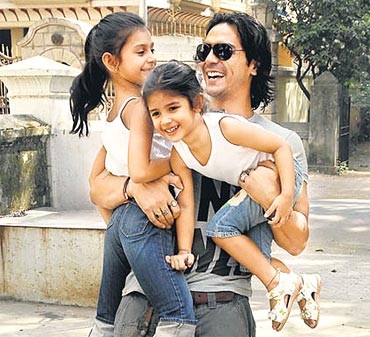 After Om Shanti Om, Rock On!!, Housefull and Raajneeti, Arjun Rampal is mercilessly chased for autographs.

And though he is enjoying his success he misses the days when he could step out with his daughters and simply have fun.

The proud father of two girls -- Mahikaa and Myra -- Arjun tries to spend as much time as possible with his kids.

These days his kids have just one request. They really do want him to give up smoking. And Arjun is determined to kick the butt for their sake.

Let's hope he's successful. Even SRK's kids have been nagging him about this habit for many years but so far they haven't been able to convince him. 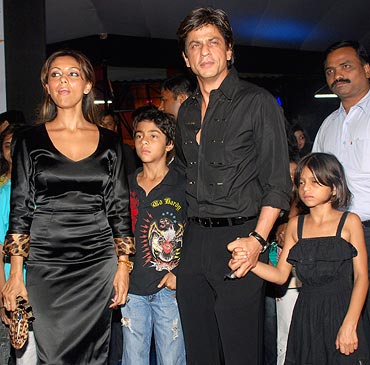 This actor may be at an event or a party till the early hours of the morning. But if he is in town he almost always makes it a point to drop his kids to school.

The busiest star in India who dons the hats of producer, actor, and entrepreneur simultaneously will rework his schedules at the eleventh hour and not hesitate to make even the bigwigs wait if he has to honour a commitment to his son or daughter.

A few years ago SRK accompanied them to the sets of Jassi Jais Koi Nahi so that they could meet Jassi (Mona Singh) in person.

And recently Shah Rukh personally called up Amitabh Bachchan and asked for extra passes to the Paa premiere as Aryan's friends were keen to attend the event. Amitabh of course being the perfect gentleman was only too happy too oblige.