Helming a Hollywood film in India 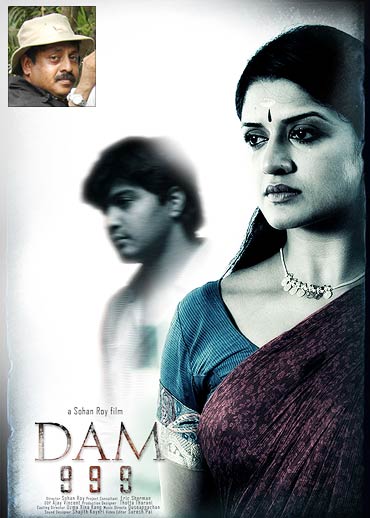 Image: A scene from Dam 999
Shobha Warrier in Chennai

Sohan Roy is a mariner and the CEO of Aries Group, a consortium of ten firms based in Dubai, Sharjah, Kochi and Singapore.

He is also the director of Dam 999, a Hollywood movie with 16 National Award winners associated with it.

The director admits that he is inspired by the 1975 Banqiao dam disaster in China which killed 250,000 people while making the film. He tells Shobha Warrier more in this exclusive interview. Excerpts:

You are a Naval architect by profession. How did you get to direct Dam 999, an English film?

Movie making has always been a passion for me. After my engineering, I did join the film industry for a short while but soon, I returned to my profession. Three years ago, I started an exclusive TV channel -- Marine Biz TV -- for the shipping industry.

I also collected a diploma in direction and production from a Hollywood film institute and started making technical programs for the channel. That was just the beginning.

Is it true that the idea to make Dam 999 came from the 1975 Banqiao dam disaster in China?

Yes. It was one of the world's worst man-made disasters. Around 250,000 people died in that dam collapse but the outside world did not come to know about this for 15 years. It was worse than what happened at Hiroshima and Nagasaki.

There is this Mullaperiyar dam and also the Idukki dam in Kerala. If something happens to these dams, 2.5 million people will be killed. I found that water from these dams can travel at a speed of 300 km/hr and when it reached Ernakulam, with 30 ft high waves! The largest population in Kerala is in Kochi. So, if something happens to the dams, the entire population of Kochi would be washed out.

That's when I realised that this is is not an issue that concerns Kerala or India only as there are 6000 dams across the world which have crossed their life span. Most of these dams are built either for irrigation purposes or to produce electricity, and it is not easy to replace them.

'The story is viewed from the perspective of nine characters' 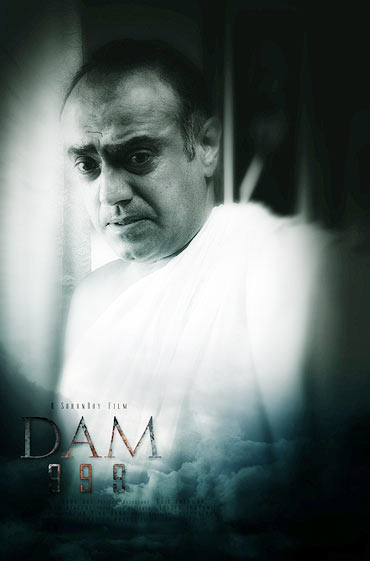 So, is your film about what happens when dams burst?

It is more than that. I have made the dam a symbolic representation. I feel every person in the world has an emotional dam inside him/her. If you don't release the pressure or express the feelings, it may burst.

I have written the story in such a way that it can be looked at from nine different angles. If you look at it as a simple dam bursting, its an action-packed thriller. It can be an action packed 70mm 3-D movie; it can also be an emotional film. It is up to the audience to see what is there in the movie.

You said you are looking at the story from nine different angles. Can you please elaborate?

The story is viewed from the perspective of nine characters. We have adapted 5000 years of Indian culture here. Natya Sastra by Bharata Muni is the oldest theatrical art form in the world. We have used the nava rasa to depict the nine characters.

Also, Ayurveda is an important aspect throughout the film. So also, vedic mathematics, kalari payattu and the vedas.

How will you make the western audience understand that each character symbolises each rasa?

We started a blog last year as a Sailor's Diary and through this blog, we let the world know about Bharata Muni, Natya Sastra, Nava Rasas etc. We have tied up with 200 film festivals in the world, and we have got slots in each festival to promote the film.

So, we are using these platforms also to talk about the concept behind our film. This information is to those who look at movies seriously. For all those who love to watch an action film, it is an action-packed one!

'The number nine is very important in the film' 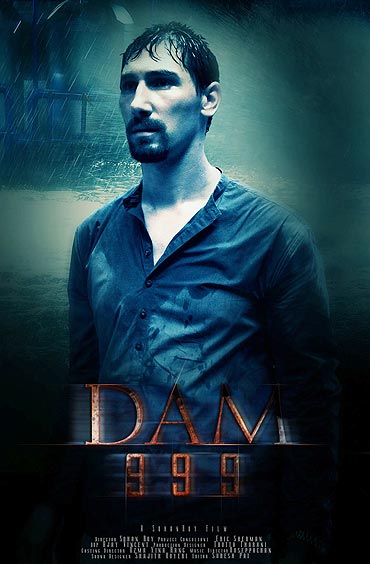 Who are the characters in the film?

Three characters are mariners (Vinay Rai, Joshua Fredric Smith and Megha Burman). These three men and their families go to a place where the dam is situated. The dam was made by a British guy whose sister stays in India. There is a connection between the dam and the characters. When the dam collapses, all these people are affected.

If you look at it from a mariner's point of view, it's their story. There is also a very good love story. We also show that you can lose your love in nine ways. The number nine is very important in the film. We have also titled the film Dam 999.

Who is Rajit Kapoor in the film?

He is an astrologer and also an ayurvedic physician. Ashish Vidyarthi plays Duari, the antagonist in the movie. Beebhatsa is his rasa, the rasa that symbolises disgust and aversion. Both of them are National Award winners.

How challenging was shooting the film?

We had planned the entire shoot meticulously, so it was easy. The first schedule was planned for 67 days but we finished in 65. I really enjoyed making the film. It was not tedious for me.

We have shot the film aboard the biggest ship in the world (350m long), a feat which will appear in the Guinness Book of World Records. 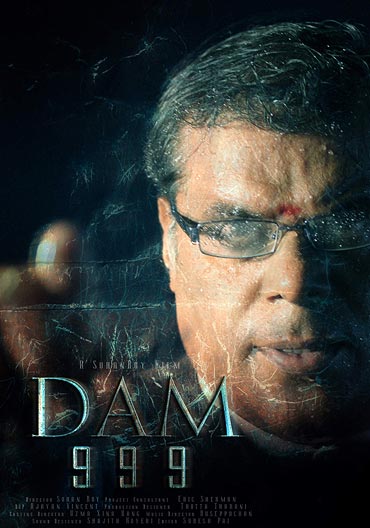 Why did you decide to set the story in India? Is it because you are an Indian?

Yes. We have the biggest film industry in the world but I feel we do not know how to market our products to the world.

For example, in the US, there are 25,000 theatres and 95 per cent of them are owned by the Motion Pictures Association.

The movies produced here go only to the remaining 5 per cent theatres which are independently owned. And 55 per cent of the world's revenue comes from the US market. So, if you don't make a movie to satisfy the requirements of the Motion Pictures Association, you can't exploit the market.

So, we decided to first register the movie under the Motion Pictures Association, which took a year to do so. There are a lot of formalities to be adhered to.

Do you have to make the film in English for that?

Obviously in English. After that, you can dub it in any language. The major characters speak in English and they have a reason to do so. The local people speak in the local language. We have English subtitles for these.

In Alappuzha mainly. Also, at Athirappally.

What do you want to tell the world through the film?

That all dams which have crossed their life span can create disaster. That is the real purpose of the film. Also, I want to show the world how a film with international standards can be made by Indians in India.

So, will you have an international release of the film?

It will be released in December in more than 3000 theatres worldwide simultaneously. We are also looking at all the markets. For example, China is a market that is huge and ready to accept Hollywood films. It can be either dubbed or subtitled. We are doing proper market studies to find out how to penetrate the untapped areas.

Distribution of the film will be done by a studio in the US. We will also submit the film for the Oscars.