Setting trends with Mummy & Me! 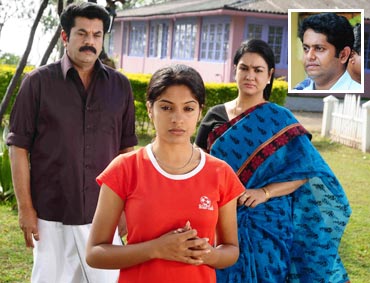 Writer-director Jeethu Joseph (inset) is on cloud nine after the success of his latest Malayalam film, Mummy & Me.

The film, which stars Urvashi and Archana Kavi as mother and daughter, has become the flavour of the season. Archana plays a teenage daughter who rebels against her mom's strict ways.

Jeethu has earlier directed a thriller, Detective, which was also noted for its presentation and lucid style.

The filmmaker talks exclusively to rediff.com, about his latest film and more.

Mummy & Me had no big star cast and didn't follow the formulaic pattern.  Were you confident about the film's prospects?

I knew we were dealing with a genuine subject and after writing the screenplay, I believed that it could be acceptable to the family audience. Yes, we didn't have a huge star cast and I had just done a film before. But still, we had confidence about the theme and we worked hard on the pre-release promotion, and it worked.

'I think proper promotions should be done before a film releases' 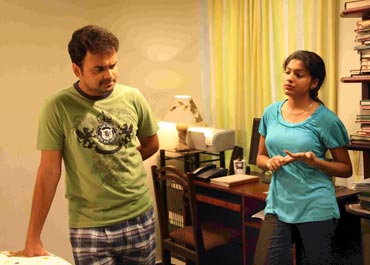 Do you think it is easy to market genuine experiments in Malayalam?

I think it is crucial to have a producer who is supportive. According to me, the main reason for the success of Mummy & Me is its producer, Joy Thomas Shaktikulangara. He believed in the subject and gave me total freedom.

Also, I think proper promotions should be done before a film releases. Or else, it may take some time to reach the audience and by that time, it would have left the theatres. Of course, things could be different for films starring superstars.

Your debut film, Detective, was an investigative thriller. Did you deliberately go for a subject that belonged to an entirely different genre?

Exactly, most of the producers who I talked to after my first film wanted me to do an investigative story. But I didn't want to be branded and decided to changed tracks. 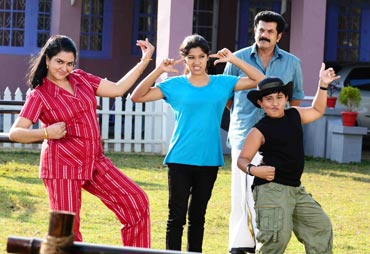 How did this theme of Mummy & Me come to you?

I had this subject in my mind even while I was making Detective. I have witnessed some rift between daughters and their moms at a particular age. Though it was interesting to see them fight so ferociously at times, I could relate to the mom's worries.

I watched if it happened in most homes and found out that it did. The mothers are often worried about the safety of their children. At times, the situations get worse when the daughter becomes more rebellious.

Mummy & Me also dealt with the Internet and chatting, which was not taken kindly by the audience...

My first concern was how to visualise it, especially since things like audio chatting weren't common four years ago, which was around the time I was writing the script.

I have been accused of supporting chats [laughs], which I think is not right at all. I know of several cases where chatting has led to many issues. All I can say is that there are pros and cons to every issue. You have to be mature in your choices.

'The film is already regarded as some kind of trendsetter' 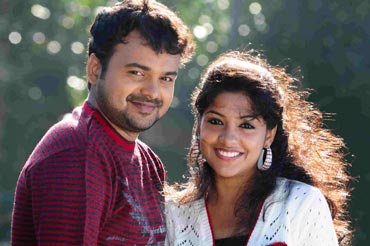 If you were to start making the film again, how different would it be?

I may not change the script much. Maybe the way it was made. While we were making the film, the producer was ready to shoot some songs abroad, but I didn't want to exceed the budget in any way. If I had known that it was going to be received so well, I wouldn't have limited myself to the budget [smiles].

Do you think the success of Mummy & Me will give more confidence to filmmakers to experiment with fresh subjects, without a big star cast?

Absolutely. That is exactly what most people from the industry tell me. What worked here was that viewers found it easy to relate to the events shown in my film. We have used situational comedy and the response to some of the funny moments, especially with the young boy, is just amazing.

The film is already regarded as some kind of trendsetter and that is quite heartening. Now I can say with confidence that if we make a good film with a genuine subject, it will be accepted. 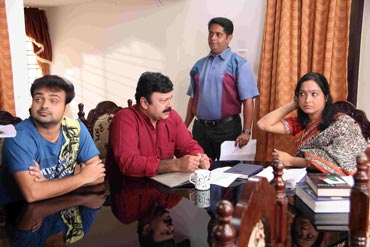 Did you decide to make the characters loud deliberately?

I had in fact wanted Urvashi to play the character a bit louder than normal. I feel that the whole issue got noted because it was loud.

Of course, it could have been subtle and serious but then the problem is, the crowds won't come to watch it. I think they are entertained. Plus there is also a message.

I have three scripts with me, a thriller, a love story and an action drama. I haven't decided on which to take first.